All you need to know about Erling Haaland's international football career

By Mutwanga (self media writer) | 9 months ago 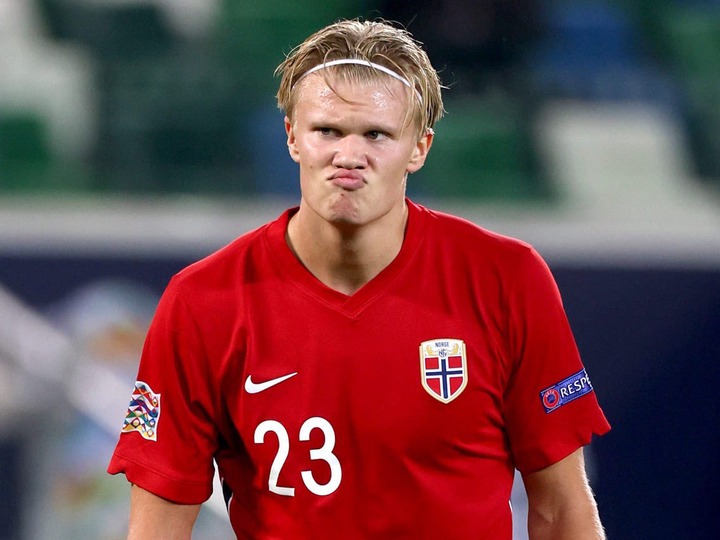 Erling Braut Haaland (born July 21, 2000) is a Norwegian striker who currently plays for Bundesliga club Borussia Dortmund and the Norwegian national team. Haaland is a prolific goalscorer known for his speed, athleticism, and strength, garnering him the nickname "The Terminator" from many of his fans. He is widely regarded as one of the top strikers in the world.

Haaland has represented Norway at numerous age levels and has played for them. Haaland scored a hat-trick against Scotland in a 5–4 win for Norway's under-19 team on March 27, 2018, to enable his country qualify for the 2018 UEFA European Under-19 Championship. In a 1–1 draw against Italy during the tournament finals on July 22, 2018, Haaland scored a penalty. Haaland scored nine goals in Norway's 12–0 triumph over Honduras at the 2019 FIFA U-20 World Cup in Lublin, Poland, on May 30, 2019.

This was both Norway's biggest ever U-20 win and Honduras' biggest ever loss. Haaland also set a new U-20 World Cup record for the most goals scored by a single player in a match, with the result also being the tournament's largest win by any side. Despite the fact that the Norwegians were eliminated in the group stage and Haaland did not score in any other games during the tournament, he was awarded the Golden Boot as the highest scorer.

On 28 August 2019, manager Lars Lagerbäck nominated Haaland to the Norway senior team roster for UEFA Euro 2020 qualifying matches against Malta and Sweden; he made his senior national team debut on 5 September 2019 against Malta. In a 1–2 loss to Austria in the 2020–21 UEFA Nations League B, Haaland scored his first senior international goal for Norway on September 4, 2020. He scored a brace in a 5–1 win over Northern Ireland three days later. Haaland earned his first international hat-trick in a 4–0 win against Romania in a Nations League B encounter on October 11, taking his senior team record to six goals in six games. 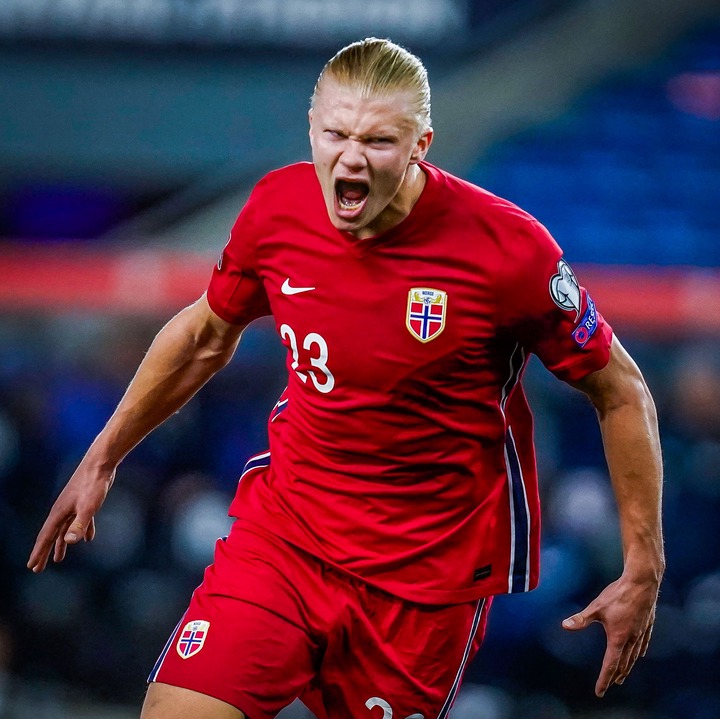 Haaland scored five goals in three World Cup qualification matches during the September 2021 international break, including a second hat-trick for Norway in a 5–1 victory over Gibraltar.