Gabriel and a friend were followed home from a night out by two robbers. 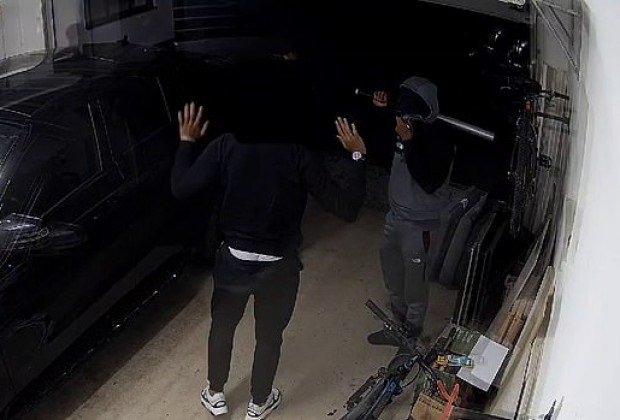 The thugs attacked him at his home in north London in August this year.

The footage of the incident has since been spread on social media. However, the footage was first seen by the court.

in the video, the 23-year-old footballer is seen defending himself against the criminals after parking his Mercedes at his home in Barnet, north London.

The robbers demanded Gabriel’s car keys, mobile phone and watch as he got out of his vehicle. One of the attackers then lunged at Gabriel with the bat, but Gabriel struck him in the face and wrestled with him, grabbing his hat, until the robber wriggled free and ran off.

The Police were able to catch them and one of them who is going by the name of Abderaham Muse, was slapped with a five-year-jail term.

"These people need to learn to stay off arsenal players, just because these boys look cute and fancy doesn't mean they can't defend themselves. I'll like to see someone try Tomiyasu, some ninja king fu shii gonna take place," wrote Albert. 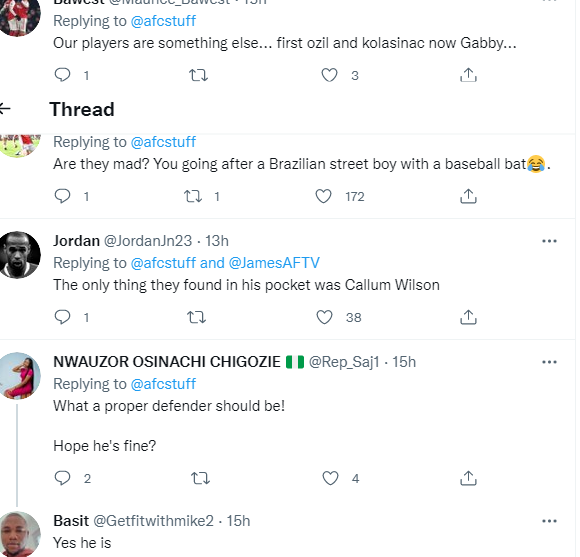 Residents of Seshego are busy taking legal and illegal foreign nationals out of them homes. Read

No sign of life after best friends disappear while fishing