Pirates skipper Jele has missed out on three CAF trophies - is he unlucky?

Orlando Pirates skipper Happy Jele is one of the oldest players at Mayfair and he's edging closer to his retirement. It's unfortunate that he couldn't lead Pirates to their first CAF Confederation Cup trophy against RS Berkane yesterday at Uyo, Nigeria. As the Sea Robbers lost 5-4 on penalties against Berkane as both teams finished the game on a 1-1 draw. Since, it was a final and there had to be a winner on the night. One would have easily said that the Buccaneers failed to punish Berkane within the regulation time. However, their lack of consistency as well as scoring goals was visible against Berkane.

Within the statistics, Bucs had six shots on target, with one going in and other five chances were missed. At least Pirates could have burried three chances to put Berkane under pressure. Meanwhile, the Moroccan giants only had two shots on target, one being a penalty that they scored. This gets to show that they were fighting for the penalties which is where they hurt the Buccaneers to become the CAF Confederation Cup winners this season. By the looks of things, this might have been Jele's last chance of winning the CAF silverware. 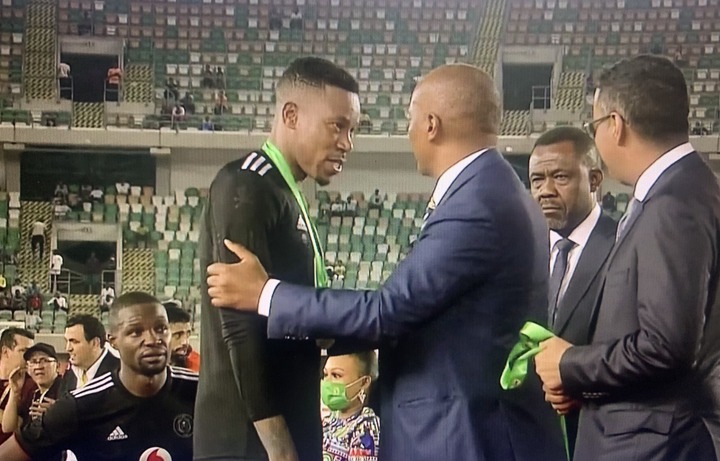 What's painful is that the central defender had three opportunities to get some continental success, but failed. This is seen as unfortunate as he could have easily lifted the trophy especially against Berkane. Jele was part of the team that lost some CAF silverware in 2013, 2015 and now 2022. "❌ 2013: CAF Champions League final. ❌ 2015: CAF Confederation Cup final. ❌ 2022: CAF Confederation Cup final. Happy Jele has been there three times," wrote @iDiskiTimes on Twitter.