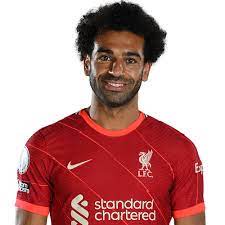 Egypt captain Mohamed Salah's brilliant assist sparked a comeback that earned Egypt a 2-2 World Cup draw in Angola on Friday, as well as a place in the final African qualifying stage.

The Liverpool midfielder pushed the ball between two defenders, and onrushing Arsenal midfielder Mohamed Elneny slammed the ball into the net to cut Angola's lead to 2-1 at the half.

Just before the hour, Akram Tawfik equalized with a deflected shot, and the draw gave Egypt an unassailable four-point lead over Gabon in Group F with one round remaining.

Meanwhile, Algeria extended its unbeaten streak in competitive and friendly matches to 32 games by defeating Djibouti 4-0 in Group A in Cairo, with recent West Ham recruit Said Benrahma scoring twice.

Algeria broke the African record of the Ivory Coast in June and is now aiming for the world record of 37 matches set by Italy this year.

Helder Costa, the Leeds United winger on loan to Valencia, gave Angola the lead in Luanda, which was doubled when M'Bala Nzola converted a penalty.

Salah, who was named Premier League Player of the Month and Goal of the Month on Friday, was the center of attention, with several fans racing onto the pitch during the game to take selfies with him.

Egypt assistant coach Roger de Sa, who is South African-born, praised Salah, calling him a "respectful professional who is a pleasure to work with."

"He is one of the best players in the world, but he is so humble." His conduct in the run-up to the Angola game was exemplary."

The only setback for the Liverpool striker was extending his personal goal drought to four games after scoring in 10 consecutive games.

He even found time during the game to act as a peacemaker after a scuffle near the Egypt bench threatened to escalate shortly after his team leveled. 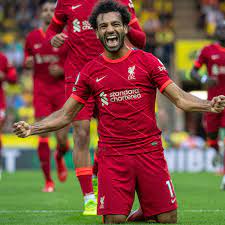 After Egypt coach and former Real Madrid manager and Manchester United assistant Carlos Queiroz was pushed by an Angolan player, Salah calmed his teammates and opponents.

The final stages were devoid of incident, with both teams seemingly content with a point as Egypt moved closer to a fourth World Cup appearance.

They were invited to the 1934 tournament in Italy, and they qualified for the 1990 finals in the same country, as well as the 2018 tournament in Russia.

Egypt is the fourth group winner, following Senegal, Morocco, and Mali, to secure a place in the two-leg play-offs next March, which will determine which five African teams will compete in the 2022 World Cup in Qatar.

The remaining six spots will be decided by Tuesday, with African champions Algeria, Nigeria, and Tunisia all expected to qualify.

The other sections are being fought out by Ivory Coast and Cameroon, South Africa and Ghana, Benin and the Democratic Republic in two-team battles.

Morocco is the only team with a perfect group stage record, with a 3-0 'away' win over Sudan in Rabat giving them 15 points from five Group I games.

Sudan was supposed to play at home, but due to a lack of international-standard stadiums, the game was moved to Morocco's capital.

Arsenal talisman Pierre-Emerick Aubameyang scored a penalty to give Gabon a 1-0 win over Libya in Franceville.

Burkina Faso, which was severely depleted by forward injuries, fell two points behind Algeria after drawing 1-1 with Niger, while Guinea remains winless in Group I after a 0-0 home draw with Guinea-Bissau.

Unexpected moments captured which will just leave you amazed.

Pray On These 7 Things Before You Sleep Tonight, They Are Very Important