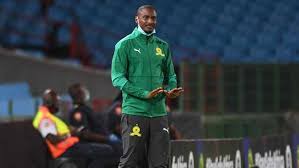 Mamelodi Sundowns co-coach Rhulani Mokwena could cause strains in the relationship between Orlando Pirates and Bafana Bafana and in general the big teams following his recent comments.

Sundowns started their journey in this season's CAF Champions League in the second preliminary round, where they travelled to Democratic Republic of Congo to face AS Maniema Union, in the first-leg.

Given how well the Brazilians have done in the early stages of the competition, it was perceived that they would get an easy win against an inexperienced side in the CAF Champions League but they twice blew away a lead to draw 2-2, with the second-leg in Tshwane now in the balance, although Sundowns have the advantage of having scored two away goals. 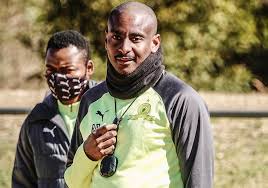 After the match, Mokwena lambasted Bafana for always bringing the players back at Sundowns injured or loaded.

The Brazilians missed the likes of Rushine De Reuck, Mothobi Mvala and Lebohang Maboe, after they were exhausted or got injured in their time with Bafana.

"It's a bit disappointing that even in the previous camp Thapelo [Morena] returned injured. He's not back yet and we're still trying to get him back into the groove by giving him a couple of minutes today," Mokwena said, as per Kickoff. 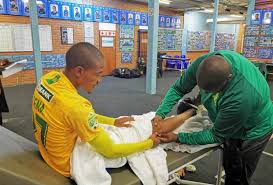 "Then you have the situation of Mothobi Mvala who is so important for us, particularly for this African sojourn and this assignment with his physicality.

"Then he comes back from Bafana and he's injured you know, then also Rushine de Reuck in our previous match against Swallows doesn't finish the game as a precautionary measure."

Mokwena also went on to complain that in addition, Thabiso Kutumela was not at his best in Congo, as he had a mascular issue and blamed the Bafana coaches for overloading the players. 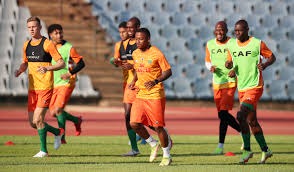 The former Orlando Pirates coach went as far as including the Buccaneers winger Vincent Pule in his tirade.

"I see Vincent Pule is also out and that is something that has to improve," he said, questioning Bafana's training methods and medical department.

The Buccaneers have not had a smooth relationship with Bafana, as recently coach Hugo Broos was denied entry at Orlando Stadium, as a national team coach, by the security personnel, in a match involving Sundowns. 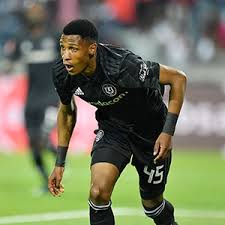 Pirates also ahead of the 2021 Cosafa Cup withdrew three players, ironically Pule, Tshegofatso Mabasa and Bongani Sam, citing the fear of overloading the players after a long season.

And after Pule's recent injury and Mokwena's comments, Pirates' stance towards Bafana may get worse, which is not good for the national team.

Man U 3-2 Arsenal: 2 Wrong Tactical Decisions Made By Arteta That Made Them Lost The Match

Watch : This Is What Was Spotted When Looters Stole From A Truck