3 Big Players Arsenal Could Sign In The Coming Weeks

Arsenal will go to Anfield for the first leg of their EFL Cup tie against Liverpool today, and will be without several of the club's most productive players.

Obviously, Arsenal have a world-class starting XI, but they are short in quality replacements for some of the club's most prolific players. Thomas Partey, Ghana's midfield maestro, would be absent from the match because he is currently participating in the AFCON.

In contrast to Manchester City and Chelsea, Arsenal do not have enough replacements for some of its key players in the event of an injury or participation in a continental tournament.

Prior to the need for quality players at London Colney, the Gunners are reportedly on the lookout for additional players and are committed to maximizing the club's present roster because that is the only way they can remain competitive and compete for a place in the Premier League's top four.

Three quality players that are purportedly on Arsenal's radar this summer have been assembled in today's post, with rumors claiming that the Gunners are looking to rebuild their squad this summer.

Arsenal are in communication with FC Palmeiras, a Serie A club from Brazil, according to multiple publications in the United Kingdom. Mikel Arteta needs to strengthen his midfield in order to get skilled and versatile midfielder Danilo Oliveira in summer transfer window, as Granit Xhaka has struggled to maintain consistency in his performances this season. Given the fact that degaard was occasionally assigned to the attacking role and Lokonga was still learning, it was Lokonga's gaffe that resulted in Nottingham Forest's winning goal against Arsenal in the FA Cup.

That the Gunners are on the prowl for the signature of this Serbian gem is no longer a new rumor to circulate. The Gunners are fielding only Alexander Lacazette and Gabriel Martinelli as attackers for the time being, with Aubameyang out from the squad. Even when he is present, the Gabon international fails to produce. Arsenal are in desperate need of a player with the threat of Vlahovic.

According to goal.com, Arsenal and Juventus are now negotiating a loan agreement that will see former Barcelona midfielder Arthur Melo join the north London club on a temporary basis. The truth is that Arteta is well aware of the many issues that need to be addressed in his midfield and attack, which is why he has only made contact with midfielders and forwards. 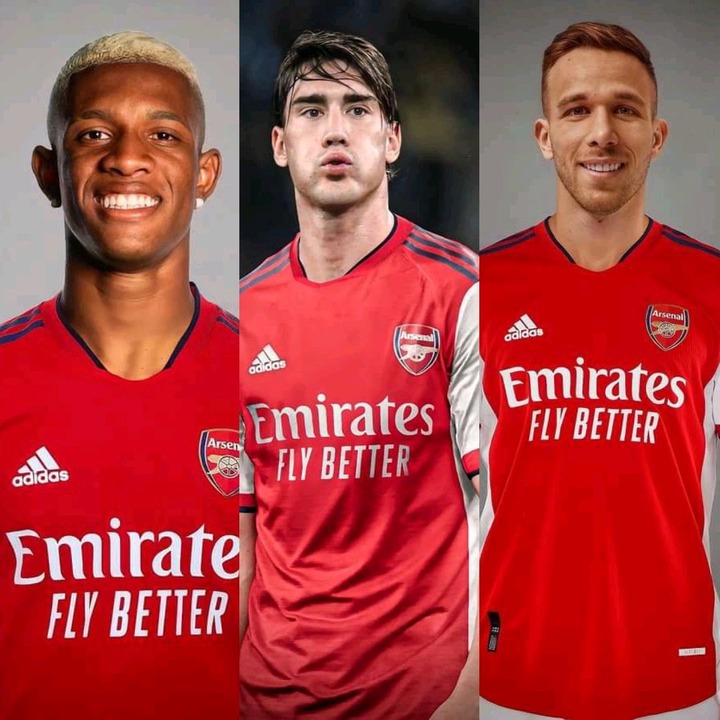 Who do you think Arsenal should recruit from this group of players? Fill in the blanks with your responses in the comments area below.