Who is Mosimane and Sundowns after? Mamelodi Sundowns coach Pitso Mosimane has already made three major signings ahead of next season as part of refreshing the squad. George Maluleka, Lesedi Kapinga and Malebogo Modise to increase competition among the current players who have been with the club for quite some time. But the club isn't done yet and Goal takes a look at several players, who are in their mid-20s, who Sundowns and Mosimane are after.

Sundowns have already made their move for the acquisition of Motupa from Bidvest Wits. While the deal is yet to be announced, Goal understands that it's as good as done and Motupa will complete his move to Sundowns at the end of the season. Despite his struggles at Orlando Pirates a few years ago, Motupa took his football to another level at Baroka and again at Wits, and his goalscoring prowess couldn't be ignored by Pitso Mosimane. 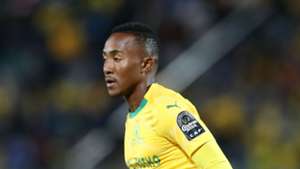 Domingo, 24, is another player who could be on his way to Mamelodi Sundowns for the new season. He's a natural No.10 with solid defensive abilities - and Mosimane could be preparing for the retirement of Hlompho Kekana and Tiyani Mabunda. But first, Domingo must get used to how Sundowns play and learn from the duo in order to reach his full potential but he's certainly a good player for the future. Mosimane is a big fan of Modiba and the club attempted to sign him from SuperSport United in January. However, Matsatsantsa turned them down and decided to extend the left-footer's contract for the next four seasons. Sundowns have made a return and are ready to trigger Modiba's buy-out clause ahead of the upcoming campaign, with reports suggesting talks between the two teams are at an advanced stage. Mosimane fits the bill in a sense that he's not only a left-back but can also play as a left-winger and score goals.

“Sundowns are said to be highly impressed with El Berkaoui after watching his blistering performances for HUSA in the local championship, as well as the Confederations Cup. The 24-year-old has scored eight continental goals for The Gazelles this campaign, leading them to the semi-finals of the competition, where they will face fellow countrymen RS Berkane. Sundowns and Hassania have developed a good relationship and when the two clubs faced Al Ahly and Al-Nasr in Egypt a couple of months back, they exchanged knowledge and experience, as well as gifts during their stay,” the website added. 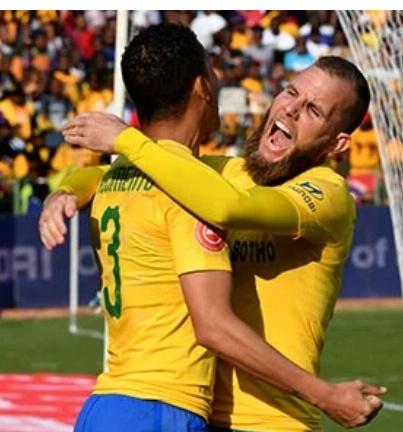 Goss has gained experience during his time with the Students. His pending move to Mamelodi Sundowns is as good as done, and it's now up to the club to announce it, according to reports. At 26, Goss still has a lot to offer the local game and he's certainly the kind of player Sundowns need right now to be an understudy to both Denis Onyango and Kennedy Mweene, who in the twilight of their careers. And with Reyaad Pieterse considering leaving the club due to a lack of game time, Goss will certainly be a welcome signing.

The Tshwane giants have also been linked to other stars, but these six already amass a whopping total estimated value of R52-million, according to transfermarkt.com.

“According to Maghrib Foot’s sources, Mamelodi Sundowns have made a surprise bid for the services of Karim El Berkaoui , the current top goalscorer of CAF Confederation Cup and star man at Hassania Agadir. The offer submitted, via the player’s representatives is believed to be worth up to ten million dirhams (€0.92m). A potential move would make him the first ever Moroccan to play in the South African top-flight,” maghribfoot.com said on their official website.

Mamelodi Sundowns Have Made A Bid To Land The Services Of ... 1970, Viewed 16 September 2020, <https://www.soccerladuma.co.za/news/articles/local/categories/mamelodi-sundowns/mamelodi-sundowns-have-made-a-bid-to-land-the-services-of-karim-el-berkaoui/680066>.