Throwback: Remember this lanky Bafana striker and how much he was earning at Rangers 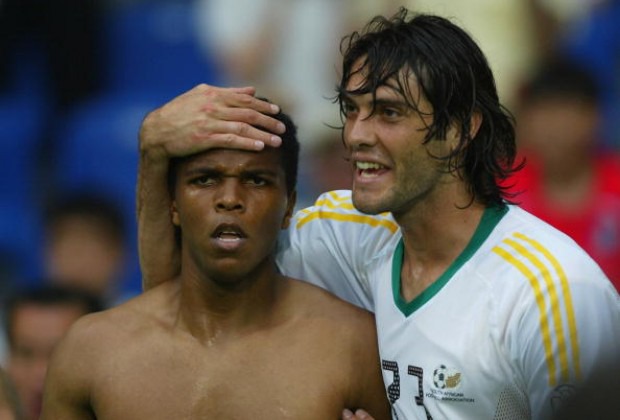 The big three were dozing off "When questioned about a possible move to one of the PSL's three biggest teams, Koumantarakis responds to Kickoff.com.

"The big three approached me and invited me to come, but I was young and didn't want to sit on the bench.

"I'd rather play for less money than wait on the bench or compete for a place that I might not obtain. Because those major three teams are constantly signing strikers.

"So I said, "Let me wait a while," and it worked out perfectly because I moved to SuperSport, which was becoming one of the major teams at the time. For me, they paid half a million rand.

"As for the big three, if they truly desired me, they would have pursued me more aggressively." They were conversing with me and such, but eventually I realized, "You know what, this isn't going to be a good fit for me."

The former PSL Golden Boot winner, who was born in Greece but reared in Durban, will be remembered for leading Manning Rangers to their first-ever PSL victory in the 1996/97 season. 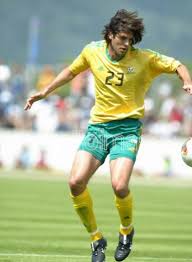 "I started in the NSL's third level, where I was a top goalscorer at the age of 16, and I was with Mike Makaab at that semi-professional side, and then Clive Barker called me to come play for AmaZulu in the NSL." In 1992, I was earning R500 per month. It wasn't much.

"When Mike Makaab went to Manning Rangers half-way through that year, I signed with them." That was the time when I had a lot of objectives and we had won the PSL.

"I came in second place [in the standings] after Wilfred Mugeyi. The next year, I moved to SuperSport and finished as the league's top goalscorer."

Koumantarakis also spent time with FC Basel in Switzerland, where he played in the UEFA Champions League.

In addition, the lanky striker represented Bafana Bafana at the FIFA World Cup in Korea and Japan in 2002.

The 47-year-old now runs his own property management company.

I've got my own company, and you can watch me on SuperSport as part of a show called 'Life After Football.'" In two days, you'll be able to capture it.

"You can see what I'm doing then" (laughs). Because I work in real estate, I possess a lot of property, all of which is industrial.