The new manager at Old Trafford expects his full backs to provide lots of offensive output, which suggests that there may be a shift in team selection as a result of this transition. 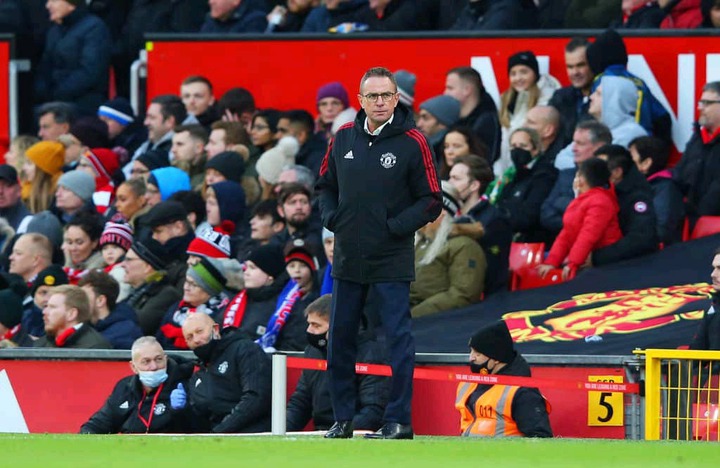 However, even though the German coach only managed a 40-minute training session with his players after meeting them for the first time on Friday, the team's win over Crystal Palace on Sunday provided clear evidence that his ideas and perspective were already being grasped by the Manchester United squad.

In keeping their first home clean sheet since April, the Red Devils maintained the control that Rangnick had urged them to maintain throughout the game. The gegenpress that many had predicted would accompany Rangnick's arrival was also noticeable, albeit not for the entire 90 minutes.

After mostly using a 4-2-3-1 structure under Ole Gunnar Solskjaer, Rangnick switched to a 4-2-2-2 shape, igniting debate about which players will succeed and who will struggle in the new formation.

Because of Rangnick's system, his full-backs must press forward and create an attacking threat from wide areas, particularly when his attacking midfielders come inside to link the play.

Aaron Wan-Bissaka, a Manchester United defender, will be punished in December for driving offenses, according to Sky Sports.

However, such tactics are not revolutionary in today's football world, with full-backs expected to participate in their team's attacking play; however, it is something that has not been as important at United in recent years, owing to the formation in which they have largely played under Solskjaer's leadership.

Wan-Bissaka is one of the best defensive full-backs in the Premier League, especially when faced with 1v1 situations, but he struggles when tasked with delivering crosses into the penalty area. Rangnick, on the other hand, does not have the luxury of time.

Five players who have demonstrated to Ralf Rangnick that they are capable of being a part of his Manchester United strategy.

The England international has lately been replaced by Diogo Dalot, who the manager believes is a more attacking-minded fullback than the previous player.