The club recruited a promising striker by offering him a rumoured two-year deal to join the club, according to a source.

Orlando Pirates, Kaizer Chiefs, and AmaZulu FC are all said to be interested in Chippa United striker Bienvenu Eva Nga. According to recent rumors, Orlando Pirates were leading the battle for the striker, who had his best season in the PSL in 2021/22, scoring 10 goals in 29 games.

Chippa United avoided relegation in the 2021/22 season, which was a slight improvement over the previous season, when they relied on the relegation/promotion playoffs to save their place in the league.

Bienvenu Eva Nga's 10 goals were crucial to the club's improved performance and avoidance of relegation, which not only secured their place in the top flight but also piqued the interest of clubs after his signing.

The Orlando Pirates are thought to be leading the fight for his signature, and a source has stated that the club has presented a two-year offer for him. Chippa United has exercised the option in his contract, implying that the reported transaction will benefit Chippa. 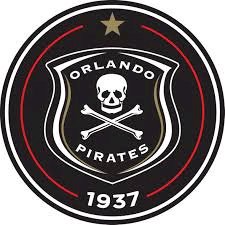