DStv Premiership has banned a crucial member of Kaizer Chiefs.

After being banned by the PSL, Kaizer Chiefs will be without one of their important players in their match against Maritzburg United.Njabulo Blom will not play for Amakhosi versus United in the DStv Premiership on Sunday.Due to the accumulation of yellow cards during this season's PSL campaign, he will face a one-match suspension, according to iDiskiTimes. Blom has played an important role in Stuart Baxter's team.

In the midfield, Anthony Akumu or Kearyn Baccus are set to replace the Chiefs utility player.As Baxter attempts to implement his rotation program, Njabulo Ncgobo could possibly feature in the middle. Blom is expected to return for Amakhosi's match against Cape Town City on December 4th.

Chiefs face Swallows in Dobsonville on Sunday, with Amakhosi hoping to bounce back following a disheartening 1-1 draw against AmaZulu. 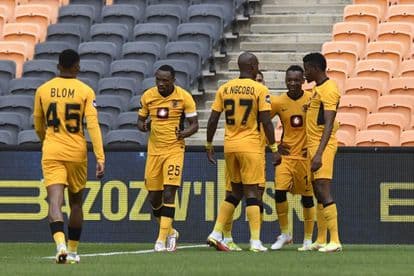