By JohnexyD'light (self media writer) | 2 months ago

At the main 20km race of the Sappi Scottburgh Trail Run Weekend, Sarah Gray and David Lamont respectively proved to be the fastest runners in the women's and men's categories. 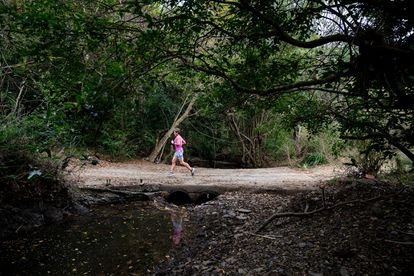 Gray was destined to win the competition heading into it.

In the Quattro ROAG Series, she is presently in first place.

THE HONORS GO TO SARAH GRAY TO EXTEND SERIES LEAD

In addition to winning the women's race and taking third place overall, Gray lived up to the hype leading up to the competition.

Following her second consecutive ROAG Series victory, Gray commented, "It was fairly difficult today with a lot of up and down but there was some decent single track and it wasn't too tricky."

The morning spent on the trails here was wonderful because it was lovely running through the forest and sugar cane. 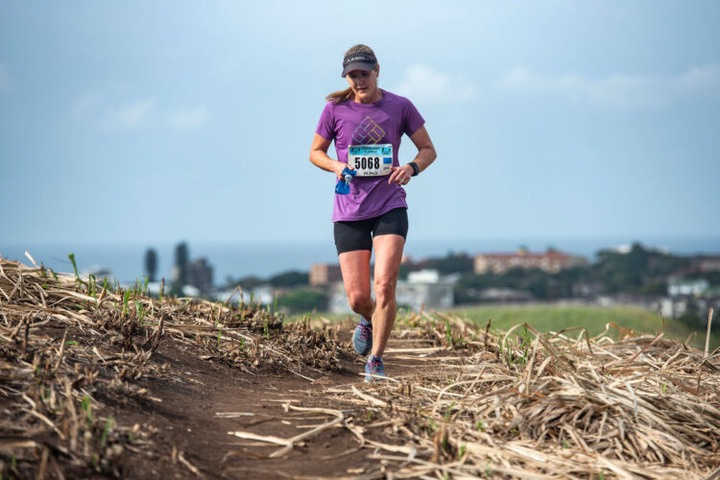 In contrast to what Gray might have anticipated, the contest wasn't straightforward.

Gray was under siege from Kimberley Anderson in the last moments, but she was relieved that she managed to hold on and win.

"With a few kilometers left, I could see her behind me, so I knew I needed to push myself a little harder, but I was able to hold her off.

I'm pleased with my victory tonight, and it's another successful ROAG Series performance for me.

Lamont, a seasoned competitor, easily defeated Scottburgh native Merrick Kennedy in the men's race by a margin of five minutes. Lamont enjoyed his hike through the KZN South Coast trails and will be returning for the MTB competition on Sunday.

Lamont commented, "It was fantastic out there today and the trails were good and incredibly well defined and the water tables were great, it's always a delight coming here.

"I believe I've completed every MTB race in this area, and adding the trail run is fantastic—it should definitely be on people's bucket lists!

Lamont moved to the front of the pack and didn't glance back the entire time.

Because I'm a master and they always come through and give me a hiding, I was hoping the kids would be here! I'm hoping the younger guys can break through next year so we can have a true dice.

In the 12 km race, Bongani Makathini dominated the field, winning by more than four minutes over Gregory Hodgkinson and Dumisani Hlongwane.

GREAT WEEKEND IS HOSTED IN SCOTTBURGH

The women's 12 km race was won by Kristen Hulley, with Diane Wearne coming in second and Kevishinee Perumaul rounding out the podium.

Luke Newlands won the 5km race, the shortest competition of the day, ahead of Kevin Rainier in second and Kayleigh Lindeque, the first female finisher, in third.

Prior to Jane Dammann in second and Melanie Nadasen in third place, Lindeque was the fastest woman in the competition.

On Sunday, the MTBers will continue the competition with the 40-kilometer marathon and 20-kilometer half-marathon on the South Coast trails.

Content created and supplied by: JohnexyD'light (via Opera News )