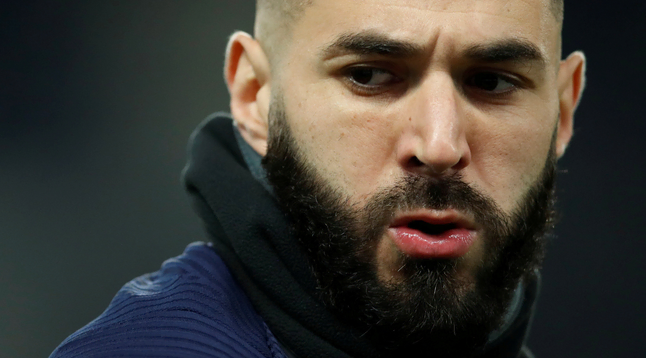 Versailles, France – On Wednesday, a French court sentenced Real Madrid striker Karim Benzema to a one-year suspended sentence for his role in attempting to blackmail his former France teammate Mathieu Valbuena with a sex film.

The punishment was harsher than the one requested by prosecutors against the 33-year-old star in connection with the 2015 extortion attempt, which resulted in Benzema's suspension from the France squad for five and a half years.

Benzema was not present in court in the Paris suburb of Versailles for the judgement, which came only hours before Real Madrid's Champions League match against Sheriff Tiraspol in Moldova.

He was accused of colluding with the alleged blackmailers by putting pressure on Valbuena to pay them off, rather than being the perpetrator of the extortion attempt.

According to the court, he "implicated himself personally, through subterfuge and falsehoods, to encourage his team-mate to comply to the blackmail."

It went on to say that he had showed "no sympathy towards Valbuena," as he had stated, "rather the reverse," and even appeared to enjoy his fellow player's misfortune. 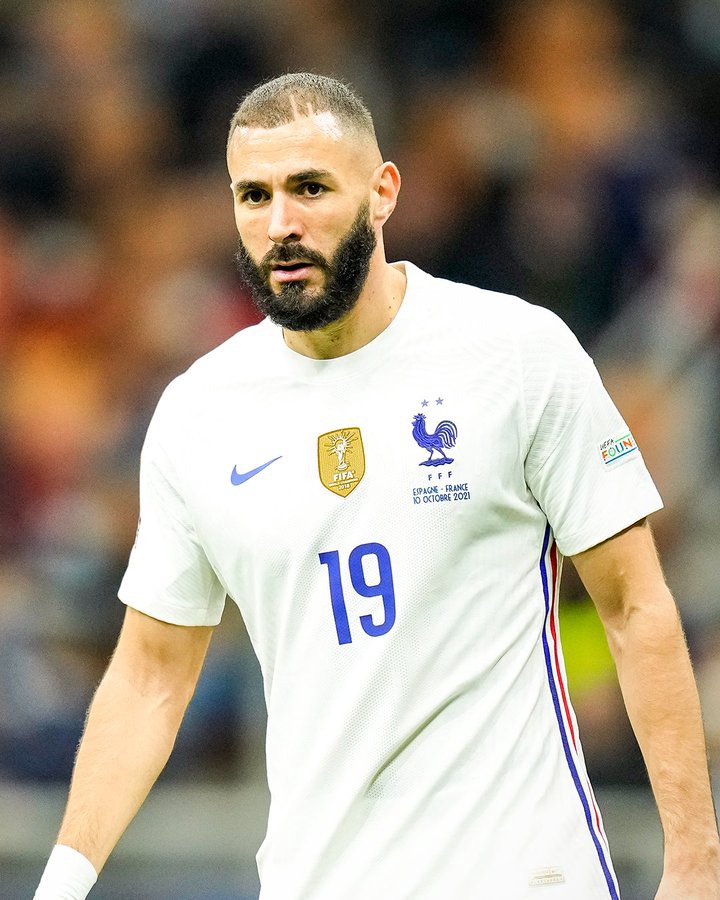 His defense team quickly declared that he will file an appeal.

One of his attorneys, Sylvain Cormier, told reporters outside the courthouse that he was "stunned" by the punishment, which he described as "extremely severe, unjust, and unwarranted."

Antoine Vey, a second lawyer, stated that Benzema, who did not attend his trial, would "appear and explain himself" if the case went to an appeal.

The prosecution had asked for a 10-month suspended sentence for Benzema.

Benzema was one of five persons prosecuted in connection with a failed effort to blackmail Valbuena using a sexually graphic video seized from his phone.

He maintains he was merely attempting to assist Valbuena when he contacted him at the French team's training facility in October 2015 and told him he could help him find someone to "handle" the video problem.

Prosecutors said his words in a phone call to a boyhood buddy also convicted in the extortion attempt – Benzema told his accused accomplice "he's not taking us seriously" – confirmed his involvement in the conspiracy.

They went on to say that Benzema's involvement was all the more severe because of his status as a leader in the French squad, which should have made him an example of "hope, renown, and moral principles."

Valbuena, 37, dominated the trial in Benzema's absence (his attorneys stated he was prevented from attending due to professional obligations).

The blackmail attempt left the midfielder feeling "frightened" and terrified for his future, according to the player, who also lost his spot in France's squad as a result of the episode.

He stated that while Benzema did not specify the sum requested by the blackmailers to keep the incriminating footage out of the public eye, he was "extremely keen" that he make a deal with them.

Benzema's four co-accused were sentenced to prison terms ranging from 18 months suspended to two and a half years.

The verdict is unlikely to jeopardize Benzema's career, with French football federation head Noel Le Graet stating that he may preserve his position in Les Bleus even if convicted, and Real Madrid still staying supportive of their star player.

Benzema's conviction, though, is anticipated to overshadow his remarkable return to the national team earlier this year after a years-long exile.

At club level, Benzema is also having a fantastic season, putting him in contention for the Ballon d'Or, which will be awarded on November 29th to the world's finest player.

Benzema has nine goals for France after being recalled by manager Didier Deschamps for the Euro 2020 finals, which have been postponed by a year owing to the coronavirus epidemic, making him the fifth-highest scorer in Les Bleus history.

His performances have helped him recover in the eyes of many French fans, as well as coach Didier Deschamps.