By Alupheli. (self media writer) | 6 days ago 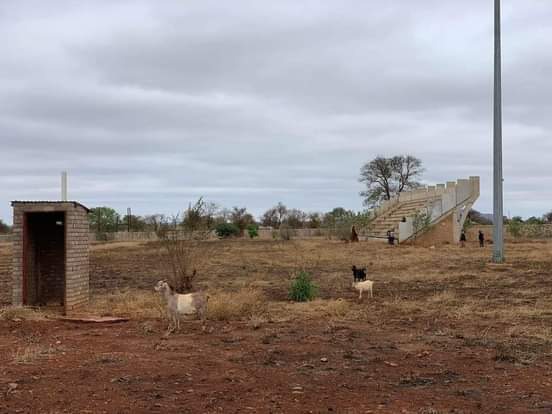 This is just how the ANC is making their money. Award tenders to their comrades that is not qualified to do the expected JOB. 90% OF THE FUNDS GO IN THE POCKET OF the ANC. Then the rest of funds is not enough to finish the job. The contractor 'ANC' request more and more funds to finish the project.

more funds go to ANC coffers and project stand still for years till it is forgotten. ANC gets rich and the poor stays poor with no job creation no service delivery and no ANC comrade in the streets till it is election time to give out free t-shirts to the poor forgotten people of SA.

It is true that the ANC has failed dismally to deliver on its promises but, this cannot be an excuse to vote for the DA that still pursue the interests of the white minority in the expense of the toiling black masses who are locked in a bloodbath of abject poverty.

I'll vote for a political party that its leaders have a clear vision and a commitment to restore our stolen land and minerals, who will ensure that the economy of this country is firmly in the hands of its rightful owners, the indigenous natives of this country, the leadership that will restore the lost dignity and respect of the Black person, Africans in particular.

“The DA and the Nationalist Party we serving in the same apartheid regime and, it (DA) never lifted a finger in fighting for the liberation of a black person in this country. Its leaders and its predominantly white members benefited from the looting of our land, our resources, our livestock. How could the DA portray itself to be a Messiah whilst it is a historical looter.” 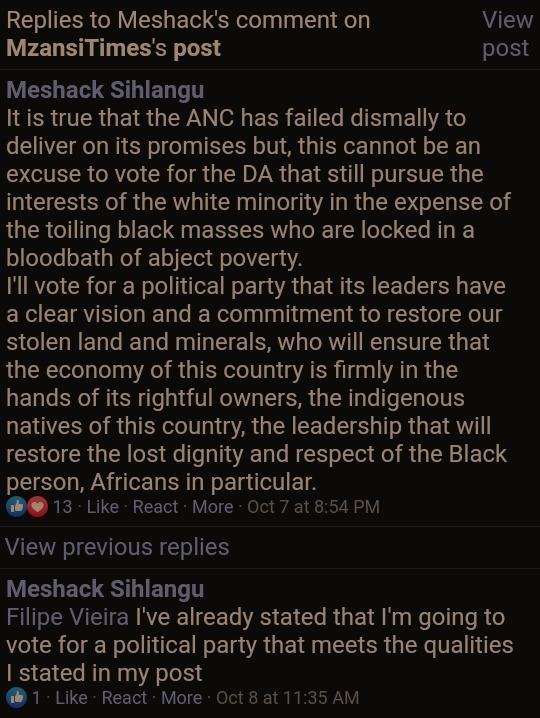 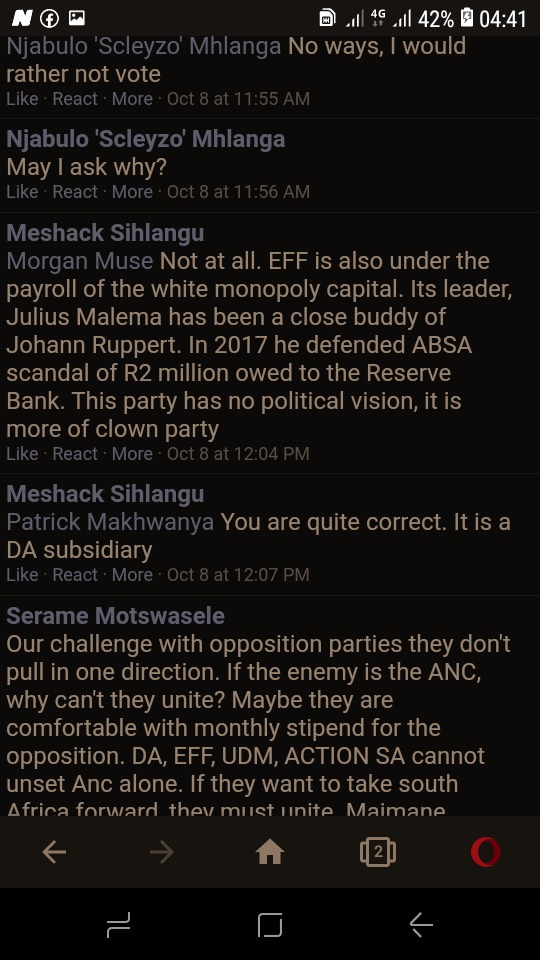 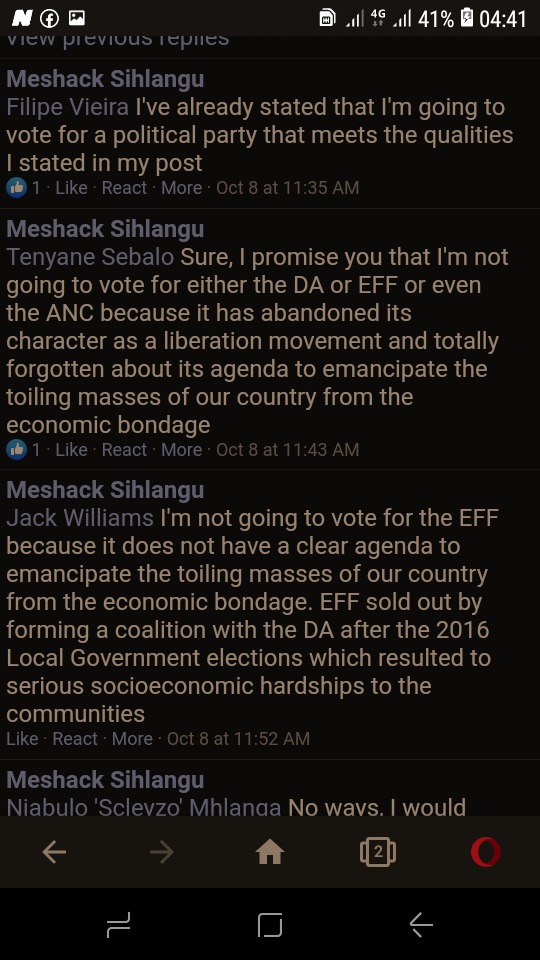 So according to the history books, there were some brown skinned people living on the land before everyone else came and took it.

The Khoi or San something I've heard they were called.

So when you refer to giving it back to the indigenous people, are you talking about them.

I've heard political leaders just go quiet when this point was brought up, but claiming land belonging to someone else..........would that not be the same as this current mess we're sitting in?

The ANC is the only party which has a clear vission to liberate blacks from their abject poverty. Let me tell you my man. You're wrong. ANC is brain washing the people of S.A. if they wanted to do the right thing, they would have done that long ago. They would have created few jobs with the R350. That they are giving to people. But you know what they won't do that coz when you're working you will have a budget and plans for your future. But now the ANC doesn't want that, they want you to be poor and be a beggar to them. And they know very well that in order for people to be controlled they must remain hungry.hance the stupid food parcels. So you are one of the people who are misleading the poor masses with your lies. Just stop it. We all know the aims of your actions.