By Sanele_writer (self media writer) | 7 months ago

Kaizer Chiefs interim coaches Arthur Zwane and Dillion Sherpard got off to a firing start as they snatched first win after former coach Gavin Hunt left. 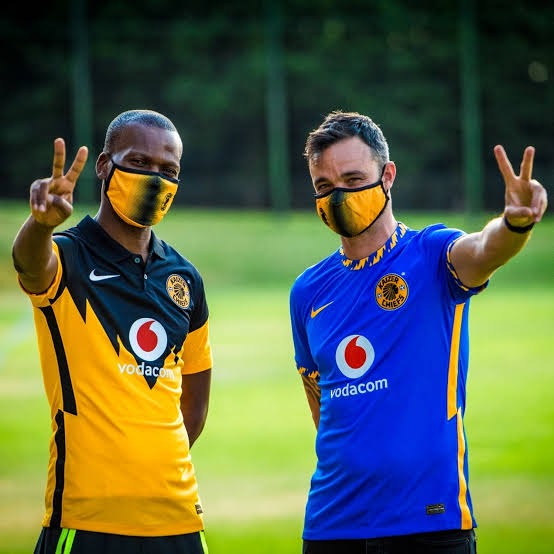 A different transition play for Chiefs who came from a 2-1 goal deficit were thier midfielder Lebogang Manyama scoring a hatrick with gave them maximun points and kept thier hopes high of finish top half .

Much can be said that Hunt failed to meet the teams visions and goals for the season, despite he lured them into lions den Caf Champions League semi finals to face Wydad Cassablanca.

As the two coaches fired on a great start earning maximun points there might be possibilities that the management keeps the two appoint a new coach.

However Chiefs are still looking to bring back thier former coach Stuart Baxter at Naturena, as talks haven't resumed between the two parties.

Chiefs will face TS Galaxy Football Club in thier last game of the season in a decided on who will end in the top eight between two teams.

As they also have a tough contention in the CAF semi finals as they fight to conquer Africa.