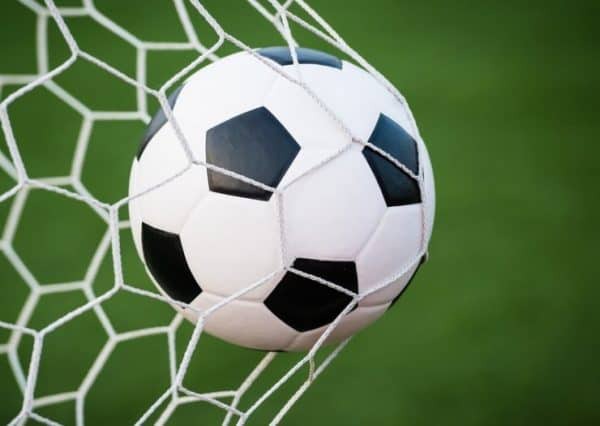 After leaving the Nou Camp in an ambulance following a head-on collision with teammate Gavi, Barcelona defender Ronald Araujo is awake and alert in the hospital. 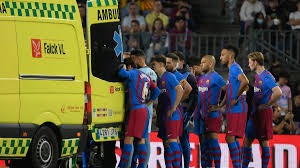 As a result of sustaining a concussion, Araujo will undergo additional tests.

The La Liga match between Barcelona and Celta Vigo was interrupted when an ambulance was required to treat Araujo on the Nou Camp pitch.

As he was rushed away in an ambulance, his Barcelona teammates became worried. 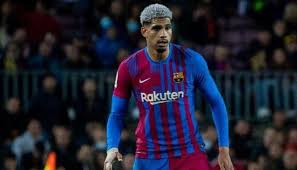 Pierre-Emerick Aubameyang stated of the incident, "When anything like that occurs, we are all a little frightened. "This is normal."

But he is now in the hospital.

"According to the club, he had a concussion; I hope he's okay."

Araujo, who was substituted by teammate Clement Lenglet in the 68th minute, collided with Gavi during a second-half aerial contest.

As he jogged back towards his own goal, the Uruguayan international initially remained standing but eventually fell to the ground.

A goal from Memphis Depay and a brace from Aubameyang helped second-place Barcelona upset Celta Vigo 3-1.

Iago Aspas scored for the visitors before Jeison Murillo is shown the red card for pulling down Memphis Depay. 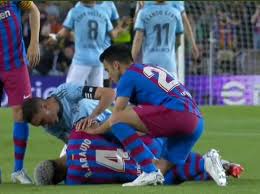 Araujo, who made his debut for Barcelona in October 2019, has played in 29 of his team's 36 league games thus far this season.