Will he turn around the situation at Orlando Pirates ?

Is Benni McCarthy the kind of player the Orlando Pirates require to turn around their fortunes? Can his inclusion in the Orlando Pirates roster be sufficient to transform the team into a force to be reckoned with and to challenge the reigning champions, Mamelodi Sundowns? 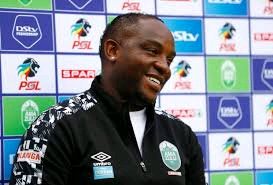 Prior to his recent firing from AmaZulu Football Club, Benni enjoyed a successful tenure as head coach of the club, which saw him guide them to second place in the Premier League in his first season in charge.

Benni, a former Orlando Pirates player, is familiar with the club's history and understands the requirements of the organization.

The Orlando Pirates are a large team that is well-known for bringing competitive football to the city, although this has not been the case for a long period of time.

Will he be able to generate success if he is given the opportunity to play for the Orlando Pirates in the future? Or does he require more playing time in the South African Premier League before he is considered ready?

Benni is a dedicated supporter of the Orlando Pirates and wishes nothing but the best for the team. It is past time for South African soccer clubs to learn to put their trust in their home-grown coaches. In the case of South African football, foreign coaches should not be the solution.

Take, for example, Mamelodi Sundowns, which has managed to thrive despite having only local trainers.

Mamelodi Sundowns have enjoyed considerable success over the previous half-decade, thanks to the efforts of local coaches.

Benni McCarthy should be given the opportunity to develop with the Orlando Pirates and convert the team into a winning machine in the process.

10 Types Of People Who Can Never Succeed In Life; See Number 10

A South African man has vowed never to eat in a restaurant where a Zimbabwean is on the staff.