By Topnews (self media writer) | 3 months ago

Another bad VAR decision and Anthony Taylor red card against Manchester United this season in the Premier League after Paul Pogba was sent off in the 65th minute for fouling Liverpool midfielder Nabi Keita.

Another outstanding performance from Liverpool in the fifth week of the Premier League after beating Manchester United 5-0. Nabi Keita scored the opening goal in the 9th minute after providing a brilliant assist from Mohamed Salah. 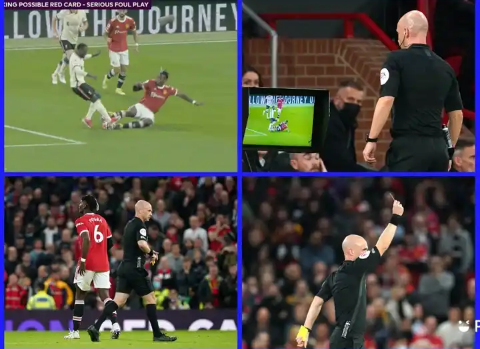 The African star has been impressive this season alongside Klopp with 3 goals in the last 4 games of the season. Diego Giotto scored Liverpool's second goal in the 13th minute of the game before Mohamed Salah scored a 3-0 goal for Liverpool in the 38th minute. It was a disappointing performance from Manchester United, who played below fans' expectations in the first half of the game. 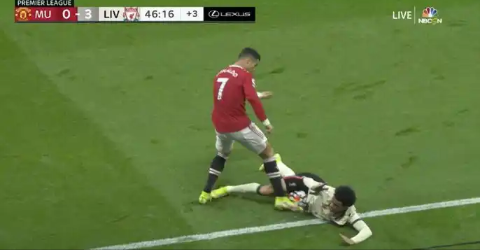 Mohammed Salah scored his second goal of the game in the last minute of the first half and gave Liverpool FC a convincing 4-0 win just before half-time.

Mohammed Salah completed his hat-trick in the 50th minute before a controversial incident occurred in the 60th minute which resulted in Pogba's red card. 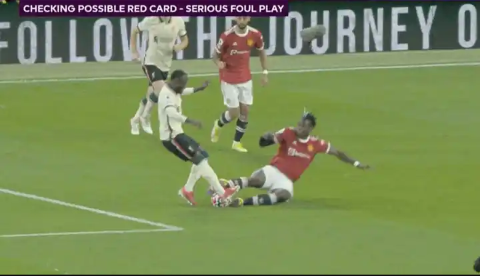 This was not an intentional foul by the France international and the referee's initial decision really affected the Manchester United's squad. The referee gave Pogba a red card after the referee instructed the video assistant to review the error.

Liverpool returned to second place in the table after a convincing 5-0 win against one of the best teams in the league, with Chelsea Fc at the top of the English premier league table after dealing Norwich city 7 goals to nil.

Do you think Pogba deserved a red card?