Chiefs Star Out For Months

Fresh from a disastrous 1-0 DStv Premiership defeat in the hands of high-flying Stellenbosch, Kaizer Chiefs' luck seems to have run out, this after the club's head coach, Stuart Baxter, confirmed some bad news this morning regarding one of the team's ever-present performers. 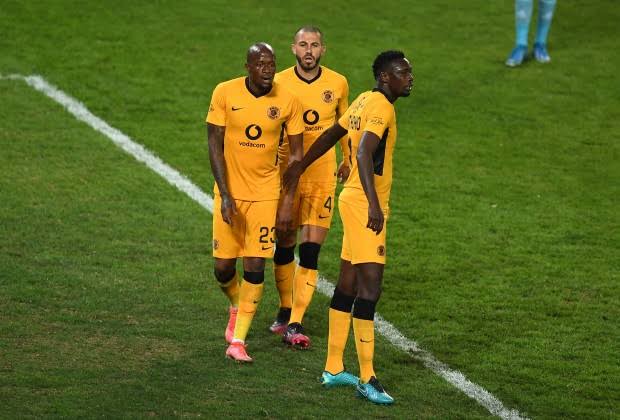 Chiefs are currently preparing for the eagerly-anticipated Soweto Derby match against arch-rivals Orlando Pirates on Saturday.

However, their preparations have been hampered a great deal after Baxter's revelation that left-back Sifiso Hlanti injured his achilles tendon in training. 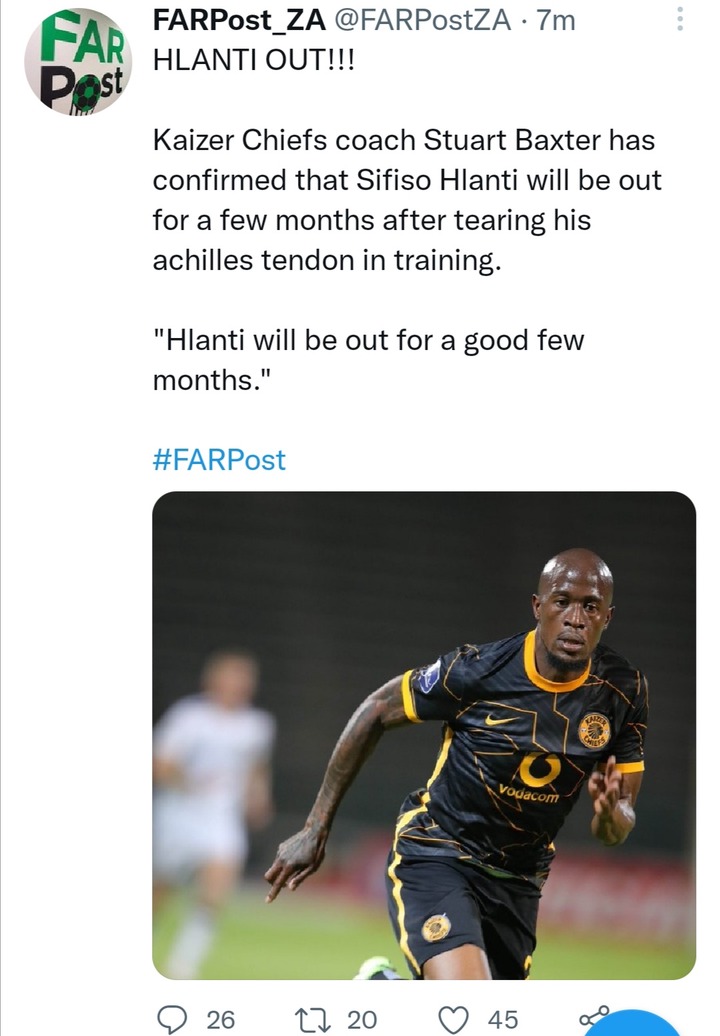 It is understood that Hlanti will be out of action for a considerable length of period, possibly a few months.

Although it is unclear what sort of an achilles tendon injury he suffered, ordinarily, a ruptured achilles tendon can take up to four months to completely heal, but his return could be prolonged as more time is added to rehabilitation. 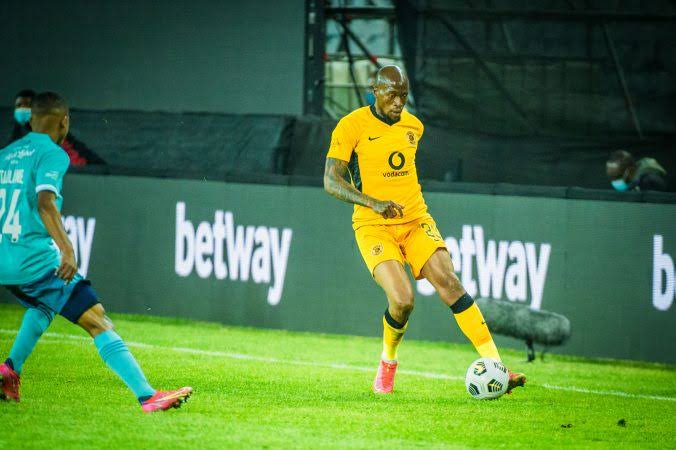 Hlanti has been in a relatively good form for Chiefs since he arrived from Swallows FC during the close season. He has played in all of Chiefs games bar one in all competitions - 8 appearances, 1 goal and 1 assist.

It is that kind of form that has made him the undisputed left-back ahead of new signings Sibusiso Mabiliso, Austin Dube and Reeve Frosler. 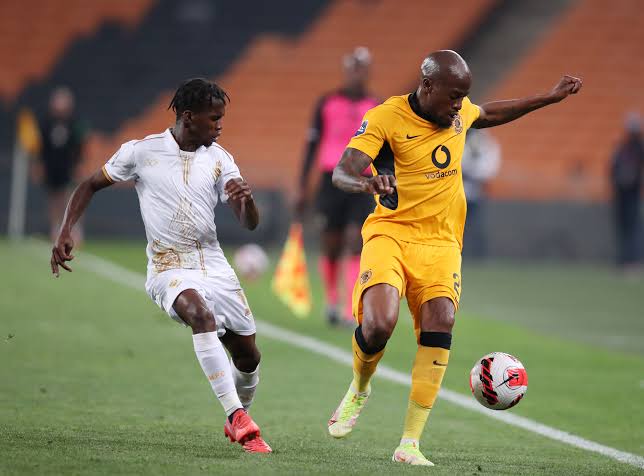 This news came as a huge blow for Chiefs who are currently languishing in 7th place, a whopping 10 points behind run-away leaders Mamelodi Sundowns.

The Glamour Boys have had a topsy-turvy start to the season, which has been characterised by higher highs such as their comprehensive win against Chippa United and a lower lows in their 4-1 defeat to DStv Premiership newboys, Royal AM. 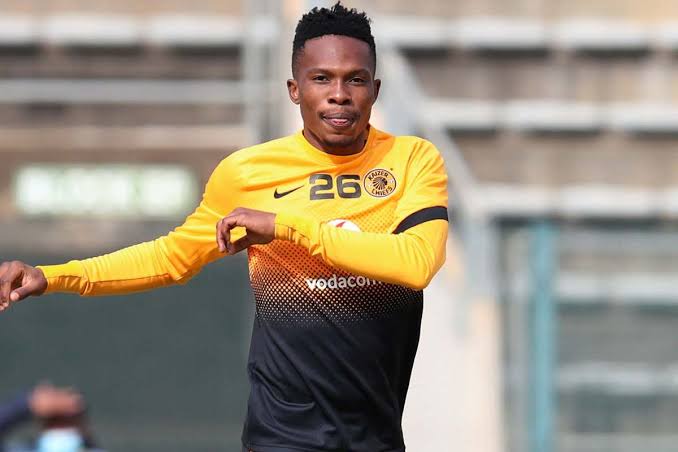 Although Hlanti's injury is a huge setback for the team, it will certainly be an opportunity for Mabiliso to have a extended involvement in the team.

The 22-year-old who arrived in Naturena from AmaZulu FC, has had a slow start to his career at Chiefs, with just 3 appearances under his belt, he will be surely be hoping for Baxter to give him a chance to show his full potential. 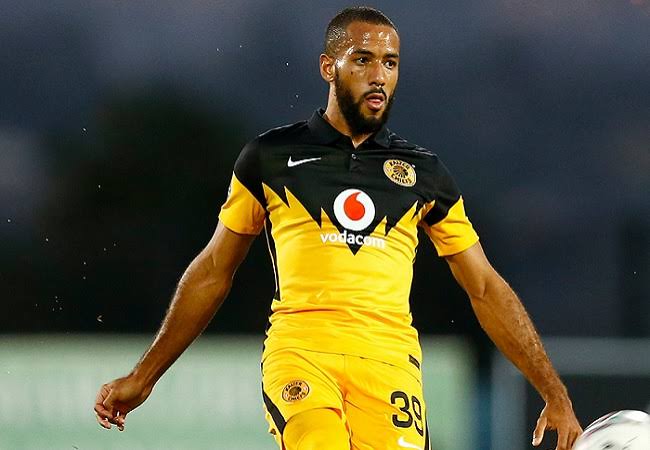 Another one who will be looking to take up the opportunity is utility man, Frosler, the Bafana Bafana international has invariably proved his adeptness when called upon to fill in the position.

What do you make of Hlanti's injury. Will it have huge implications in so far as Chiefs' season prospects are concerned? 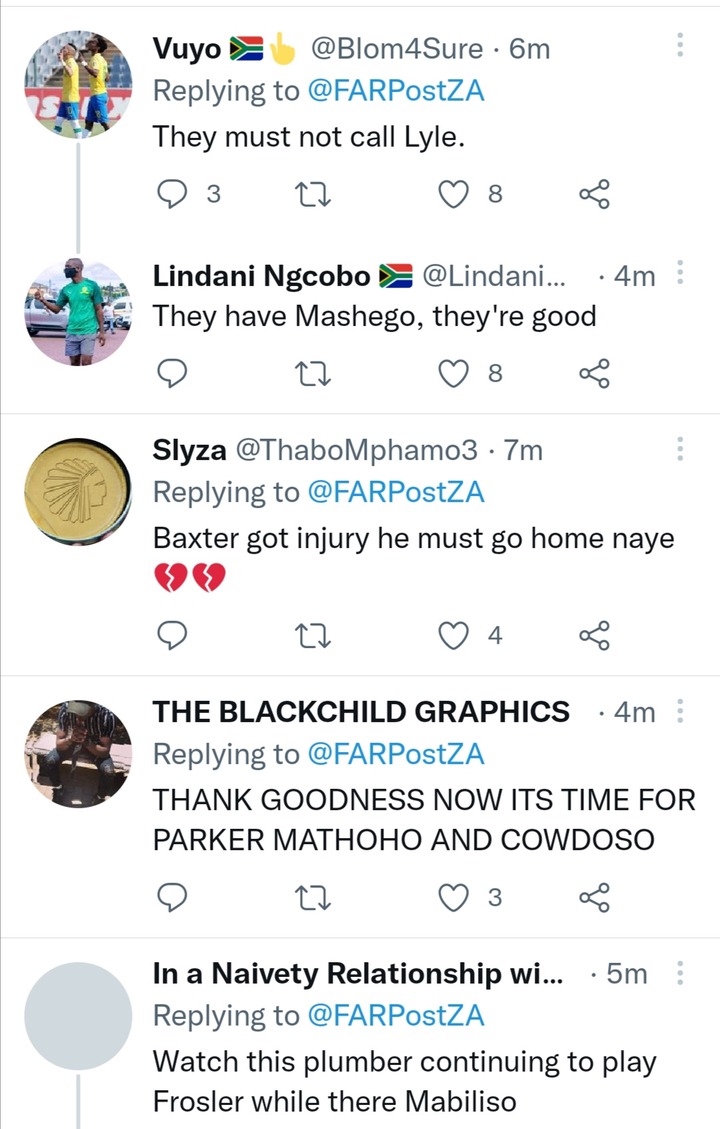 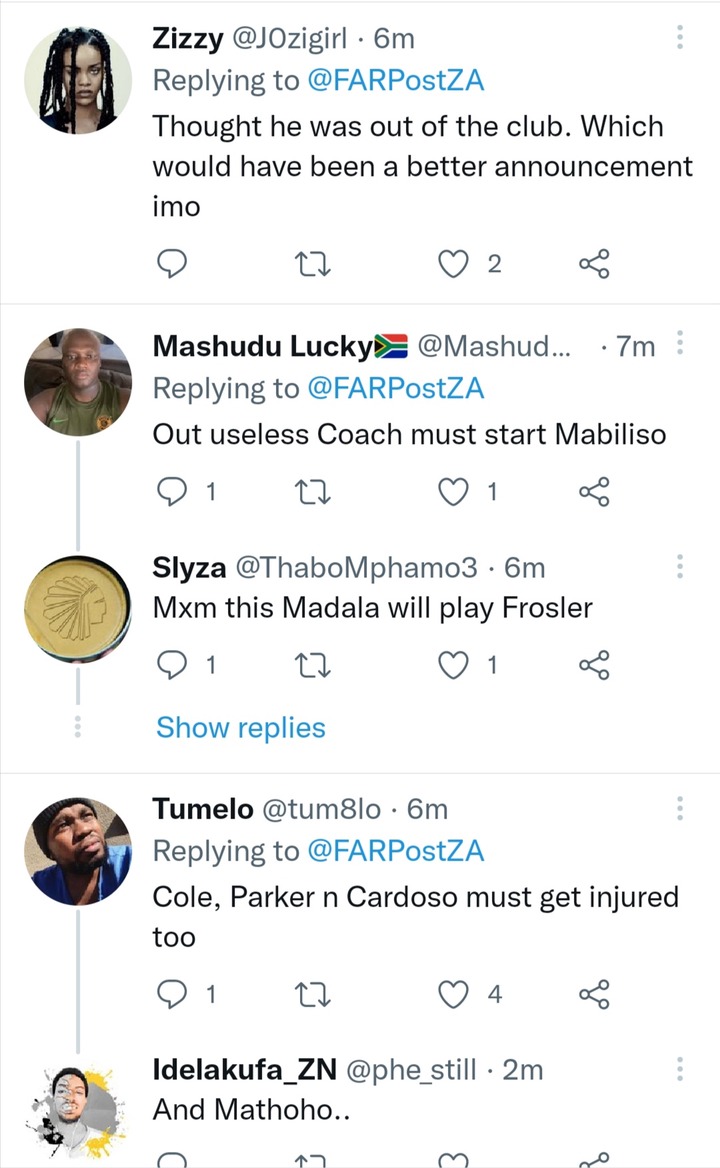 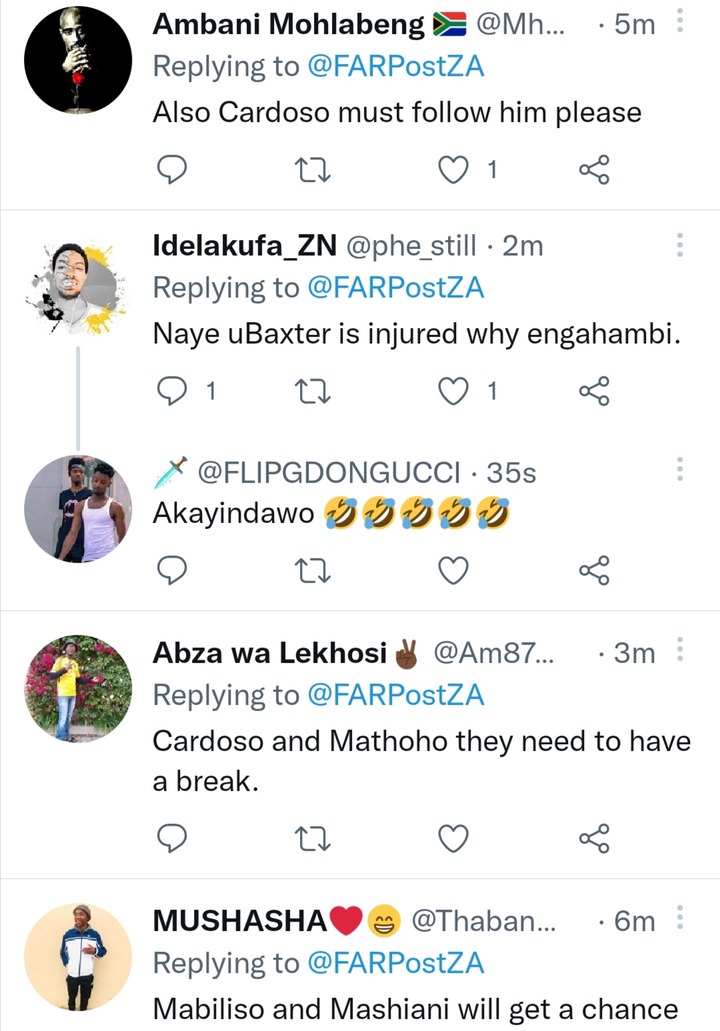 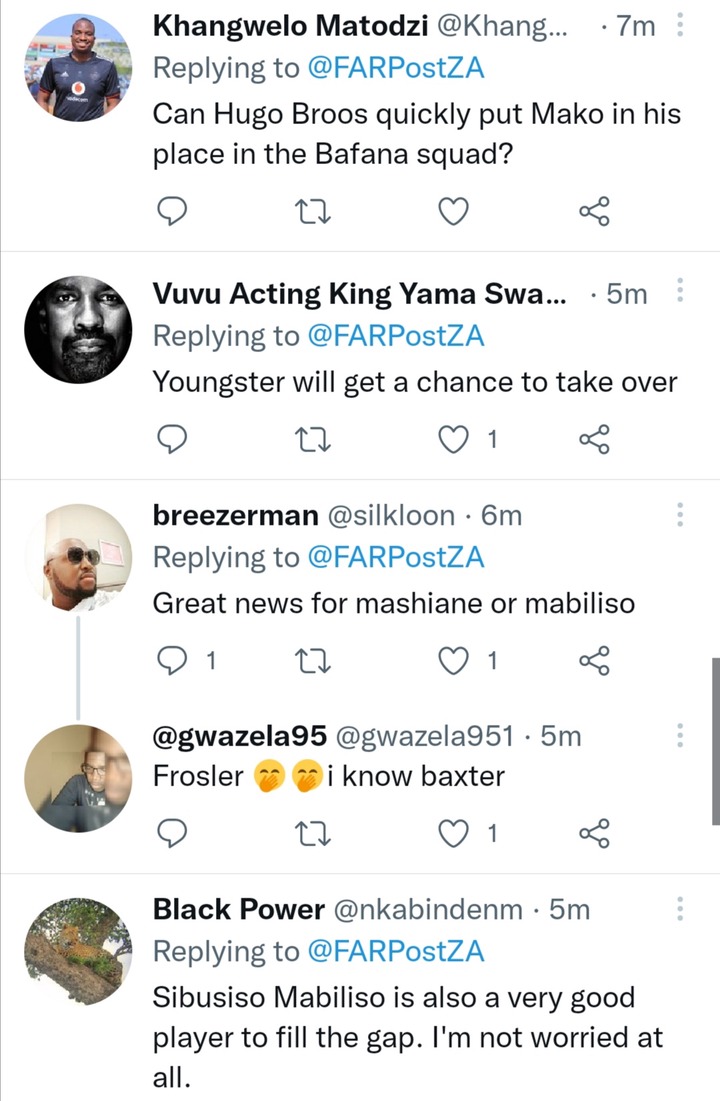 Prayer: Lord, Let The Gift Of Holy Spirit Begin To Operate In My Life To Overcome Demonic Intrigues

TikTok Celebrity Joins Uzalo Telenova, Will She Bring Along Her 800 000 Followers To The Show?