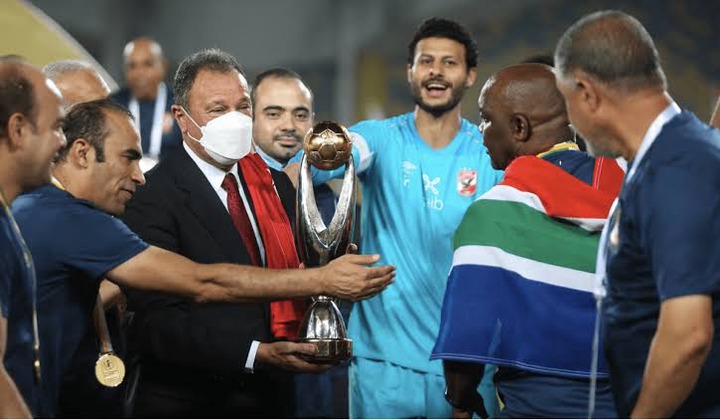 When Pitso Mosimane made a shocking move to Al Ahly after a successful stint at Mamelodi Sundowns, there were questions about the departure. As this left a lot of the Sundowns fans with mixed feelings, some wanted him to remain at Chloorkop to win more silverware, meanwhile, others felt that he has done it all at Downs. When Mosimane spoke about the move to the Egyptian giants, he stated that it was time to grow and leave his comfort zone. Now, Ahly president Mahmoud El-Khatib has spoken about how they were able to get the services of Mosimane at the Club of the Century. After the sudden departure of Rene Weiler, last year had the fans concerned about his replacement. 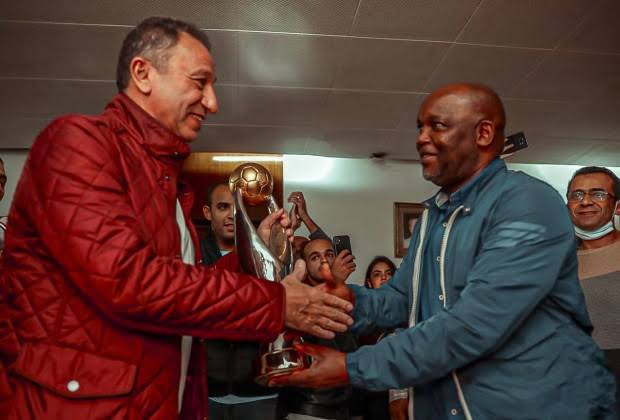 The South African tactician has been able to win a lot of hearts in Egypt through his work ethic and impressive results that led to winning trophies. Mosimane was appointed in September 2020 at Ahly to take over Weiler who resigned from his position due to family reasons. The Red Devils boss stated that it was a mutual agreement between the club and Weiler to exit Egypt. However, at the back of El-Khatib’s mind was the CAF Champions League, as they were in the semi-finals when Mosimane took over the team and ended up winning it. “Weiler was a good coach, but he left for family reasons, his family wanted him to stay with them, so he had to make that choice. But Weiler’s last trip to visit his family, I told him we had to renew his contract before a certain date or we will have to part ways. I was worried because we were at a difficult stage in the CAF Champions League,” said El-Khatib talking to ONTime Sports. 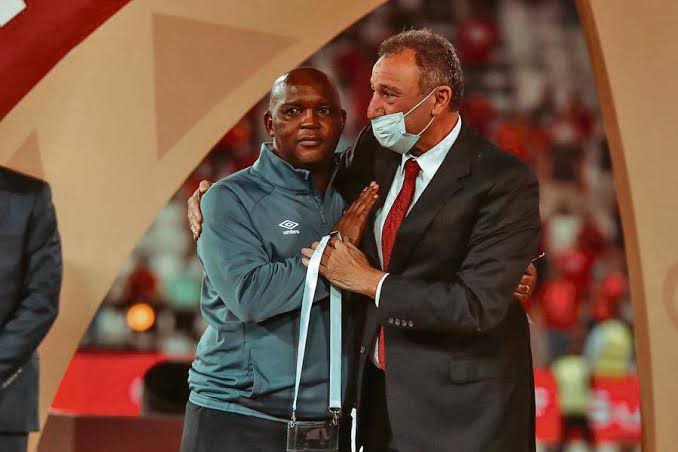 According to El-Katib, Mosimane wasn’t their first choice coach, as they were eyeing Rodolfo Arrubarrena, but the former SuperSport mentor had an advantage due to African football experience and also, he has won the CAF Champions League with Downs before. “Rodolfo Arruabarrena was the major candidate before Mosimane, but we wanted to look for someone who knows more about African football, someone who already has experience in the CAF Champions League. Mosimane’s name was suggested by Mohsen Saleh and Zakaria Nasef, and when we saw his CV and his achievements, the committee agreed on choosing him,” said El-Khatib talking to ONTime Sports.