OPINION| Sebastien Haller Is The Next BIG Talent In Europe

As Ajax defeated Besiktas 2-0, Sebastien Haller became the first player to score five goals in his first two Champions League games. On Tuesday night, the former West Ham striker added to his four-goal haul against Sporting by scoring the game's second goal. Marco van Basten, Diego Simeone, Didier Drogba, and Erling Haaland had previously set the previous record of four goals. Ajax has six points from two games in the group after a 5-1 triumph over Sporting in Portugal on the opening day, while struggling Besiktas has lost both of its games. 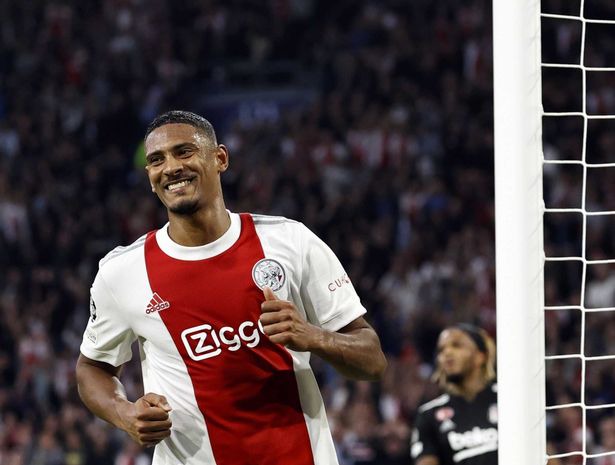 They were the first to threaten, with striker Michy Batshuayi's cross hitting the post, but it was a rare attempt from the visitors, who had been confined to their half for the majority of the game. After Ajax captain Dusan Tadic had danced past three defenders and teed up the former Feyenoord midfielder, Steven Berghuis produced a clinical finish from the outside of the six-yard box on 17 minutes. With every assault, Ajax seemed certain to score, and the second goal came just before halftime, when Haller received his due for a great effort when he shoved the ball into the net at the near post from Berghuis' cross. In other news, Club Brugge defeated Leipzig 2-1 on Tuesday, handing the German club its second Champions League setback and heaping further pressure on new coach Jesse Marsch. After Christopher Nkunku's opening goal for Leipzig, Brugge responded with an unexpected win on the road courtesy to goals from Hans Vanaken and Mats Rits after an improbable draw with Paris Saint-Germain last month. When Julian Nagelsmann moved to Bayern Munich in the summer, Marsch took over at Leipzig, and the American has failed to duplicate his predecessor's success. What are your thoughts on this matter? Be sure to leave your thoughts in the comments section. Please like, share and help News.info20 reach 4 000 followers. Thank you.