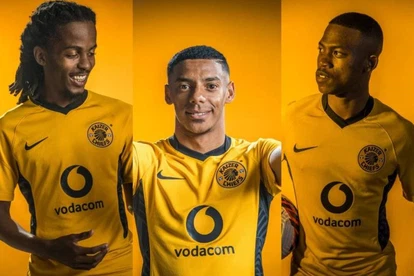 Amakhosi have honored their commitment to reduce the average age of their squad, which Kaizer Motaung Jnr promised fans a few months ago.

And it's all down to the daring choice made by both the new technical team and management to let go of eleven players.

Only two of the eleven released players were under the age of 27, namely Siphosakhe Ntiya-Ntiya, who left Chiefs at the age of 25, and Dumisani Zuma, who is 27.

Daniel Akpeyi, Daniel Cardoso, Bernard Parker, Ramahlwe Mphahlele, Leonardo Castro, and Lebogang Manyama were among those who were beyond the age of 30.

And none of the newly-signed players have reached the age of 30, with Siyethemba Sithebe, who is currently 29 years old, being the lone exception.

WHO ARE THE OLDEST KAIZER CHIEFS PLAYERS RIGHT NOW?

WHO IS THE KAIZER CHIEFS' BEST SIGNING TO DATE?

Phathutshedzo Nange (30), who joined Chiefs from Stellenbosch at the start of last season, is one year younger.

WHO ARE THE KAIZER CHIEFS' YOUNGEST PLAYERS RIGHT NOW?

Mduduzi Shabalala (18), the youngest player in the current roster, was recently promoted to the first team following some outstanding performances with the Amakhosi reserve team.

Both goalkeeper Bontle Molefe and forward Keletso Sifama are 19 years old and are regarded as the club's future.