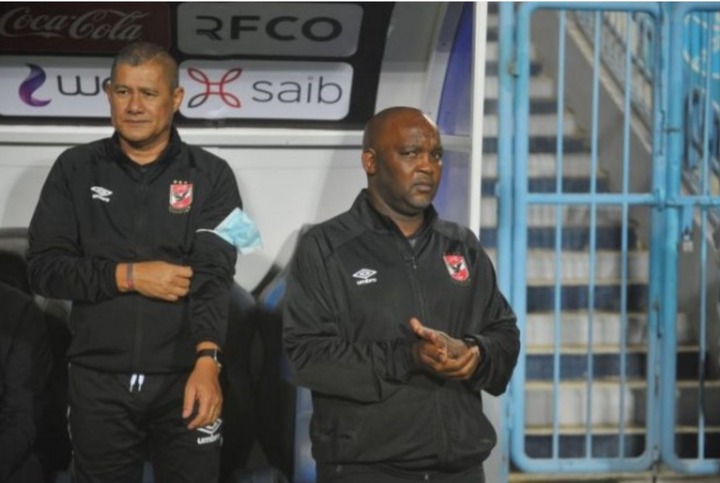 Cavin Johnson has clarified his relationship with coach Pitso Mosimane, as well as debunking rumors that he might join Kaizer Chiefs.

Johnson worked as Mosimane's assistant coach for an 11-month period during which the two coached the Red Eagles to two CAF Champions League titles, the Egyptian Premier League, and a third-place finish at the FIFA Club World Cup, among other honors.

Despite the fact that Mosimane has remained tight-lipped about Johnson's departure from the club since September, the veteran coach insists that their connection is still intact.

"It's always fantastic." It's always amongst colleagues, and the bond is never broken; it's always present. As a result, we'll always have a nice, solid relationship," Johnson said of his friendship with Mosimane in Edition 1252 of Soccer Laduma.

Meanwhile, the Siya crew said that when Johnson was still on the books of Al Ahly, Kaizer Chiefs indicated interest in enticing him to Naturena, despite the fact that the former SuperSport United coach was fully committed to the Cairo giants at the time.

Now, the 63-year-old has acknowledged that Amakhosi was interested at the time, albeit he dismissed it as rumors.

"Yes, that was there, but it was all rumours at the time." "I believe these were just rumors," Johnson stated.

Why would he go back to Al Ahly?

Sundowns' new signing gets thumbs up?

Morocco Vs Malawi: This is how Morocco overcame Malawi