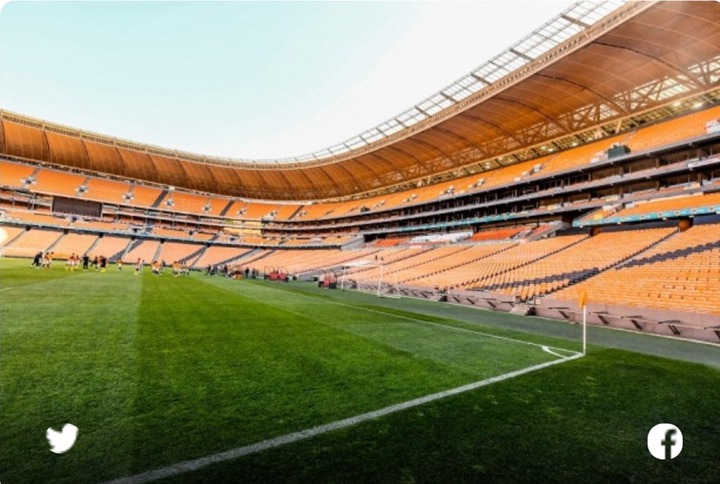 Despite Kaizer Chiefs failing to fulfill the fixture, SAFA Head Of Referees Abdul Ebrahim has revealed why the soccer authority dispatched match officials to FNB Stadium.

Due to a Covid-19 outbreak, Kaizer Chiefs said last week that they would be unable to host their DStv Premiership match against Cape Town City.

The Soweto giants reported 31 positive cases when they asked the PSL to postpone their December fixtures.

The Chiefs failed to honor the match and were a no-show, with their opponents being locked out of FNB Stadium in hilarious scenes.

Ebrahim tells Kickoff.com, "We were given a fixture appointment, and the match officials proceeded to honor their obligation."

"We were not notified that the match had been rescheduled. As a result, the match officials did what they always do and went to the game.

"The match officials' appointments would be made during the week.

"If there are any changes to the game, the PSL will usually notify you.

"As a result, the match officials headed to the stadium, implying that there had been no notification about any changes to the game, and that they would attend the game as usual.

"So, you see if the game isn't taking place in the media, and the match officials, regrettably, haven't been given a formal instruction, which means they can't do anything." Even I, for one, cannot accept what the media reports; instead, I would wait for official correspondence.

"If that doesn't happen, match officials do what they always do: they get ready for the game and head to the stadium."

Ebrahim says he can't comment on the ramifications of the match's cancellation.

"I don't know because I'm not familiar with the internals of what happened."

"However, as I previously stated, we never received any information other than the match officials informing me that there is no home team or whatever."

"So I told them to stay there for a bit if that's the case, or else go back to the hotel because there's nothing we can do."

"Now we're waiting for PSL to explain what happened." So we'll have to wait and see what PSL has to offer."