Coupe de France : Romorantin joins PSG in Round of 32 after 2-0 win against Mtsapere.(Opinion) 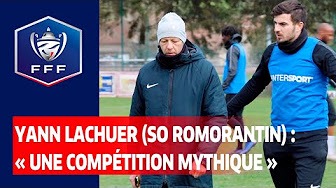 Romorantin opened the scoring in the first half of the match, when Arnold Abelenti scored his side in a 1-0 lead when he found the back of the net in the 17th minute. Anthony Payet managed to make it 2-0 for Romorantin when he scored his goal just four minutes later in the 21nd minute of the match. Romorantin won the match 2-0 in the end as they join PSG in the next round of the French Cup.

Phat Joe does it again

After Mourinho Was Sacked By Tottenham, See How Much He is Set To Earn In Rand

How The European Super League Will Work

''We Will Create Our Own World Cup''

Super League Founder; We Will Help Football At Every Level