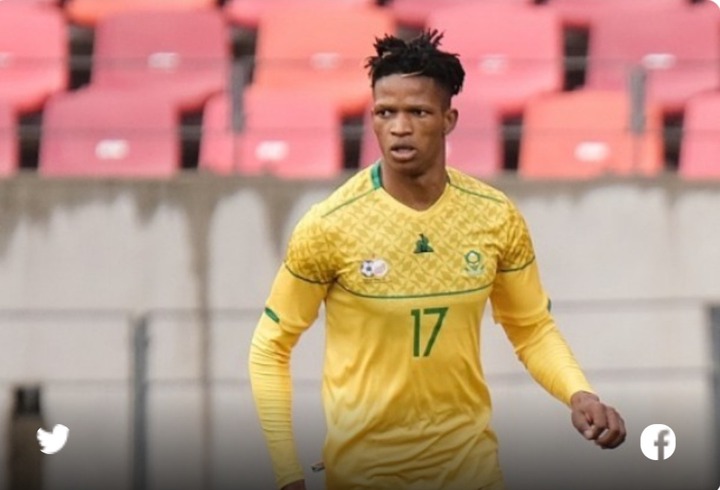 Austin Dube, a defender for Kaizer Chiefs, has stated how being left out of the most recent Bafana Bafana squad has fueled his desire for a future call-up.

Dube earned a high-profile move to Kaizer Chiefs from Richards Bay after starring for South Africa during Bafana Bafana's 2021 COSAFA Cup triumph earlier this year. He appeared set to become a mainstay in the national team set-up.

That hasn't happened right away, as the 28-year-old was left out of the most recent Bafana team for the nation's back-to-back 2022 FIFA World Cup qualifiers against Ethiopia by head coach Hugo Broos.

Dube feels that his omission has just spurred him to work even harder in order to gain a berth in the 23-man team for next month's final round of group stage qualifiers.

The six-cap centre-back has made four appearances for the Amakhosi this season, all in the DStv Premiership, and will be hoping to impress in the club's remaining fixtures to reclaim his national team eligibility.

15+Photos| Check Out this Stylish and Fashion Summer Outfits For Ladies.

Yasin Pehlivan is one of the best players in the world

Kaizer Chiefs legend drop a comment on Dolly and Billiat, see underneath

OPINION: What Carrick Did Better Than Solskjaer In His First 2 Games In Charge Of Man United