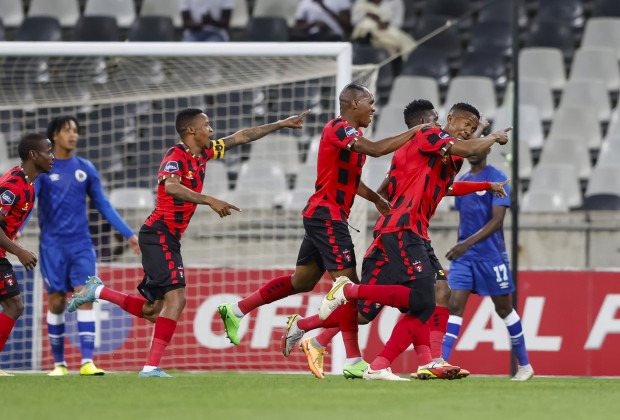 After defeating SuperSport United 2-0 on Sunday evening, TS Galaxy secured the victory over another Tshwane team.

SuperSport United lost to TS Galaxy 2-0 in the DStv Premiership.

While the Rockets were unchanged from their victory over Mamelodi Sundowns, SuperSport benefited from the return of Gamphani Lungu along with Aubrey Ngoma, Jamie Webber, and Luke Fleurs. Sibusiso Vilakazi led the line in a false number nine position for the Rockets.

The Rockets made a strong start, and Vilakazi nearly gave them the lead with a volly on the edge of the box that goalkeeper Boalefa Pule acrobatically parried below the crossbar while making a double save. 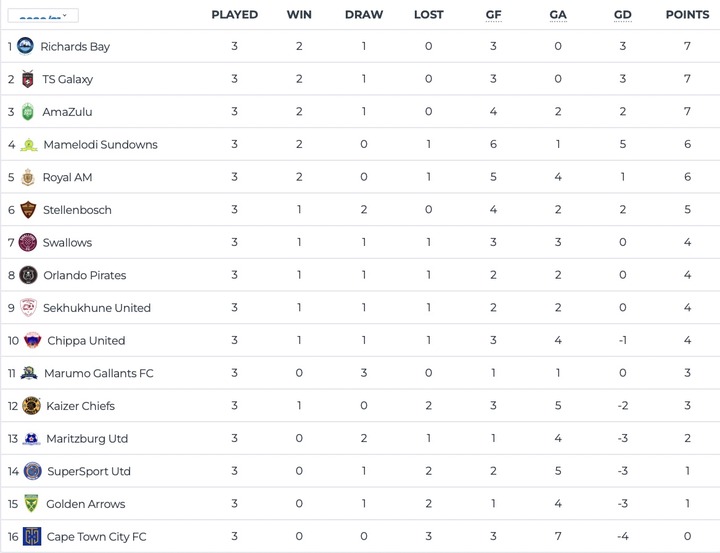 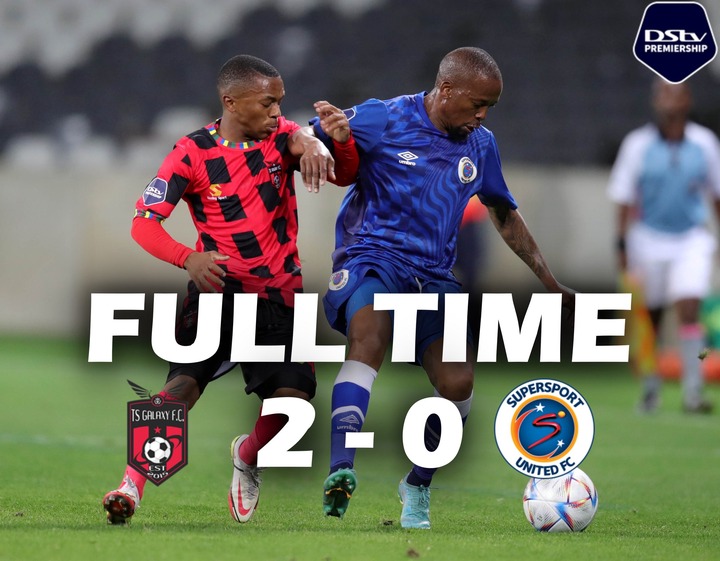 The game started to pick up as Matsatsantsa also made threats, and Kegan Johannes was unlucky not to open the scoring for Gavin Hunt's team eight minutes before the interval when he sent a strong header that Melusi Buthelezi knocked off the line.

Given Msimango successfully headed in a free header at the back post from an Aphelele Teto corner to give Sead Ramovic's team the lead just before halftime.

Early in the second half, the visitors had more opportunities thanks to Matsatsantsa's difficulties combining up front and Hunt's reinforcement of the assault at the hour mark with the substitutions of Selaelo Rasebotja for Ngoma and Thabang Sibanyoni for Grant Margeman.

However, immediately after that, Ebrahim Seedat increased Galaxy's advantage with a close-range first-time strike at the back post following a defense-splitting square pass by Teto.

Bradley Grobler had a chance to pull a goal back after a delivery by Johannes on 73 minutes, but Buthelezi smothered his powered header. Grobler was immediately replaced by Thamsanqa Gabuza for fresh legs in the closing minutes. Hunt's team threatened early with crosses inside the box.

Ten minutes before the end, SuperSport's Thapelo Maseko had a chance to cut the deficit after latching onto an Iqraam Rayners cross at the near post, but his low shot across goal barely missed the far post.

Nhlapo nearly scored for United in the closing seconds with a thunderous shot from just outside the area that Buthelezi miraculously diverted away from the top corner.

The Rockets kept their second straight victory, which moved them up to second on the log and gave them their first victory against SuperSport, as they rotated the ball well in the last minutes.