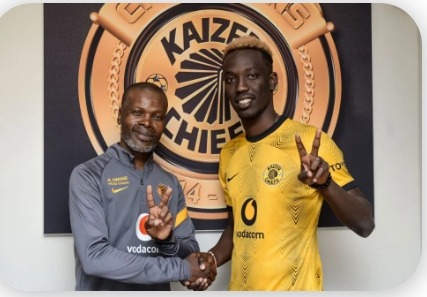 The Burundi international has consented to a two-year deal with a one-year choice, as revealed by iDiski Times before.

Bimenyimana, 24, impressed the club during his new preliminary in pre-season yet had at first been sent back, with Chiefs requiring additional opportunity to survey their choices.

Notwithstanding, on Thursday Amakhosi have declared the appearance of the tall objective man, who lead trainer Arthur Zwane frantically cared about.

"Bimenyimana was brought into the world in Bujumbura in 1994. His extraordinary football ability has seen him play in different nations."

Do you think he'll deliver something to Chiefs this season?