Mateu Alemany, Barcelona's sporting director, claims the Catalan club has not made a decision on Frenkie de Jong's future because the midfielder is still connected with Manchester United.

Incoming United manager Erik ten Hag worked with De Jong at Ajax and is reportedly keen to reunite with the Netherlands international at Old Trafford.

De Jong has struggled to live up to expectations since joining Barcelona in a £65m move from Ajax in 2019.

However, according to Alemany, Barcelona has not yet chosen whether or not to sell the 25-year-old this summer.

"We haven't made any decisions on the squad," Alemany said to Movistar.

"Frenkie is a good player who is very important to us, and we will use him as needed. 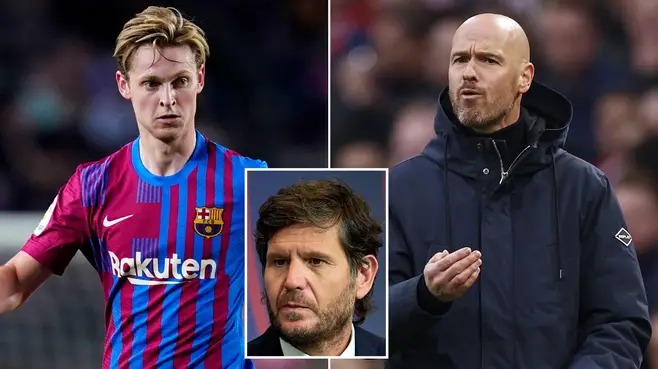 "We are constrained by financial fairness and the situation that the club has inherited. We must exercise patience.

"We've made it obvious that we'll be bolstering the team. It is required, and we want to pursue the titles next year."

After signing a three-year contract with the possibility of a fourth year, Ten Hag has reportedly put De Jong at the top of his summer transfer list.De Jong, who has 13 goals in 139 games for Barcelona, is also being monitored by Manchester City and Paris Saint-Germain.

Barca manager Xavi has stated that De Jong is "essential" to his goals at the Nou Camp, but has confessed that due to the club's financial difficulties, he may have to trade such players. 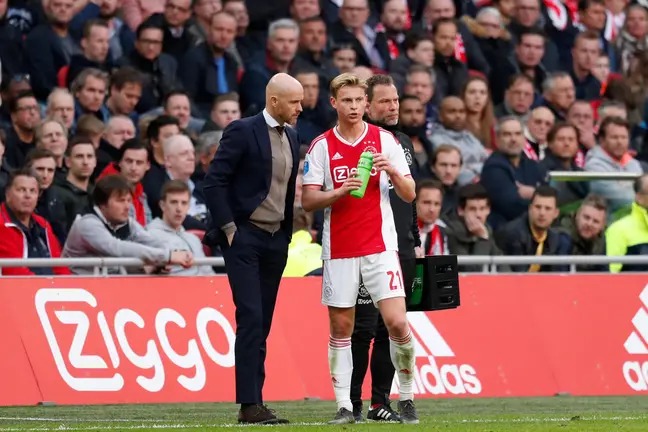 "Frenkie de Jong is crucial, as I've previously stated. He has nearly always been a starter for me, and he is crucial to my success "Xavi stated.

Without the lure of Champions League play next season, United may struggle to sign the former Ajax midfielder