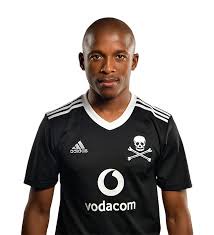 Former Orlando Pirates midfielder Luvuyo Memela who made a shock move to join AmaZulu says that in football you have to be open minded and that anything can happen. Orlando Pirates announced recently that talks were at an advanced stage between the player and the club as both parties were working to extend the player's stay at the club.

Orlando Pirates fans who were alerted of the situation regarding Memela''s situation at the club were shocked to see the player being unveiled at AmaZulu instead of him signing a new deal at the club. Memela has been with the Buccaneers for a long time putting in great performances every season. AmaZulu who are now under new owners, unveiled ten new players for the upcoming season. AmaZulu survived relegation by a skin of their teeth last season and the past seasons. It looks like Usuthu have learnt their lessons and are investing in bringing in top talent to help have do better next season. Usuthu finished strongly last season under the guidance of former player Ayanda Dlamini who took over from Josef Vukusic. The owner Sandile Zungu looks to have brought the injection of top talent the club desperately needs. AmaZulu took advantage of the situation at Orlando Pirates who have been very active in the transfer market and had brought in a number of their players. Pirates then found themselves having to release some of their top players. The bulk of the new signings comes from Pirates and they include Luvuyo Memela who had been reportedly in talks for a new contract, Augustine Mulunga who had been part of new boys TTM, former Pirates striker Siphelele Mthembu, Limbikani Mzava from Highlands Park, Makhehleni Makhaula also from Highlands Park. Others include Thembelani Sikhakhane from Orlando Pirates, Samkelo Mgwazela , Siphelele Nene, Sicelo Mkhize as well as the headliner Siphiwe Tshabalala. 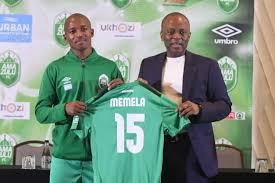 Memela joined his former teammate Augustine Mulenga and former Kaizer Chiefs captain Siphiwe Tshabalala at his new club. At his new club’s unveiling the big question asked to Memela was the decision to join Usuthu instead of signing a new contract as the Orlando Pirates said previously. “I think on that one I can’t say much on it… but you know it’s the life in football such things always happen. I don’t want to comment much on it and what’s important now is that I ‘am here and I’m happy here. AmaZulu wants to achieve things and they have been in top flight for a long time. I'm very happy to be here. The ambition of the president here is very motivational and that’s why it didn’t take me long to join the team”, the player said. Memela's first clash of the season will see his new team lock horns with his old team Orlando Pirates, who have already been in action against Cape Town City in a MTN8 Knockout clash. Memela, Mulenga and Siphiwe Shabalala are the headliners for Usuthu’s new recruits and they bring to the club much needed PSL experience.