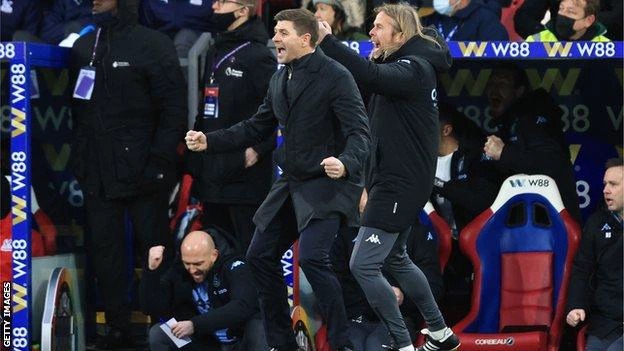 After wildly celebrating a week ago when Villa won all three points late on against Brighton, the former Liverpool captain was ecstatic when Matt Targett put Villa ahead on 15 minutes with a low drive through a crowd of bodies from Ashley Young's corner. McGinn did well to double the lead with a superb finish in the 86th minute.

Aston Villa did an excellent job of defending, and the midfield did not give the ball away unnecessarily. Gerrard has taught his team how to absorb pressure effectively, which has helped them win two straight games.

2. Conor Gallagher and Christian Benteke are being pursued by a man. 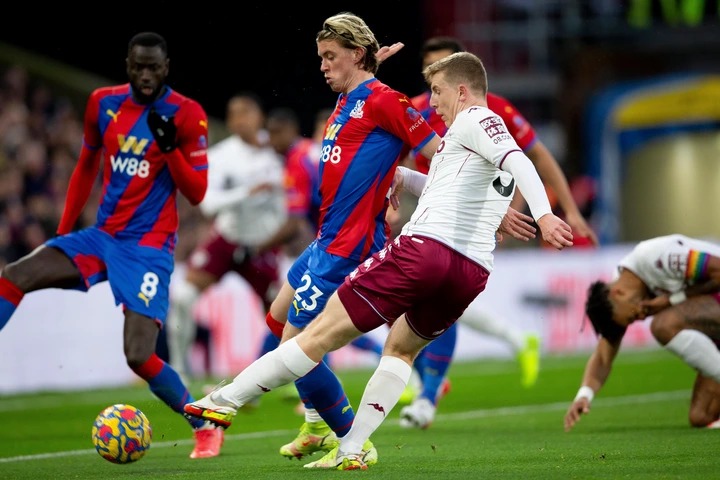 Since the beginning of the season, Conor has been Patrick Viera's primary player. Gallagher was unable to play against Aston Villa due to a lack of space. He was completely surrounded throughout the game, as was Benteke, who has scored in four of his last five appearances for Crystal Palace.