After about two months to being banned, Former Orlando Pirates star and Cape Town City midfielder Mpho Makola has completed his ban and set to return to his club. Makola was suspended for two months for his involvement in the skirmish that happened at the end of the MTN8 final against Mamelodi Sundowns in October of last year. 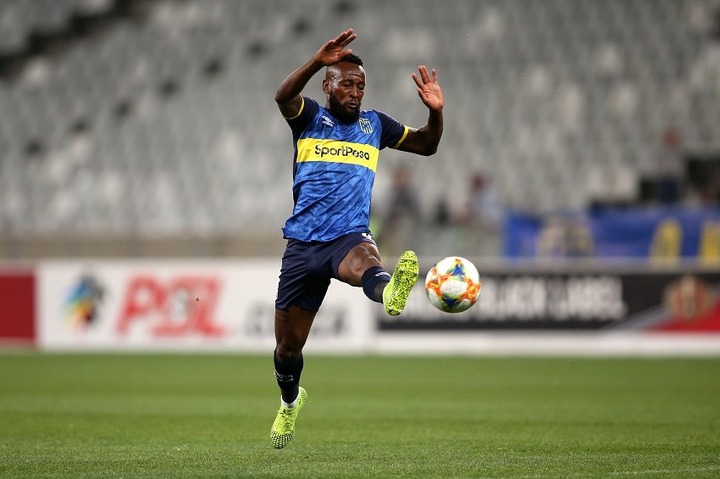 Makola appeared before the PSL disciplinary committee and served with a suspension back in January. The initial ban period was six months which was then reduced to only four games. That comes after he made an appeal about his offense.

Makola played an important role in the City squad, making just 18 appearances for the club before being banned. The Citizens will play host to Baroka FC this coming Sunday and would be eager to feature in the fixtures give his contract status.

The 35-year-old will see his contract come to an end at the end of this season unless the club offers him an extension.

PHOTOS: Meet Ministers and their beautiful wives, Number 3 will leave you speechless

Inside The Worst Prison In Ghana

Nigerian, South African And Ghana Police Women Are All Beautiful, Check Out Photos Below

Ramaphosa Left Everyone Speechless After He Said This.

Did you submit the correct documents? Sassa suspends nearly 39 000 grants because of this