After being released by the Soweto giants, a former Kaizer Chiefs player has lamented a lack of opportunity.

Itumeleng 'Jomo' Shopane, who rose through the ranks at Naturena while winning caps as a junior international, is currently without a club after his contract was terminated.

The 24-year-old spent the 2019/20 season on loan at Swallows in the GladAfrica Championship, where he scored 18 goals and helped the Birds gain promotion to the DStv Premiership.

Shopane was forced to sit out last season due to an unfortunate combination of circumstances involving an injury, and he is now a free agent.

"In my case, even though I tried to put myself out there, I never had the chance at Chiefs," Shopane told KickOff.com.

"I won the Shield Player of the Tournament, and while at Swallows, I was selected for the Under-23 group that traveled to Egypt and qualified for the Olympics, so I felt like I was pushing myself.

"The loan move to Swallows was a nice start in the right direction, but I couldn't seem to find the following step to consolidate the foundation. It's a tragic story, but it's also not the end of the world."

Shopane went on to say that the timing of the Chiefs' decision has hindered his search for a new club.

"The Chiefs scenario last season was taxing, and it's awful that it's come to this after seven years at Chiefs," he added.

"Since winning the league with the Swallows, everything has gone wrong for us at Chiefs, so I guess it's time to go on." I didn't expect them to fire me because I had two years left on my contract, but I was told that the coaches couldn't accommodate me into their schedule.

"They also informed us that they are unable to provide us with teams." I believe the decision was made because the club no longer wanted us. The problem of all of this is that they decided to end it so late in the season, after teams had finished pre-season, making it impossible to find clubs.

"What's worse is that it's been a long time since I've played, and I can't afford to sit out this season." I only played a few friendly matches last season because I wasn't registered. My peers my age are already playing, therefore I need to get started as well." 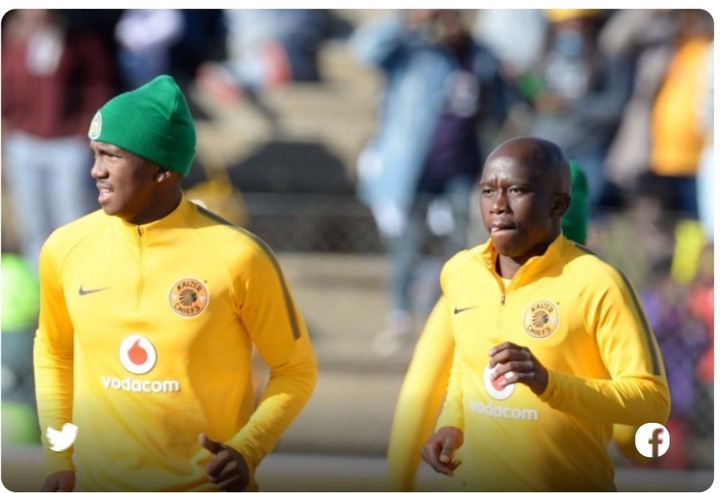