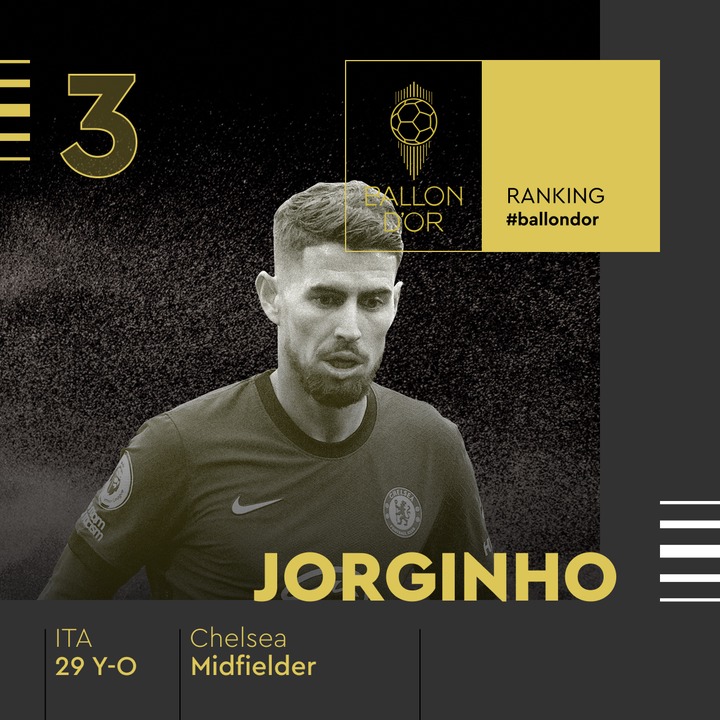 However, the Italian's performance during the 2020-21 season wasn't that impressive. He did, however, win numerous accolades.

In his 28 league appearances for Chelsea, he scored 7 goals and registered 1 assist. The club finished 4th in EPL, 2nd in FA Cup, and was knocked out of the EFL Cup in the 4th round.

He made 12 UEFA Champions League appearances for 'The Blues', but only scored 1 goal and registered 1 assist. This includes his performance in the UEFA Super Cup

He made 7 appearances for the Italian national team at the Euro 2020 tournament earlier this year. He failed to score a goal not register an assist throughout the tournament but did however win the tournament.

His awards and achievements in the 2020-21 season were motivated by the performance of his club and his national team. 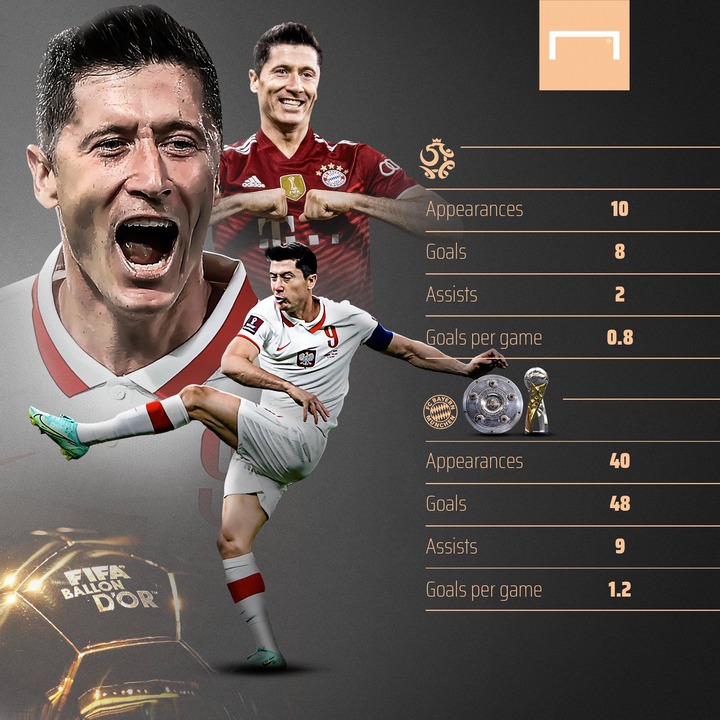 FC Bayern Munich's Polish striker overtook both Lionel Messi and Cristiano Ronaldo to become the best striker in the world.

However, all his UEFA accolades are for the 2019-20 season. The Polish striker didn't win any major tournament during the 2020-21 season. He only won the Bundesliga and several Germany-centred tournaments of which FC Bayern has been winning for 10 years.

In his 29 league appearances for FC Bayern, he scored 41 goals and registered 7 assists. He broke Gerd Muller's record of scoring 40 goals in a season, which stood for 49 years.

Robert played in 6 of FC Bayern's UCL matches during the 2020-21 campaign. The club was knocked out of the tournament in the semi-finals by PSG. He had 5 goals.

Robert may have shown that he is a decorated striker, however, the Polish superstar didn't win anything outside of Germany. His national team didn't make an impact in any tournament. 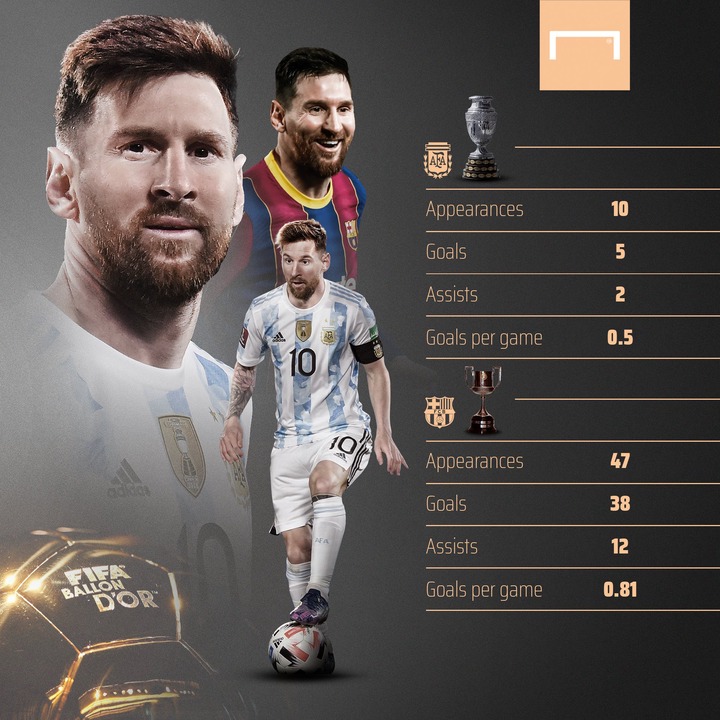 The 2020-21 season wasn't an easy campaign for FC Barcelona. The Blaugranas failed to win a single major trophy. Barca only managed to win the Copa Del Rey.

The Argentine and his former club FC Barcelona were heavily humiliated out of the 2020-21 UCL campaign by FC Bayern Munich. The Bundesliga reigning Champions thrashed Barca with a massive 8-2 win.

Even though Barca failed to capitalise during the 2020-21 season, Messi did however scored 30 goals and registered 11 assists in the same campaign.

He scored 5 goals and registered 2 assists in the UCL campaign, and also scored 3 goals and made 1 assist in the Copa Del Rey campaign.

During the Copa America tournament, Messi's performance led Argentina onto winning the campaign, let alone in his first international trophy. He scored 4 goals and registered 5 assists in 7 appearances.

Messi was the top goal scorer in both La Liga and Copa America campaigns.

The argument of the number of goals between these two superstars is very intriguing. Let's recap the 2018 Ballon d'Or. 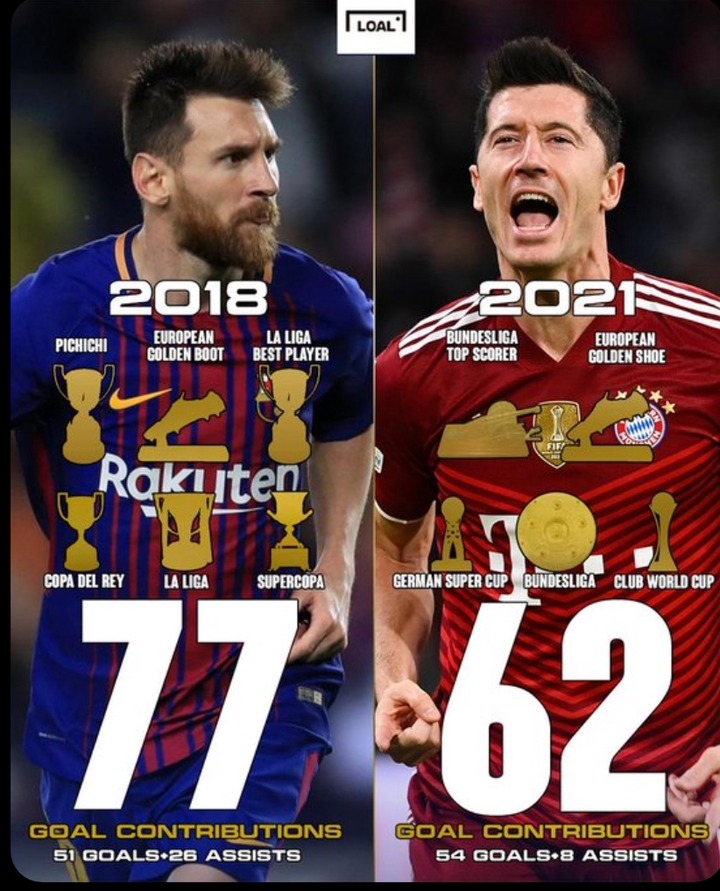 In 2018, Messi was ranked 5th place of the Ballon d'Or nominees. His stats were as follows:

He had a 77 goal contribution which was composed of 51 goals and 26 assists. He also had won the Pichichi, European Golden Boot, La Liga Best Player, Copa Del Rey, SuperCopa, and the La Liga title.

62 goal contribution which is composed of 54 goals and 8 assists. 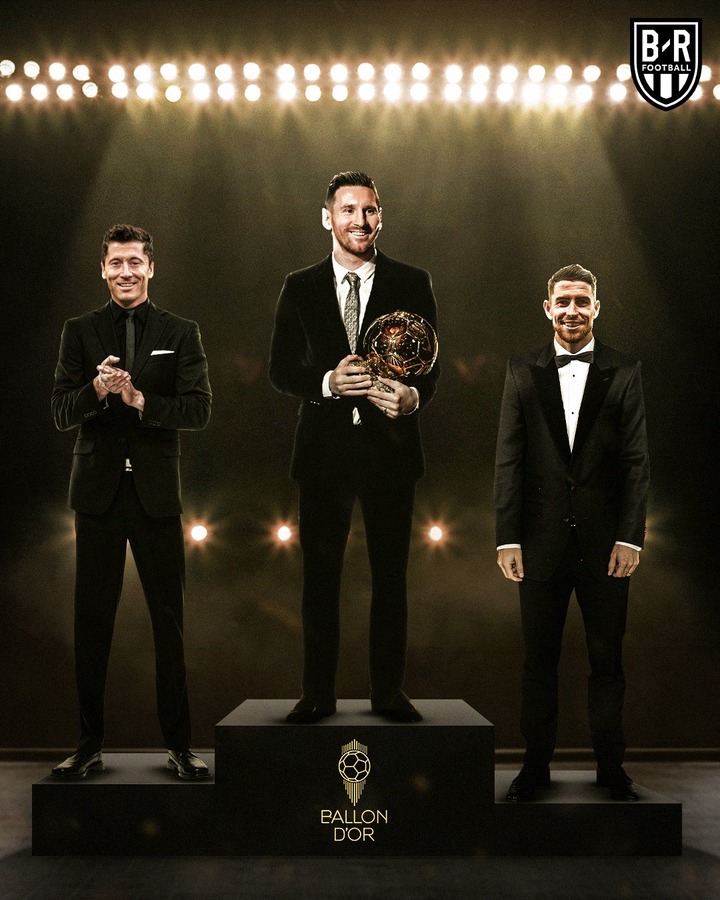