Rangnick's entry was as routine as a professor entering the classroom, and 'The Professor' still has plenty of homework to offer his students. Ayew's opportunity came from a corner, but United were otherwise dominating from dead-ball kicks, with Victor Lindelof relishing the physical duels even more than usual. 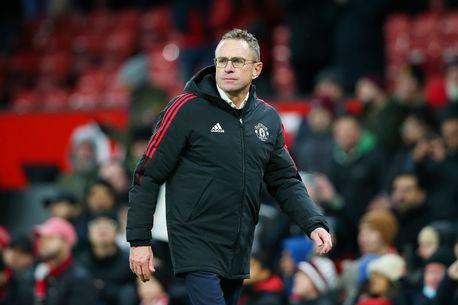 Rangnick radiated a calm authority, although he was prone to the occasional heated outburst, which was sparked by Bruno Fernandes and then Ronaldo late in the game. His arrival was so low-key that United fans gave Patrick Vieira in the opposition dugout more prominence. Rangnick went up the touchline, directly to the technical area, blending in with the posse of staff members wearing matching black winter coats. The stadium's compere, Alan Keegan, did not properly introduce Rangnick to the audience. 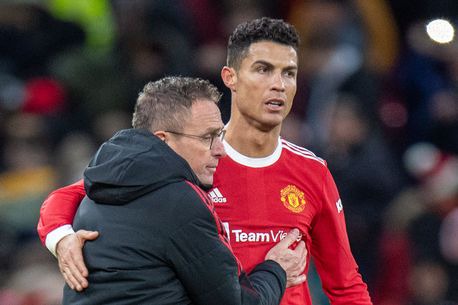 There was no complimentary shout from United fans when Rangnick came onto the ground to grab the ball to speed up Palace's time-wasting. At full-time, they screamed Vieira's name again, reminding him of his unintentional assist for Ryan Giggs at Villa Park in 1999. As the clock crept passed the hour mark, stubborn cries of 'Red Army' drowned over impatient harrumphs, and United's patience was rewarded. This week, Rangnick and Michael Carrick have purified the environment and indisputably re-energized the fans.

United's offensive was furious and organized in a dominant first half that was almost capped by the daring Dalot's last kick, which was more suited to Rangnick's proactive plans than the £50 million Wan-Bissaka, who was on the bench for his return from a hand injury. Telles is playing consistently and efficiently enough to pose a threat to Shaw, who had previously been uncontested. 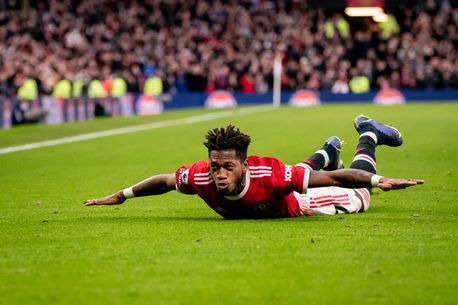 United started in an unusual 4-2-2-2 formation out of possession and pressed harder in the first three minutes than they had in the previous three months. They were awarded two corners, and Telles' early sighter drew cheers from the fans and Rangnick. Rangnick mounted the steps to the dugout, apparently happy, after Scott McTominay's challenge inside Palace's third. Rangnick, a diligent watcher, will like the elevated view position of the Old Trafford dugout.