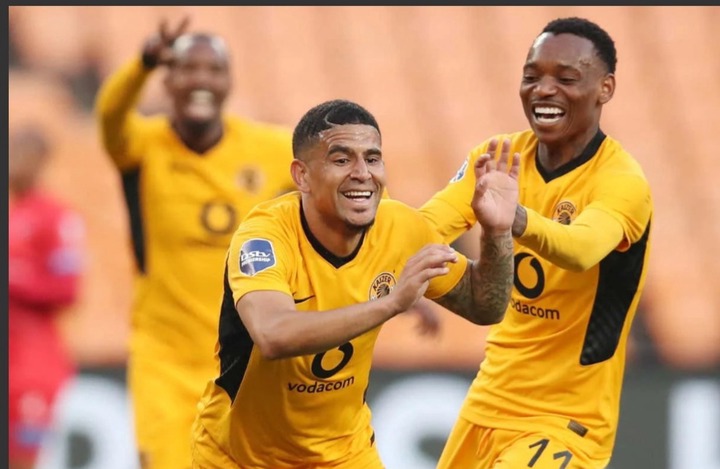 After moving to second place on the DStv Premiership log and reducing the distance on Mamelodi Sundowns in the title race, four Kaizer Chiefs players have been highlighted as dangermen in the team's recovery.

Following their excellent 3-1 win against Swallows FC last weekend, the Chiefs are gearing up to play inconsequential Cape Town City on Saturday, hoping for similar results.

Eric Tinkler, City's head coach, is concerned of in-form Chiefs stars Khama Billiat, Keagan Dolly, and Bernard Parker, who have been producing and scoring goals, while also stating that a player like Lebogang Manyama must be kept in control.

"We began preparing for the game against the Kaizer Chiefs... and the in-form Kaizer Chiefs." They've had some good successes recently, so I don't think I'll need to inspire my players for a game against them. My players should be motivated only by the fact that they are playing against such a well-known club as Kaizer Chiefs," Tinkler remarked through City's media department.

Tinkler believes that against Amakhosi, his squad will need to be more organized in defense than they were against Mamelodi Sundowns.

"We've kept a clean sheet against the best team in the league in Mamelodi Sundowns, and consistency is crucial, especially as we approach a game against Kaizer Chiefs, who have a lot of firepower up front in Billiat, Dolly, Bernard Parker, and Manyama, as well as a lot of players who can score goals."

We must be very highly structured and organized defensively. But we must return there and play without fear and with a strong conviction in ourselves. We are a team that enjoys playing attractive football and would like to keep doing so. But sometimes we have to play ugly football in order to get the most points, and I think that will be a lesson for the players this week to understand the importance of us improving defensively and not leaking the number of goals that we have been leaking, as well as staying consistent in what we do," the coach concluded.

Pirates and Chiefs transfer target players have been revealed