By MastermindSAnews (self media writer) | 4 months ago 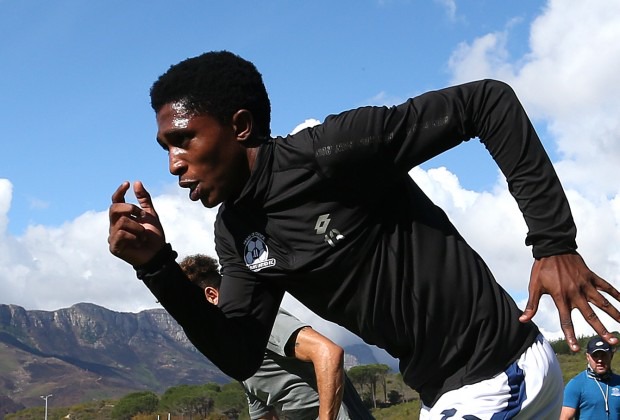 Polokwane City packed away their second win of the period subsequent to pounding Richards Bay 4-0 on Wednesday evening at the Old Peter Mokaba Stadium.

Get going hustled to a three-objective lead in the principal refrain, with the fourth objective coming in stoppage time and they went up to fifth on the log with eight focuses while Richards Bay were trapped in thirteenth spot with four focuses.

JDR Stars climbed to third on the log after a fight against eminent loss 2-1 win over Pretoria Callies in the Tshwane derby on Wednesday evening at Lucas Moripe Stadium.

Kaizer Chiefs loanee Keletso Sifama broke the halt for Callies halfway through the primary refrain yet just for Malebogo Modise to get the equalizer for JDR ten minutes after the fact.

Ishmael Wadi grabbed the victor for the Hammer Boyz in the 64th moment.

Free State Stars scaled to second spot on the table in the wake of beating TS Sporting 2-1 on Wednesday evening at Goble Park.

Ea Lla Koto secured their third triumph of the period, which saw them clock ten focuses, only three focuses behind pioneers Platinum City Rovers while Abantu Bemthetho dropped down to eighth on the log with seven focuses.

Jomo Cosmos stay winless after they were held to a goalless impasse by Venda Football Academy on Wednesday evening at Thohoyandou Stadium.

Ezenkosi got just their second mark of the period, that moved them above base side Pretoria Callies, in fifteenth put on the log while Venda FA climbed to eleventh on the table with six focuses.

Platinum City Rovers stayed unbeaten at the highest point of the table after a late 1-0 success over Uthongathi on Tuesday evening at Princess Magogo Stadium.

After a goalless first refrain, Mtshweni got the victor for City Rovers as of now, as they opened a three-point hole at the highest point of the log.

College of Pretoria secured their second success of the period in the wake of edging Cape Town All Stars in a five-objective thrill ride on Tuesday evening at ABSA Tuks Stadium.

Samuel Julies broke the halt for AmaTuks soon after the half-hour imprint and All Stars got the equalizer not long before the hour-mark.

Sanele Barns and Luvuyo Phewa got two objectives for the hosts to give them a 3-1 lead and the guests got a comfort objective in stoppage time.

Tshakhuma Tsha Madzivhandila and Black Leopards stayed in the base portion of the log in the wake of playing to a 1-1 attract the Limpopo derby on Tuesday evening at Thohoyandou Stadium.

Nicolas Motloung scored for TTM while Tiklas Thutlwa was on track for Lidoda Duvha and Tshakhuma climbed to twelfth on the log with five focuses while Leopards climbed to 10th with on the table with six focuses.

Cape Town Spurs' quest for their first success of the period proceeded after they were held to a 1-1 draw by Hungry Lions on Tuesday evening at Parow Park.