Why Pirates are copying Sundowns the wrong way [Opinion] 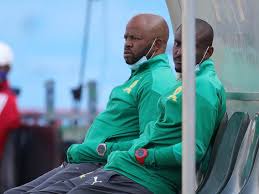 Mamelodi Sundowns have become the standard bearer of South African football and their way of doing things will always be copied but Orlando Pirates could have made a big mistake in mirroring the Brazilians' coaching arrangement.

Pirates were not challenging for the league title last season but they had some direction in their play under former coach Josef Zinnbauer, who resigned after defeat to Swallows in the first game of the season, the MTN8 quarter-finals, as defending champions. 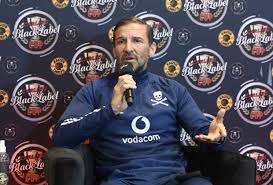 The Soweto giants did not immediately address their coaching issues but went for continuity, as Mandla Ncikazi, who joined the club in the off-season, as member of the technical team, was elevated into co-head coach with Fadlu Davids, previously an assistant to the German.

The problem of having a co-coach is that when things are not working out, fans don't even know who made what decision, because there simply won't be accountability.

The problem with the coaching duo of Davids and Ncikazi is that they could both be having different philosophies on how the team should play, which in turn could create confusion with the players. 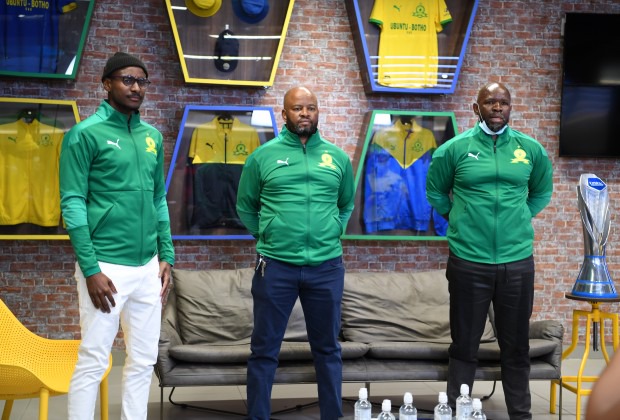 In comparison to Sundowns' co-coaching situation, Manqoba Mngqithi and Rhulani Mokwena both worked alongside Pitso Mosimane and the players are familiar with their coaching manuals.

Crucially, the addition of Steve Komphela as a "senior" coach, was a recommendation from Mngqithi, who needed seniority on the bench to compensate for the loss of Mosimane.

However, Pirates' coaching arrangement is such that, Ncikazi was brought in by management and was not a recommendation from Davids (as Pirates still had a Zinnbauer as head coach), which could make the working relationship tricky and to implement a style of play both coaches are happy with, they may need to make compromises to what they believe in. 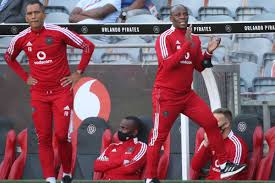 Yes, Sundowns coaches recently had a fallout but their disagreements off the pitch did not affect the team, as the players already know what is expected of them.

Pirates should have been the biggest candidate to compete with the Brazilians for the title this season, as last term they were disturbed by the striker injury crisis mid-season and fell away.

And also because the Buccaneers, in terms of individual quality, are rated to be up there with Sundowns, compared to Kaizer Chiefs, who are still rebuilding the team.

With Zinnbauer, who assumed the full responsibility of the team gone, the co-coaches Ncikazi and Davids will experiment with the team, which is unacceptable for a team like Pirates. 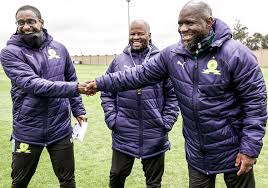 The Buccaneers should be firing on all cylinders by now, not having coaches who are still experimenting and still no one can take responsibility.

"Pirates must win all matches, that's the expectation, I'm just disappointed we did not do what we planned, we're far off the objectives that we made for ourselves but it's a lesson, it's not a loss," Ncikazi said after the 1-1 draw with Cape Town City, as per Kickoff.

"Let's learn quickly though, let's not be slow learners and try change the result. This team deserves more than what we're giving," he added. 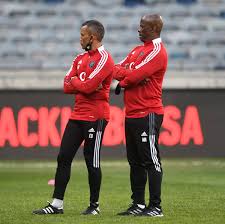 Pirates are now seven points behind log leaders Sundowns in sixth place on the table and if they keep dropping points, midway through the season, the gap could reach double figures and that could just be a summary of their league campaign already.