Matthews Inquires Into Mbule's Professionalism in the Wake of Chiefs Links. 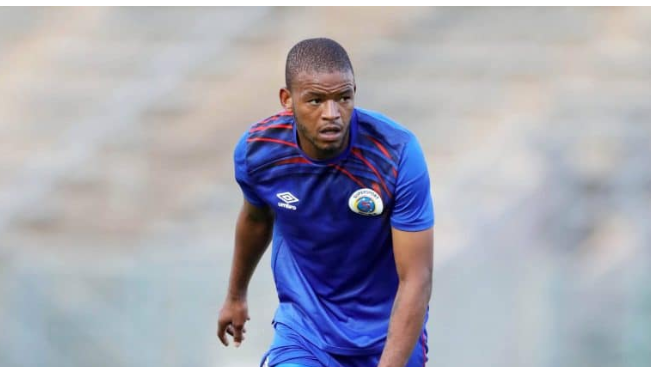 In the wake of rumors linking Sipho Mbule to Kaizer Chiefs, SuperSport chief executive officer Stan Matthews has questioned Mbule's conduct, and has insisted that he would not be permitted to move the transfer window.

It has been widely reported that the 23-year-old midfielder is on his way to Naturena, with his agent Mike Makaab stating earlier this week that a deal might still take place before the January transfer window closes on Monday, January 31.

Matthews, on the other hand, has slammed the door in Mbule's face, stating that the player must alter his conduct and show more respect to the club.

"There is absolutely no chance that he will be released within this window," Matthews said on the Ultimate Sport Show with Thomas Mlambo.

In six months' time, depending on Sipho and the way he handles his career as well as his attitude towards the club, we can have that talk."

"As I previously stated, Teboho [Mokoena] has been professional and has completed everything to the highest standard. As a result, we granted him permission to relocate six months early since he deserved it.

As with Modiba, as with Grant Kekana, the same goes for you. It has been the case with all of the players who have shown the club respect, who have demonstrated their loyalty to the club, that the club has supported them to have fantastic careers in football, and there have been no exceptions in this regard, from Kamohelo Mokotjo to Kermit Erasmus and Dane Klate, to name a few..."

Matthews noted that Mbule returned from the previous Christmas break overweight, which is "inappropriate" for a professional. However, Matthews insisted that Mbule will eventually be allowed his transfer and that he has the potential to achieve great things.

In addition, "I believe Sipho has made some progress in his approach toward training and application," said the coach.

"We acknowledge that clubs have pproached him and made offers to sign him. Like a professional, it seems reasonable to receive other offers; after all, no one in the entire world would object to Sipho going on to do great things for great money, just as Teboho did.

Sipho has failed in one or two of those areas, whereas Teboho has performed admirably off the field and in his demeanor and approach, earning him his transfer."

"He is well aware of this, which explains why he hasn't been involved in recent matches for the club." While he is a valuable asset and a marvel in his own right, it is clear from Sipho's physical state that he is not applying himself to the full extent of his potential. You don't have to be a rocket scientist to realize that he is not maximizing his potential.

"It's not possible to return from a Christmas vacation 5 kilograms overweight." This type of behavior is not acceptable in the professional football world, and if you want to earn hundreds of thousands of thousands of Rand, you must have self-discipline, show respect for your teammates and coaches, as well as the badge that you represent, and put in your best effort at all times, rather than taking your foot off the gas when you think everyone is chasing after your signature, because that is not the correct attitude to have."