By YourAlphafemale (self media writer) | 1 month ago

Forbes has revealed the highest paid soccer players in the world in 2021. Cristiano Ronaldo has taken the top spot although there is a slight difference between his total earnings and those of Messi. 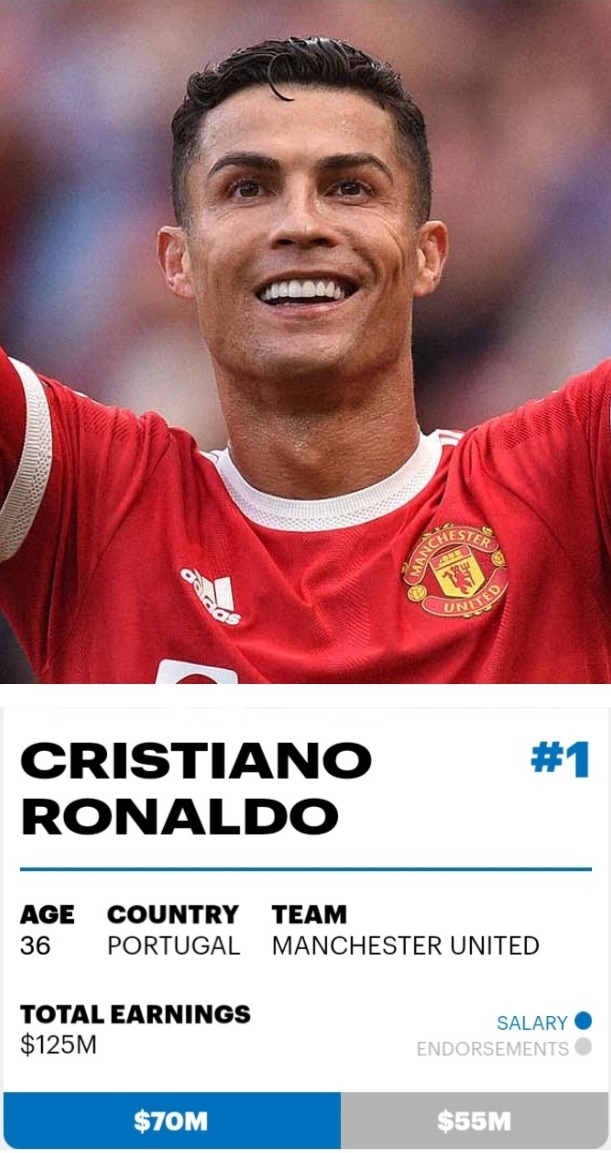 Not long ago both the greatest players of all time changed teams and taking many of their fans with them. Ronaldo moved from Italy's Juventus to England's Manchester United, he then became the top the charts becoming the best-selling player on the Fanatics sports merchandise site.

He is to earn $125 million before taxes in this 2021-22 season. $70 million is his salary and a bonus from Manchester United. His other earnings in this amount is from his personal endorsement and investments the start has partnership with Nike, herbalife, clear and other investments on his CR7 brand including hotels,gyms and more.

He knocked his soccer rival Messi who moved from Spain's Barcelona after 21 years of playing for the team to France's Paris Saint-Germain. Messi's total earnings is set to be $110 million in which he will be earning $75 million this season.

His personal endorsements and investments will be giving him $35 million from his partnership with addidas, Pepsi, budweiser and many more.

This season alone the total earnings of all the top 10 highest paid soccers players in the Forbes list will be $585 million in which it shows that it has moved up from last year as it was sitting at $570 million. Salary and bonuses will make $415 million.

Paris Saint-Germain now has three of the world's highest paid soccer players which has Neymar at No.3 with $95 million, Kylian Mbappe at No.4.

For Forbes to compile this list they spoke to clubs, worldwide soccer experts, commercial sponsors and player's agents. 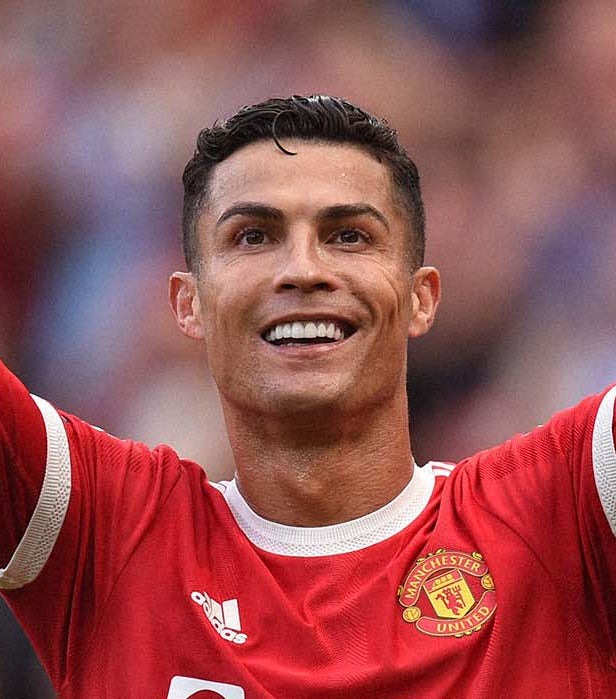 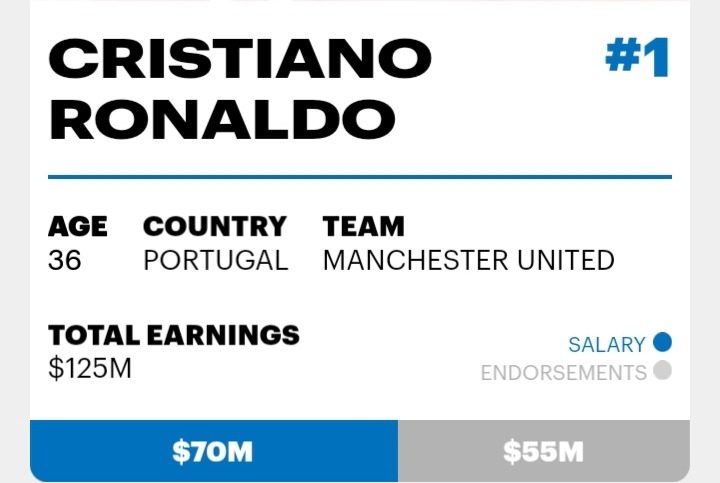 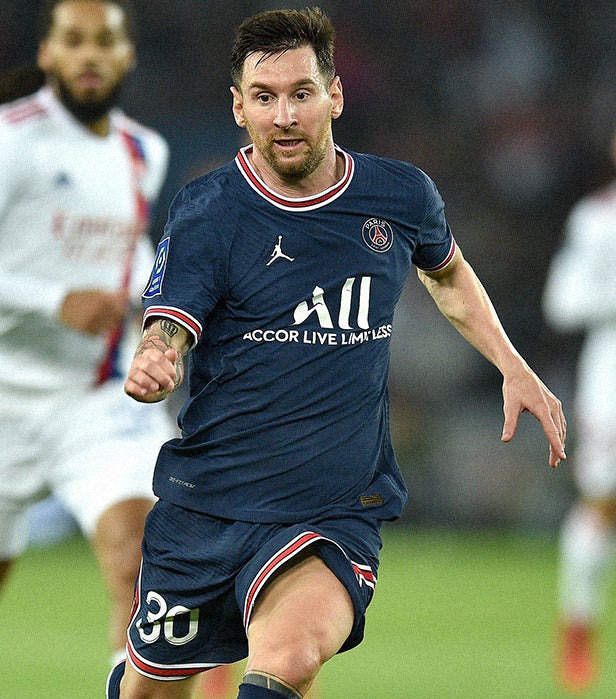 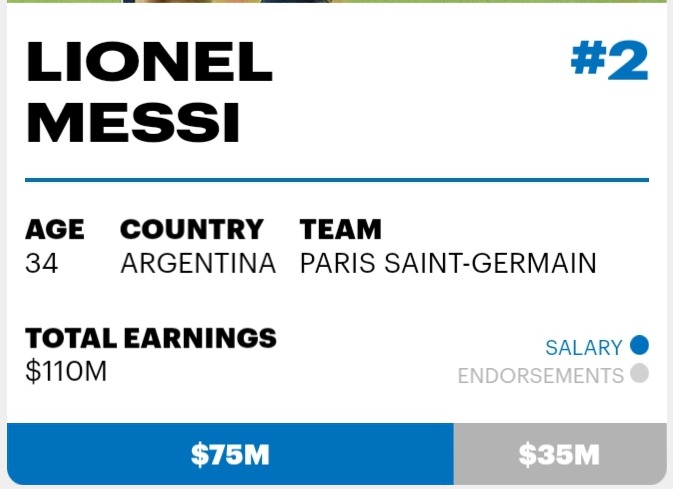 This year he signed a four year contract to stay with PSG for four years until 2025. 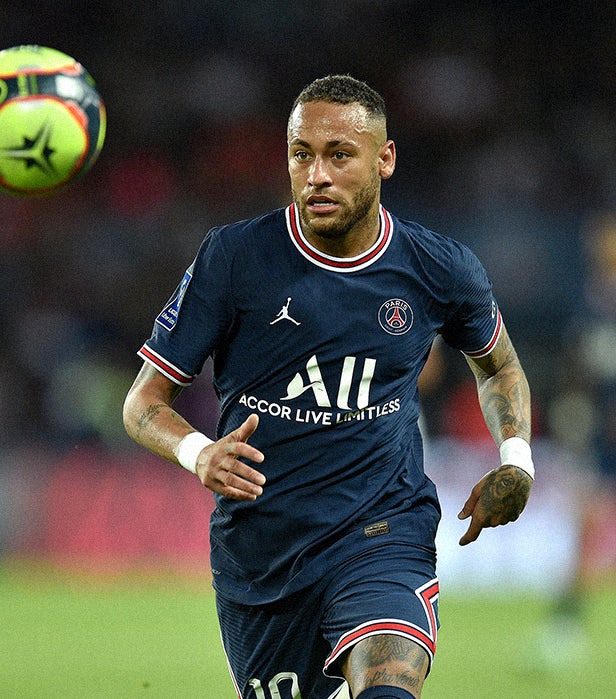 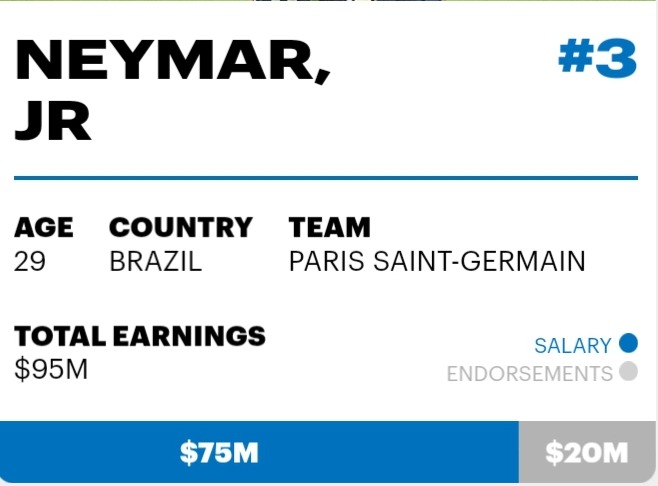 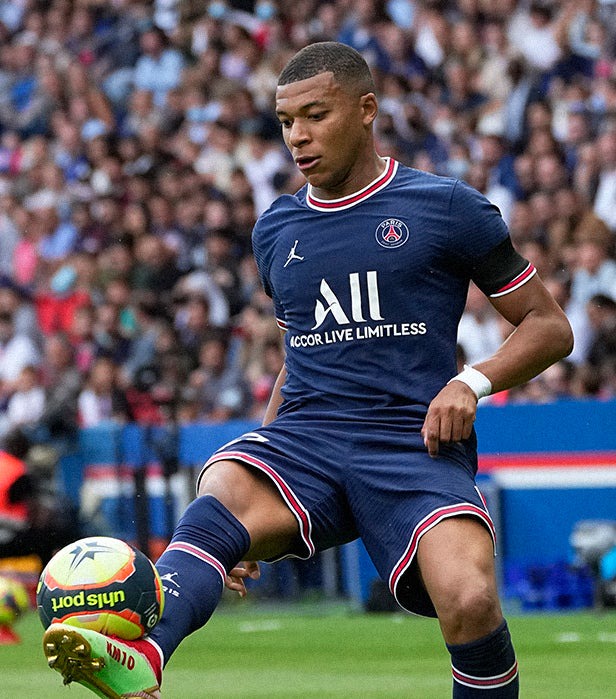 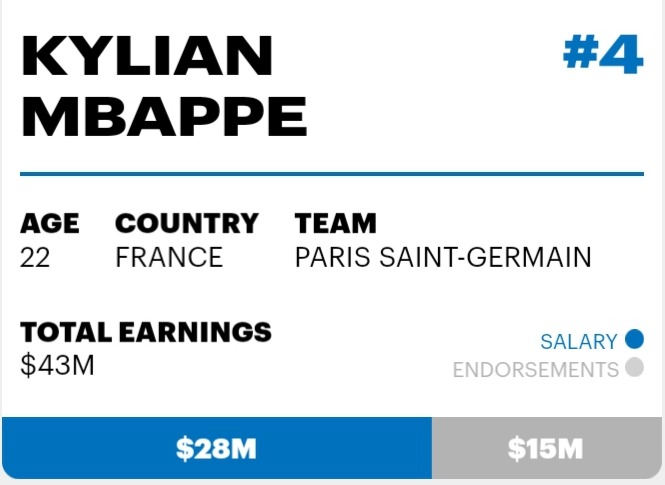 Liverpool's Mohammed Salah tops the top five of this list at $41 million. 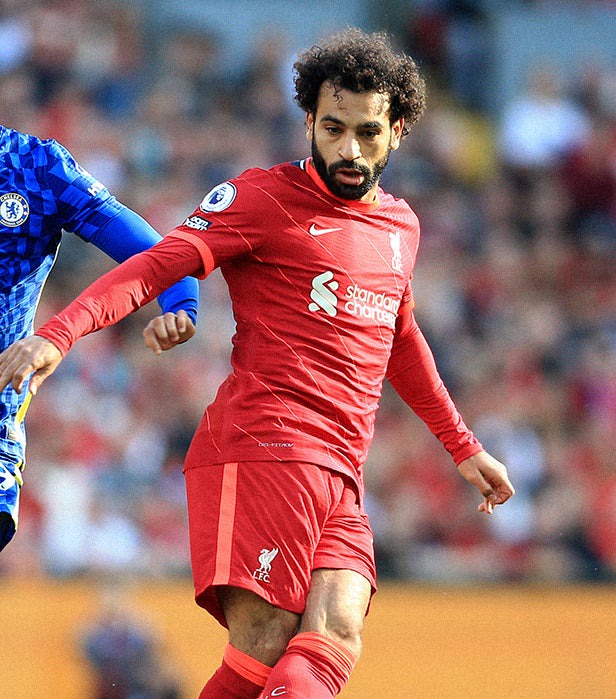 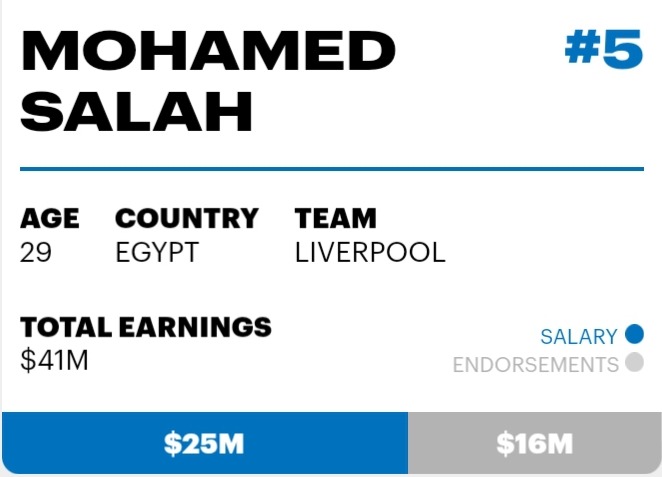 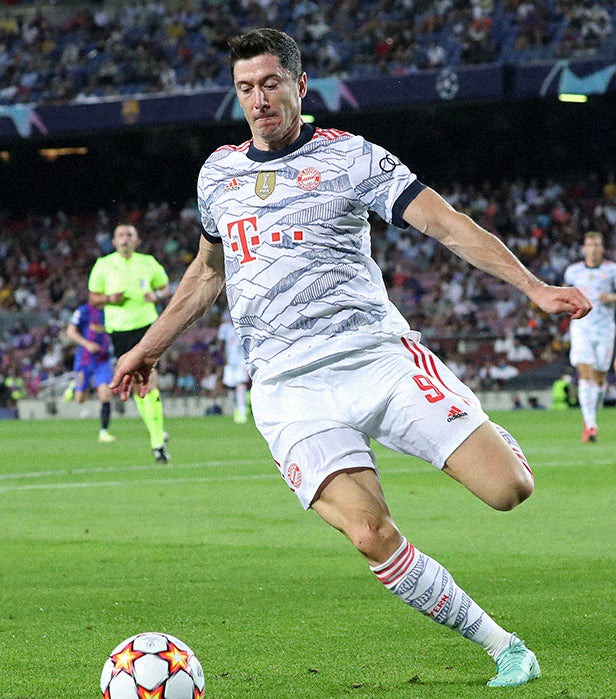 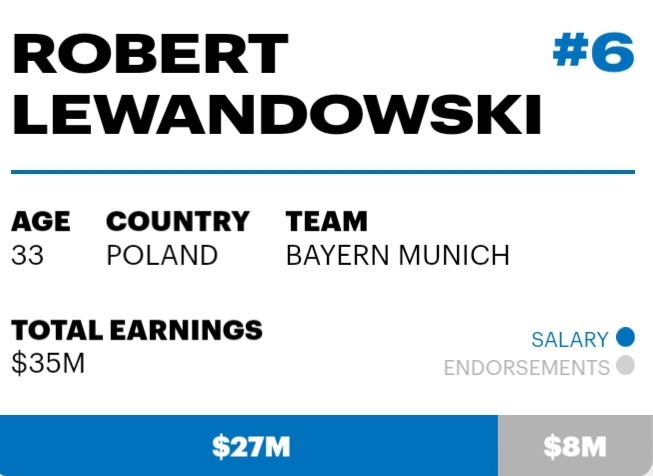 He is said to have played for non-European teams, he also left FC Barcelona in 2018 putting him at no.7 with $35 million. 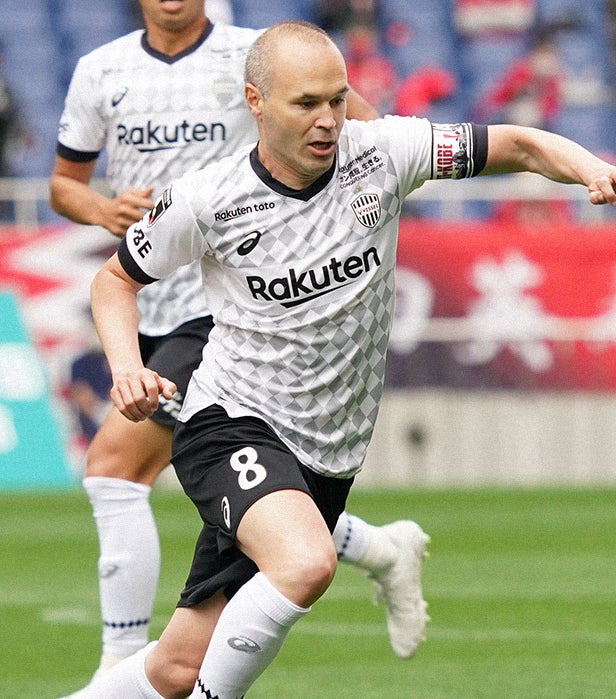 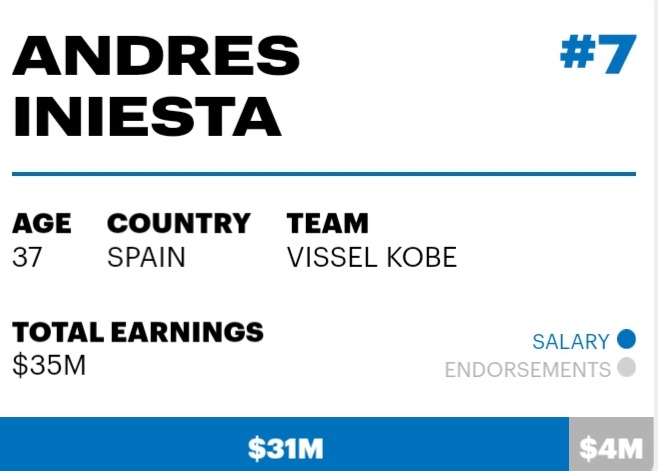 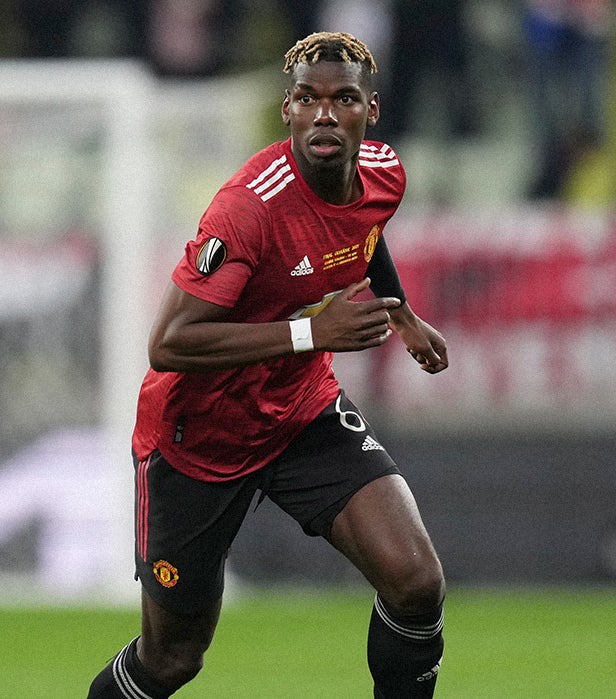 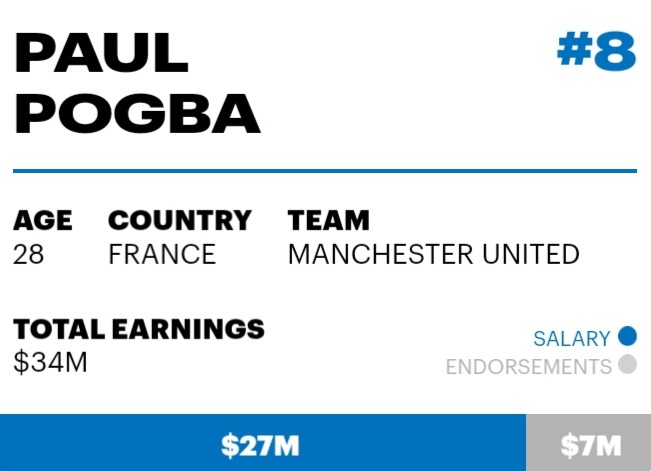 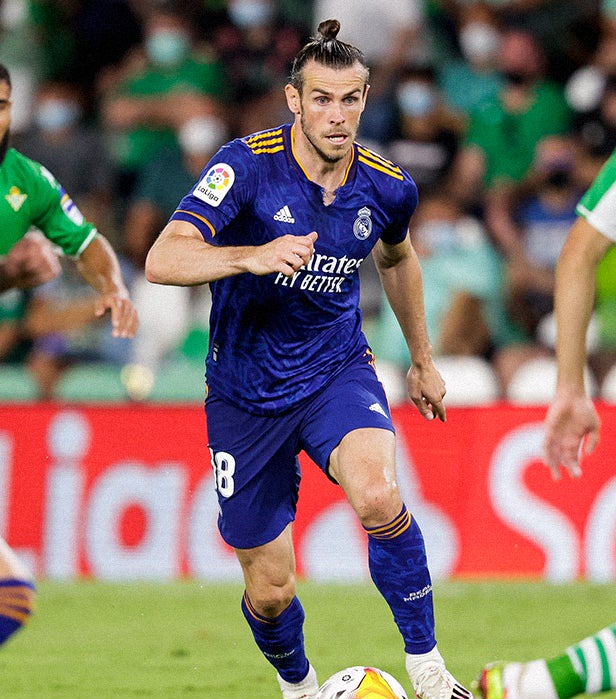 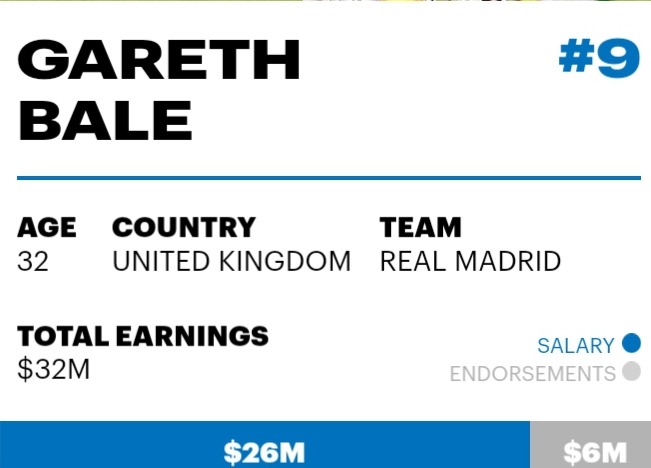 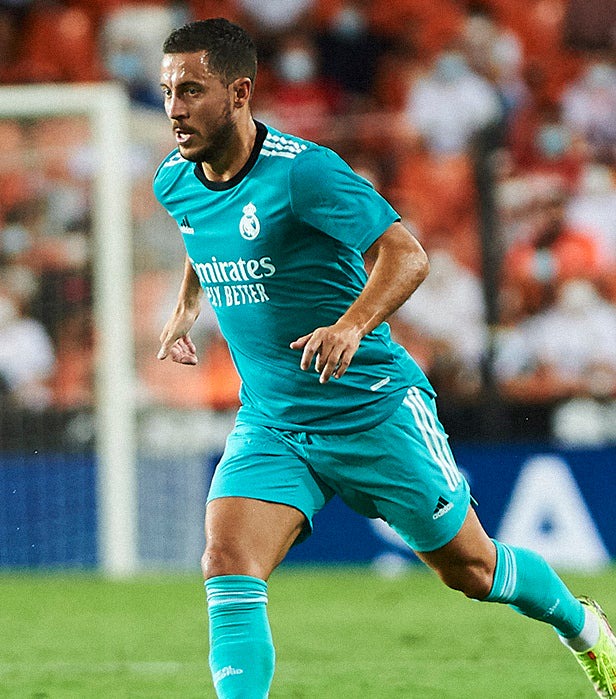 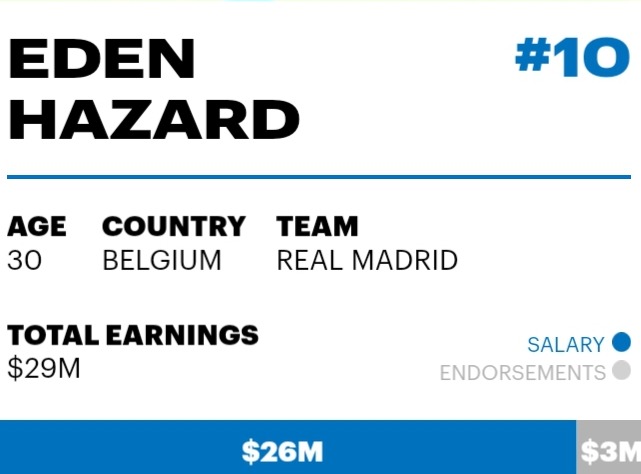 If you want to read more about the player's earnings and how they became part of this list check out.

Content created and supplied by: YourAlphafemale (via Opera News )