Al Ahly Might Swing The Axe On Pitso, Pirates Alert?

By OnlineNewzBible (self meida writer) | 7 days

If reports emerging from Egypt are anything to go by, Al Ahly head coach Pitso Mosimane's days at the helm of the African Club of the Century could be numbered. 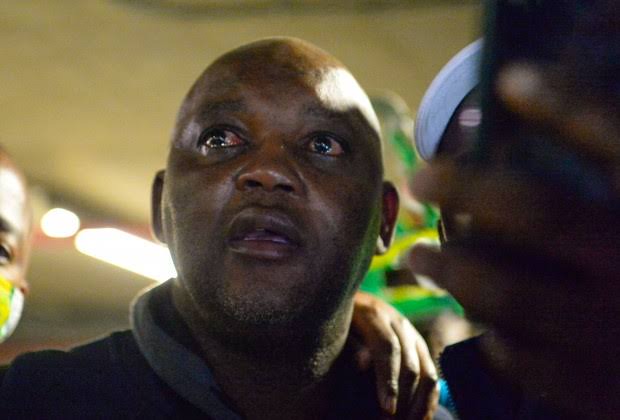 According to reputable Kingfut.com journalist Nuhu Adams, the high echelons of management at the Cairo-based club have expressed unhappiness at the team recent run on results and overall performance.

The Red Devils have won just two of their last five games, they were beaten 1-0 by Ghezzal Al Mahal last night which left them sitting in second place behind arch-rivals Zamalek on the Egyptian Premier league standings. 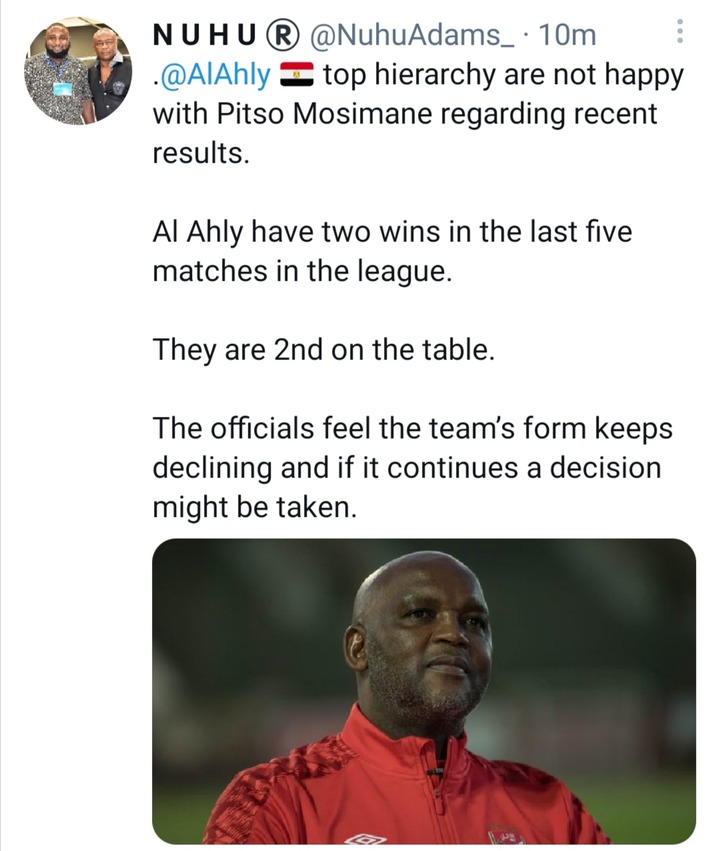 Reports suggest an ultimatum might have been given to Mosimane to turn the team's fortunes around, failure to do so might see him lose his lucrative job.

Jingles as he is affectionately known within the South African football fraternity has been the subject of swirling speculation pertaining to the vacant Bafana Bafana job. And with Benni McCarthy reportedly hesitant, it wouldn't be a surprise to see Mosimane jump the ships to come back home. 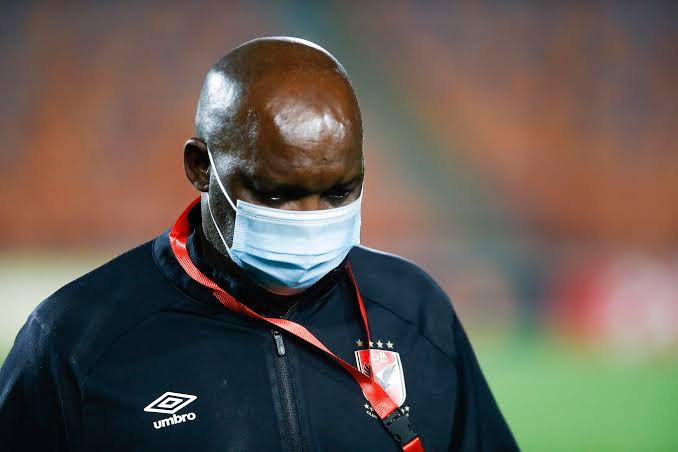 However, that possibility might still be far-fetched at this moment in time as Mosimane has seemingly being given time to improve his Ahly side's performances.

Fans took to twitter to comment on the speculation, with a large section of purported Orlando Pirates fans pleading for him to back and replace the embattled German coach Josef Zinnbauer. 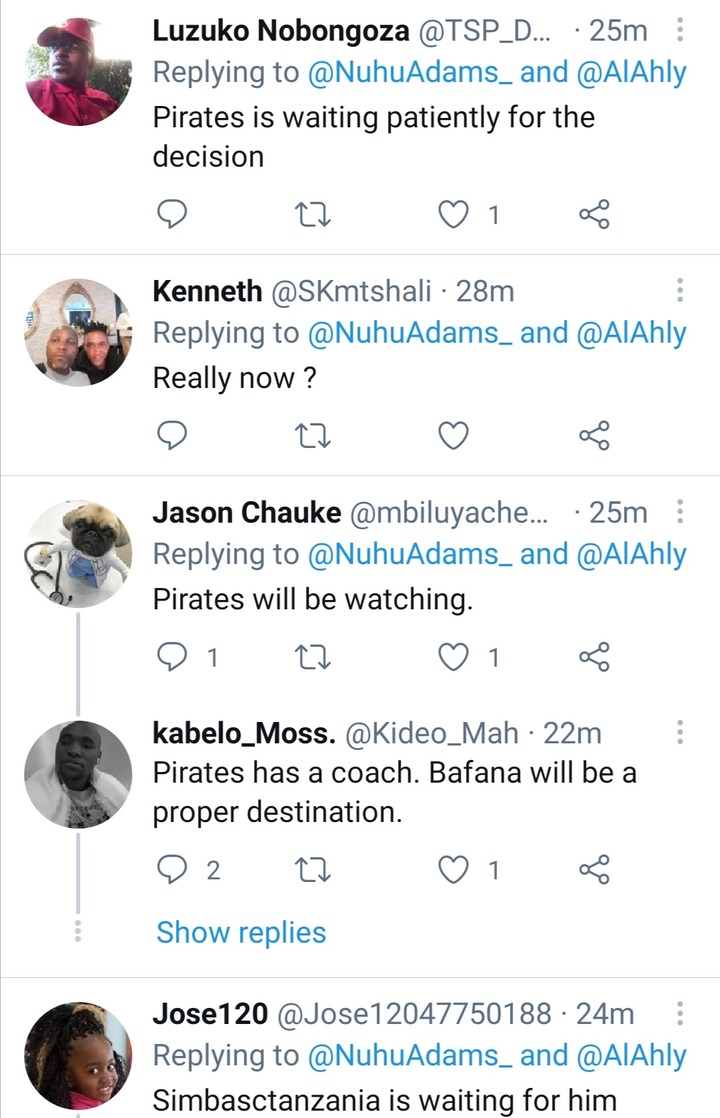 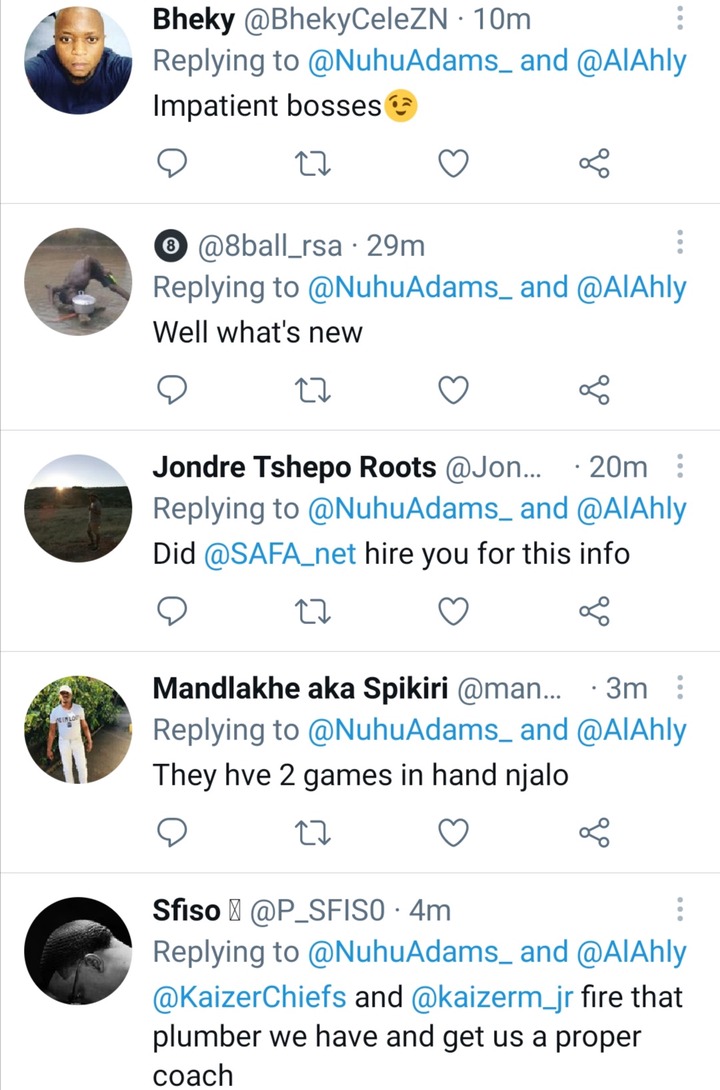 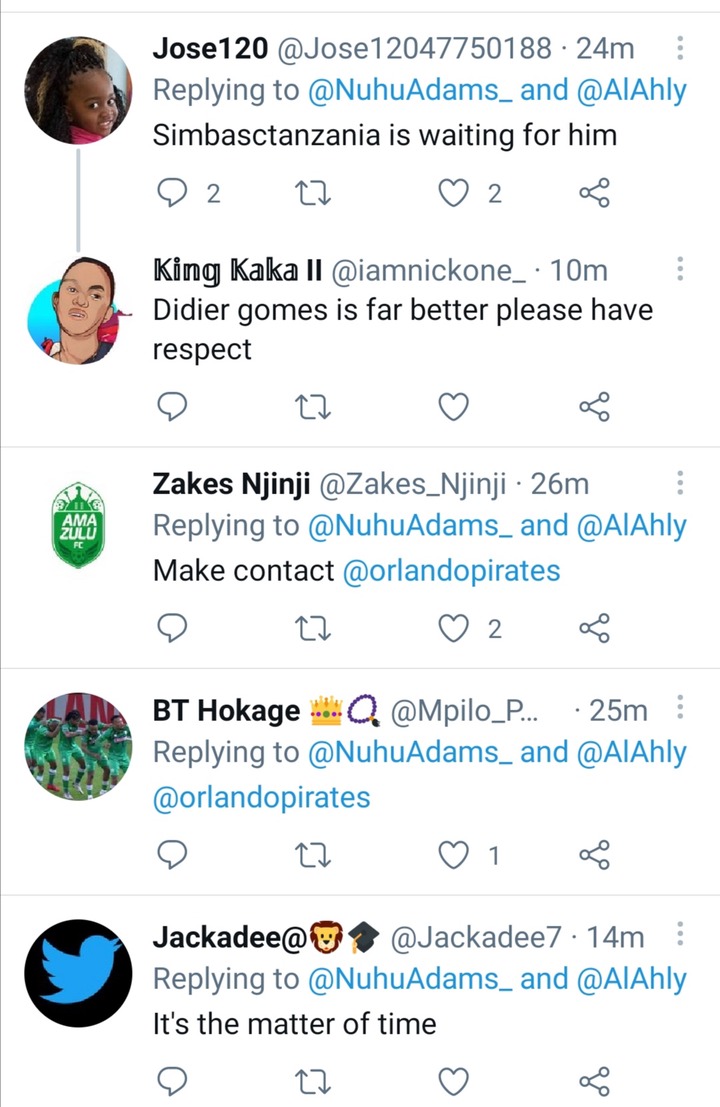 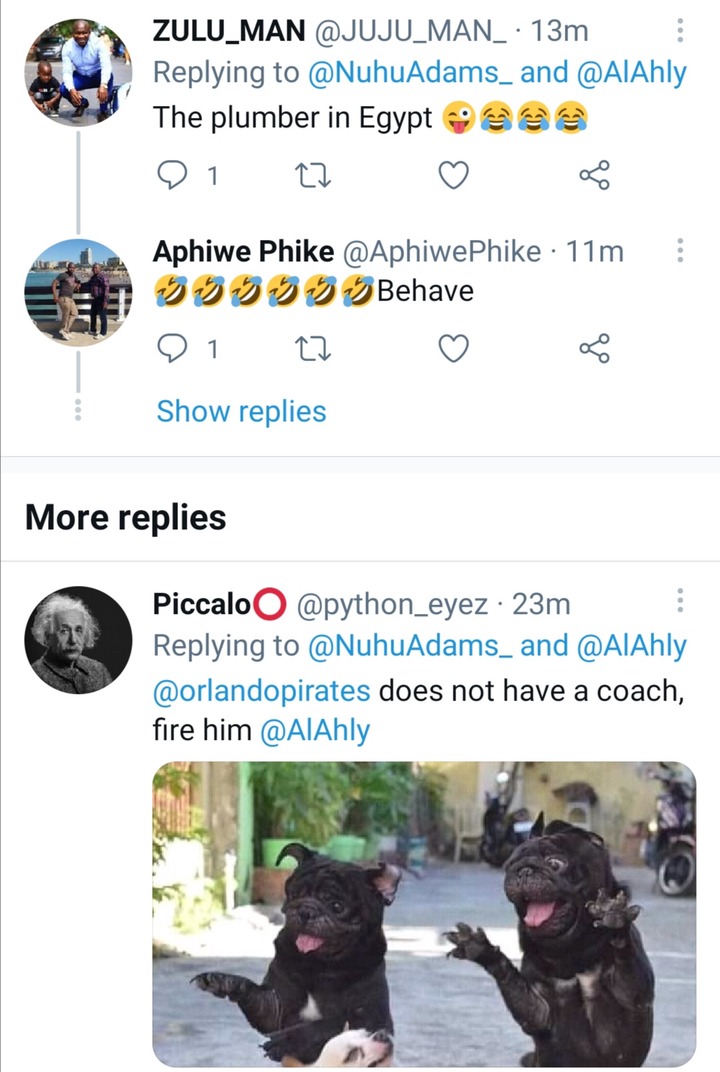 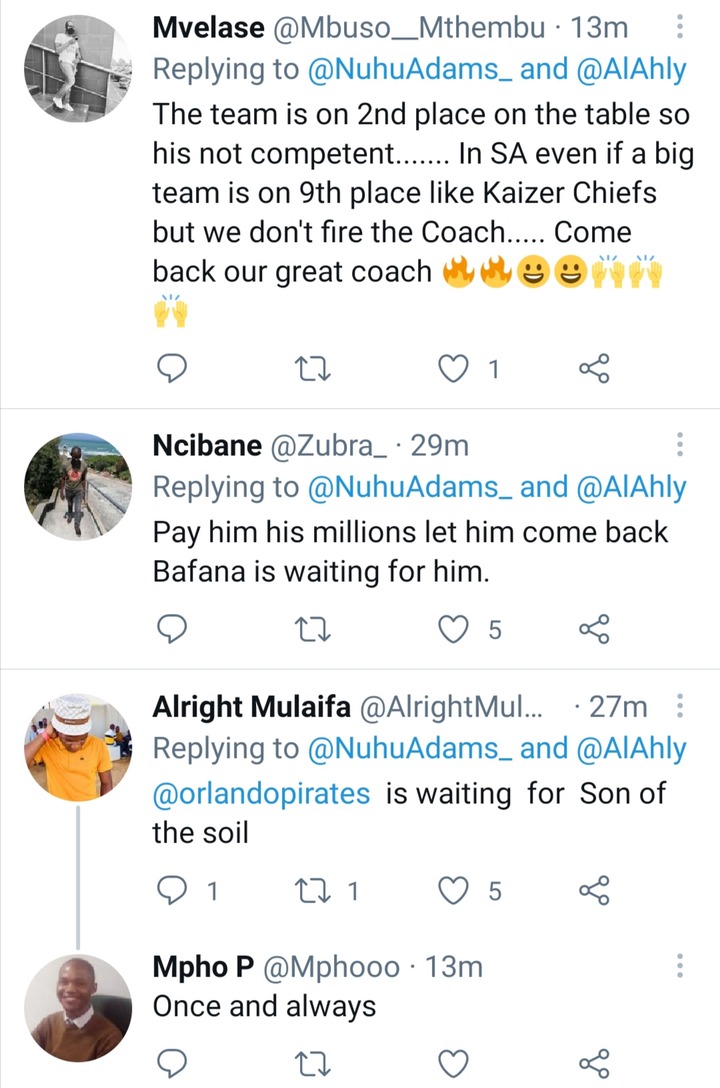 Do you think Mosimane will get sacked, or is just unsubstantiated rumours?

Amazulu Just gave away the league trophy to Sundowns