Orlando Pirates are set to make a transfer that no one saw coming. They are reportedly set to send Gabadinho Mhango to AmaZulu.

Mhango has not played much at the Buccaneers since his notable display at the Africa Cup of Nations with Malawi in January – he was already being sidelined before the continental tournament following reports that he’d failed to settle an expensive bill at a popular nightclub in Tshwane last year.

Despite his alleged off-thefield antics, Pirates were confirmed to have exercised the two-year option on his contract to keep Mhango at the club beyond the 2021/22 season, although that can also be viewed as a way to guarantee he did not leave on a free. 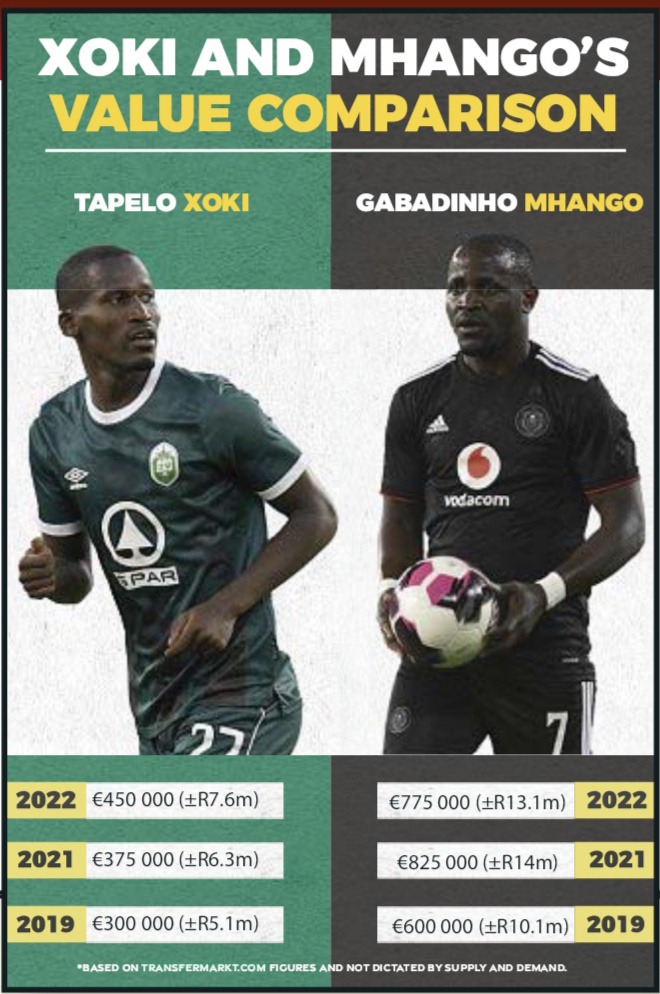 Word reaching Soccer Laduma is that a potential swap deal is on the cards between the Buccaneers and AmaZulu that could see Mhango join the Durban-based outfit and defender Tapelo Xoki heading in the opposite direction.

Xoki is reportedly on the way to Pirates already, with a club-to-club agreement having been agreed to in principle, but the finer details could still involve Mhango moving to Usuthu and turning over a new page.

It’s not clear yet when and if this kind of a deal will be concluded and agreed on by the two sides. However, the crew has been led to believe it is indeed on the cards as AmaZulu management would be keen to replace Xoki with a striker of Mhango’s quality, even though they are losing one of their key defenders.