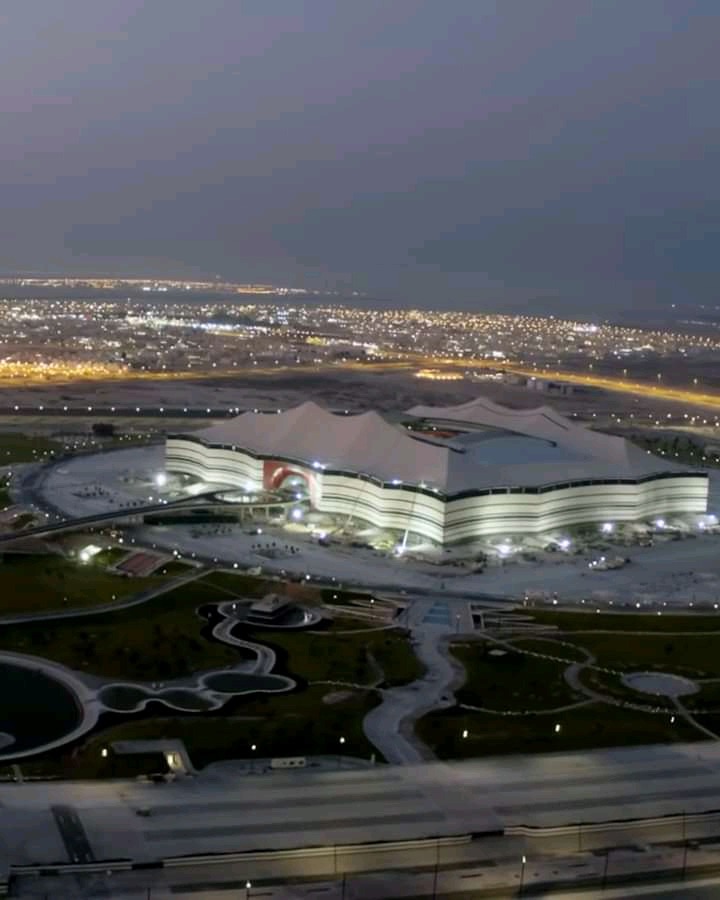 The 2022 FIFA world cup is set to take place in Qatar,the African continent hasn't yet finalized the five nations that will represent the continent in the world's biggest football tournament.Ten teams are due to engage in the world cup qualifiers play offs after they have successfully maintained and secured the top spot in their respective group stages.The Africans have long been awaiting the play offs draw,the Confederation of African football had just published the single legged draw.The draw was bit delayed by the refereeing issues which left many football fans dissatisfied after their respective nation's journey were cut short by what they believe to be a refereeing errors. 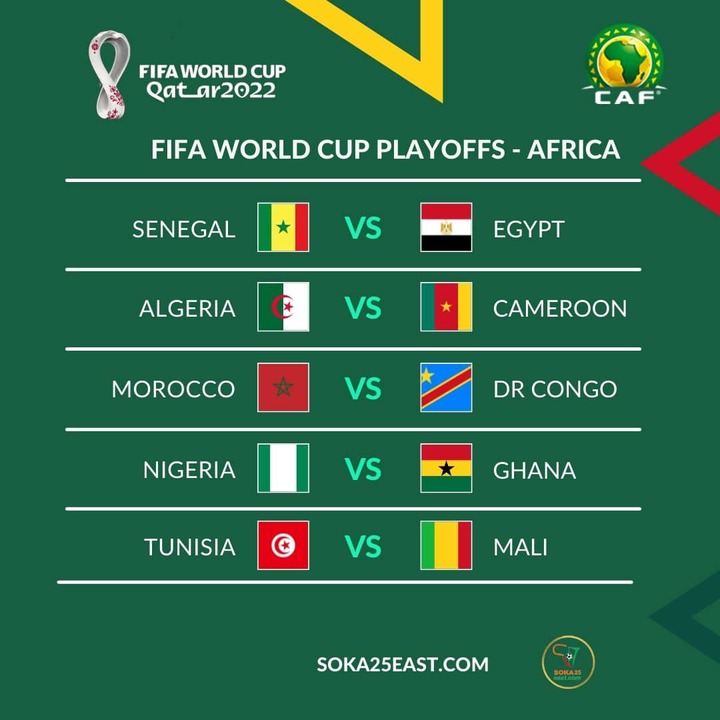 Unfortunately,all the appeals that were made by the nations that felt like they were being robbed or the referees were somewhere somehow being bribed to sabotage them were rejected by the two football governing bodies,that is FIFA and CAF.This has brought some dark shades in the African football.Such case presented in the FIFA and CAF was that of the final group stages match against South Africa and Ghana,the match was a decider as the other two teams were already out of the race.Ghana knocked Bafana Bafana out of position number one by beating them by one goal to none,South Africa went into the match as the leaders of the group,all they needed was a draw or win to make it to the play offs. 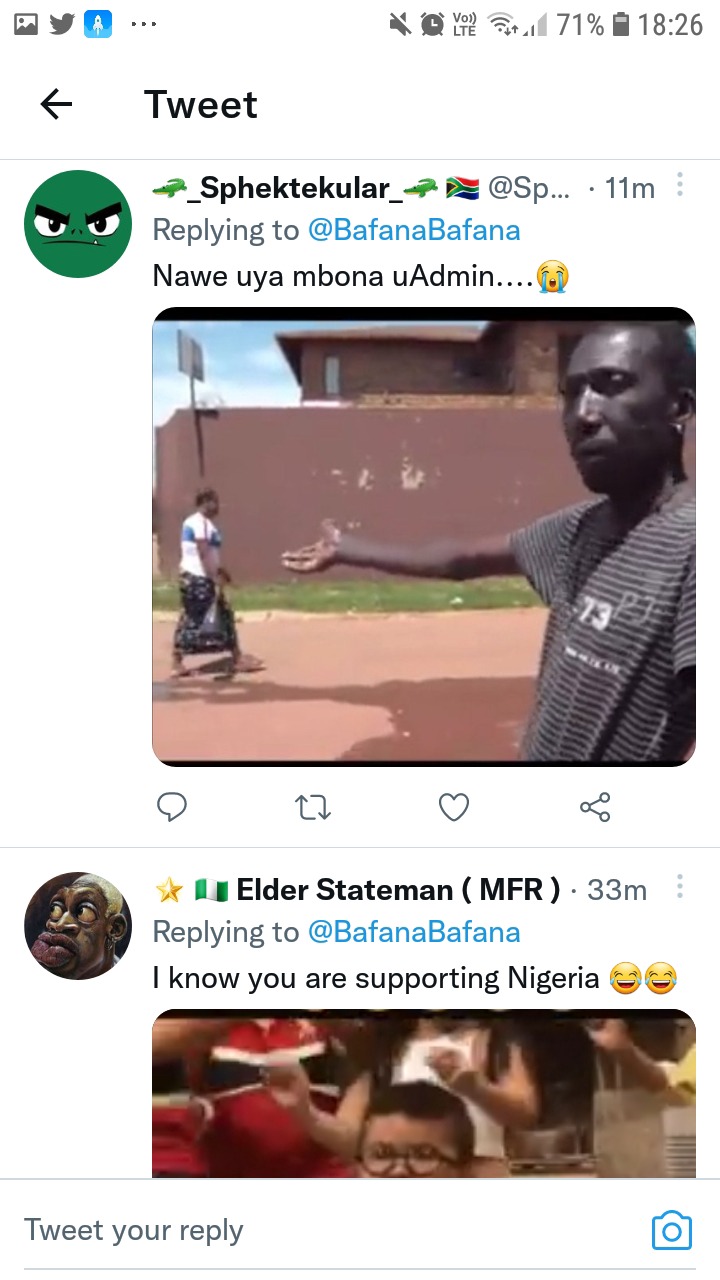 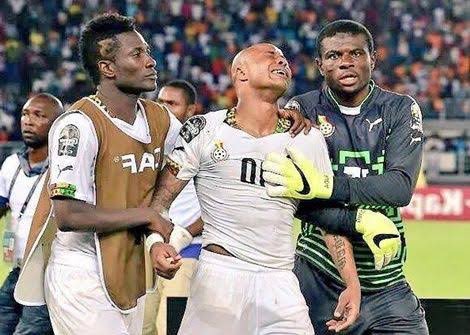 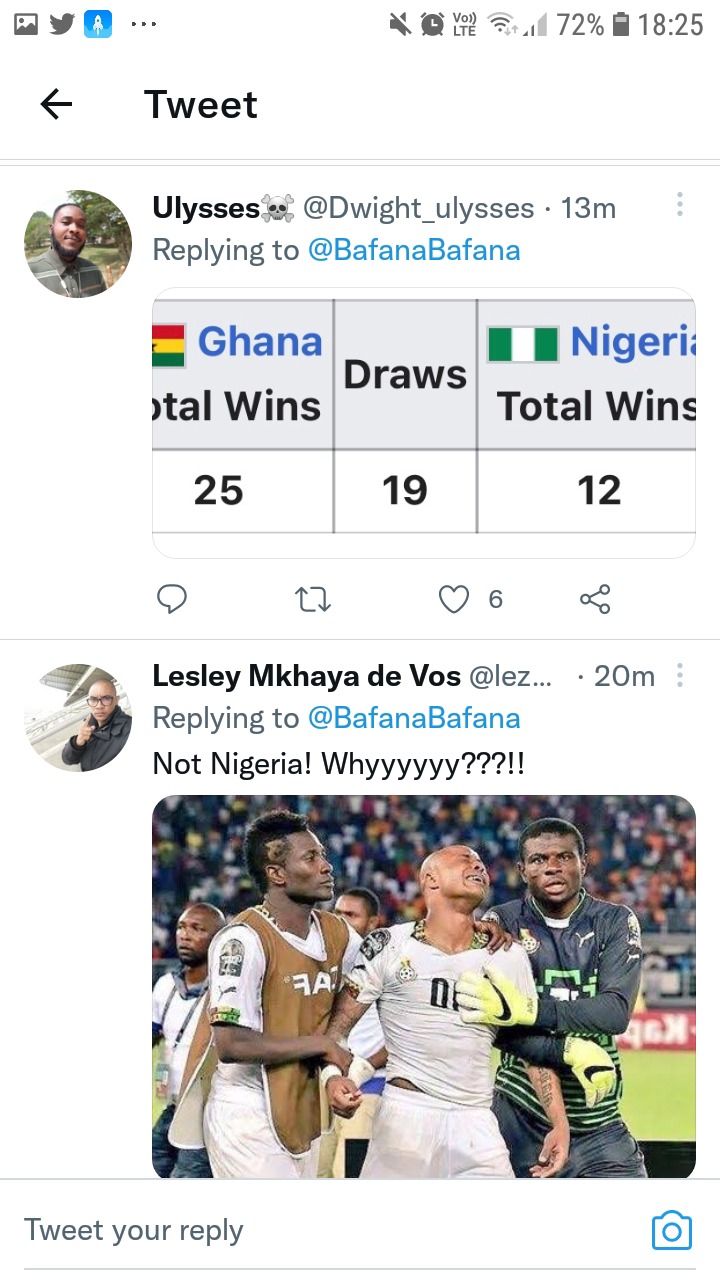 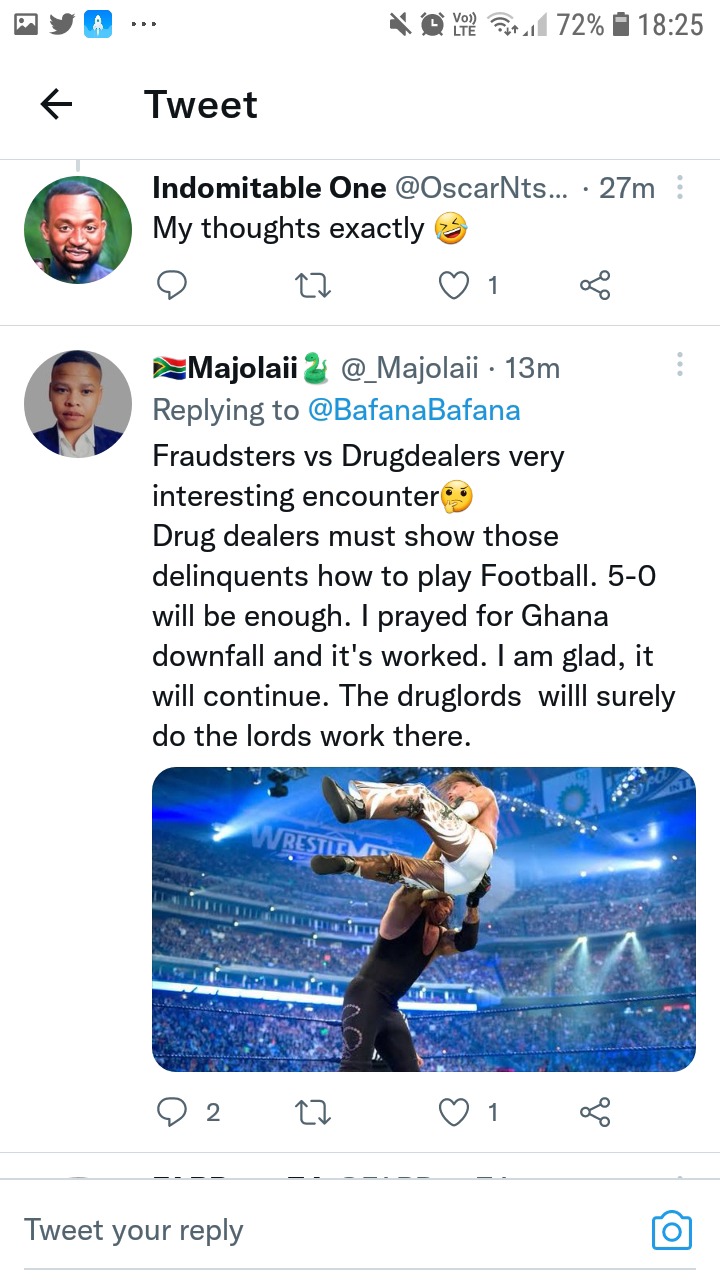 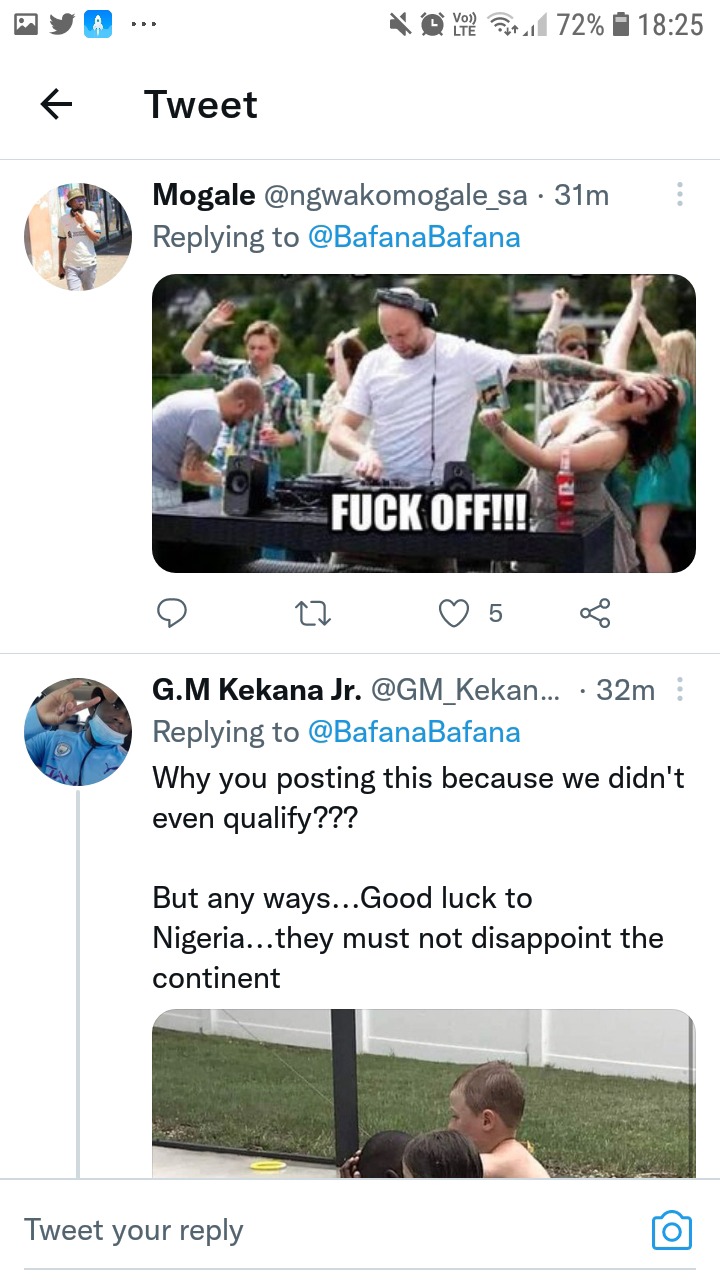 The Bafana Bafana Twitter official page has just published the world cup qualifiers play offs fixtures,the south africans were very happy to learn of Ghana's opponents.Ghana will take over Nigeria in the play offs,Nigeria is known to be one of the most tough nation when it comes to football.The south african football fans haven't been wishing the Ghanaians good after they knocked their national team out of the qualifiers.Some of the social media users wanted to know why the Bafana Bafana official Twitter page published such documents.

Do you think Ghana will make it to Qatar?