Kenny Omega responds to criticism of the Undisputed WWE Universal Champion on Twitter. 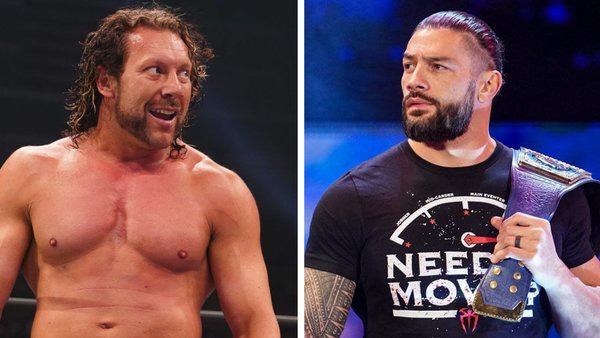 Kenny Omega believes that a match between himself and WWE's Roman Reigns "would surprise a lot of people."

The former AEW World Champion made this statement in response to an argument in his Twitter mentions. When one user claimed, apropos of nothing, Reigns was a superior wrestler to Omega, another responded that the reigning Undisputed WWE Universal Champion "couldn't last 5 minutes in the ring with Omega."

This drew the following response from Kenny:- 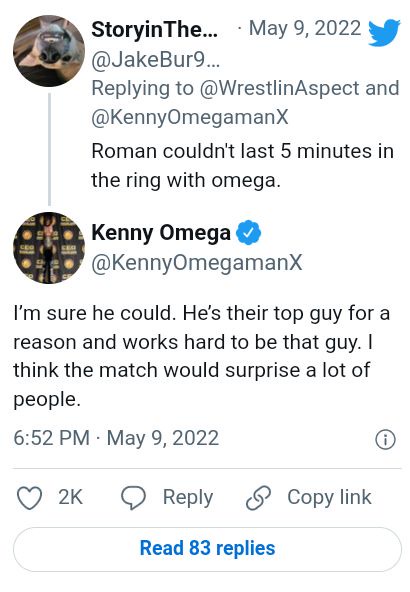 Barring a major change in circumstances for one of the involved parties, it's unlikely that such a match will ever take place. Nonetheless, it would likely sit highly on many a fans' most-wanted list for a dream AEW vs. WWE card.

Omega is yet to wrestle in 2022, having taken time off to undergo multiple surgeries and deal with myriad health issues in November 2021. There is currently no timetable for the wounded AEW star's televised comeback.

Reigns, meanwhile, is operating on a diminished schedule after agreeing on a WWE contract demanding fewer dates of him. The Undisputed Universal Champion is currently closing in on two years as WWE's top guy since returning in August 2020.

PRAYER: Lord, Help Me To Forget My Past So I Can Face The Future