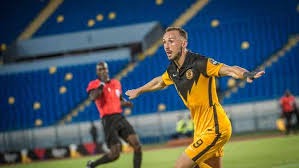 Kaizer Chiefs coach Stuart Baxter could have been vindicated in the teams' last two matches, where they could not score in open play, without star striker Samir Nurkovic.

Of course, prior to Nurkovic undergoing surgery on a knee problem, Chiefs suffered heavy defeats in his presence but comparing with the games that he has since missed, Amakhosi do not look dangerous upfront.

Baxter caused a lot of debate, of whether it was the right thing to tweak Nurkovic's position, from the centre-forward role and play him as a left-sided forward, with Khama Billiat playing in the centre and Keagan Dolly on the right. 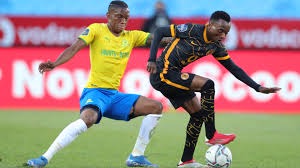 As Chiefs lost games to Mamelodi Sundowns and Royal AM, even from the start of the season, fans were calling for Nurkovic to be benched, perhaps for his lack of mobility but they did not notice that his presence created a lot of space for the likes of Billiat to run in behind and when he was on the pitch, Amakhosi were creating plenty of chances.

"I think if you analyse Chiefs very closely [and] the transitional style of play that coach Stuart has come up with, I think, in my personal opinion, having him on the left [makes sense], particularly when you look at the schemes they use with Khama running in behind him, and even sometimes when they try to build from the back," Mokwena said of Baxter's Nurkovic tactic, as quoted by Kickoff. 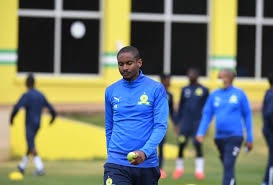 "Then to get possibilities on transition, or when they develop the play from the second ball, he's the right profile to have those skills. There's a lot of intelligence and wisdom in the approach and for me, as a coach, it makes sense and it becomes difficult to deal with," he said.

The first game Nurkovic missed was against Marumo Gallants, where they played to a goalless draw, a match they almost lost if it was not for the heroics of goalkeeper Daniel Akpeyi.

Attacking wise, Chiefs were predictable because it's much easier to take Billiat or Dolly out of the game than it is to take out Nurkovic, who is very uncomfortable to mark and is very boisterous. 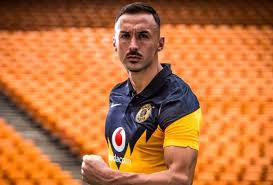 AmaZulu coach Benni McCarthy, after playing to a 1-1 draw with Amakhosi, says he knew they did not have the quality to break them down.

"They don't have the quality to open us up, to break through us and create clear goal-scoring opportunities. From the last few games we’ve seen, they are still finding their feet. I knew that was a disadvantage to them," McCarthy said after the match, as per Kickoff. 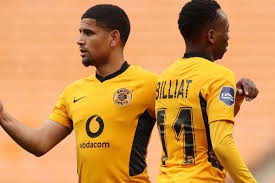 The attacking quality was heavily reduced by the absence of Nurkovic. Not many teams are comfortable having to face him and his contribution should not be reduced to how many goals he has scored but the space he creates, especially playing out wide.

Nurkovic could be out for a long time after undergoing surgery on his knee and fans who were calling for his exclusion in the team, could be the ones missing him the most in the upcoming matches.