By Calidio (self media writer) | 2 months ago 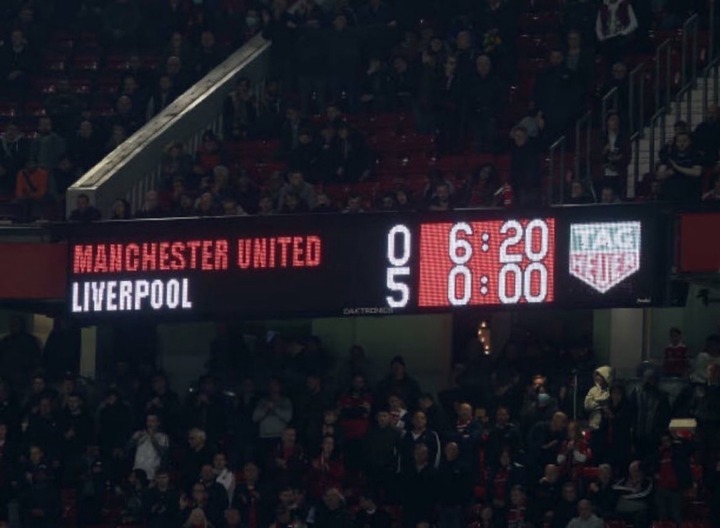 Liverpool came, saw and conquered Manchester United. It was a day to forget for the red devils after suffering a humbling 5-0 defeat at the hands of the ruthless Merseyside. The clash the world had been waiting for, finally came and it had all the drama you can think of. The clash between Ronaldo and Mo Salah. The Egyptian king obviously took home this one with a deserving hat-trick at Old Trafford.

It only took 5 minutes for Liverpool to break the deadlock. Naby Keita set up by Salah after a brilliant flowing move left the United defense chasing shadows.

Stunned by the early goal, Jota soon made 2 for the reds a few minutes a later after receiving a square ball to slide in an empty net. The Manchester defense was very shacky and Liverpool took full advantage of it again this time Mohamed Salah taping in from close range to make it 3-0 in the first half. 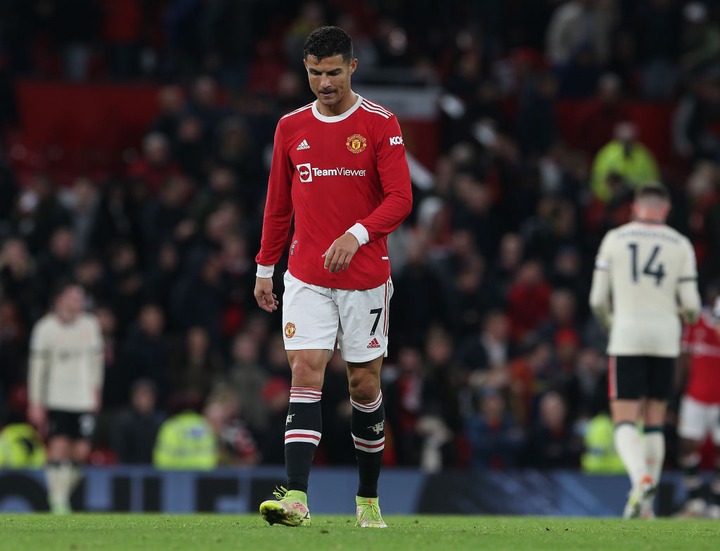 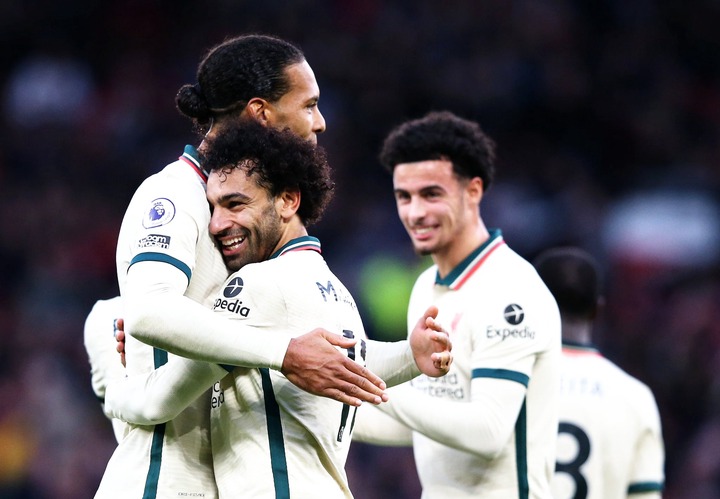 Manchester United came back from a 2 nil deficit midweek in the champions league and were hoping to repeat the same magic. It was not to be, a the reds looked like scoring every time they went forward. Salah scored his second of the match to make it four to Liverpool before the first interval. The red devils had tempers flying all over the field as they had 8 players booked. Desperate to come back into the game Pogba was introduced from the bench and only lasted for 15 minutes after receiving a red card for a bad foul. Mo Salah completed his hat-trick in the 50th minute to end any hopes of coming back for Manchester United taking the scoreline to 5-0. Superstar Ronaldo had the ball on the back of the net but VAR ruled it for offside. 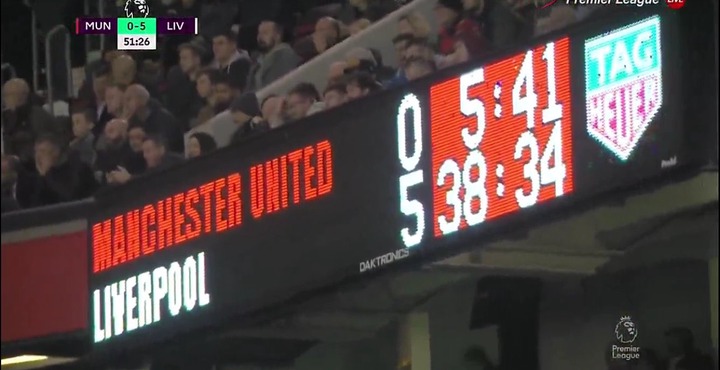 The match ended 5-0 in favour of the reds. The result moves Liverpool back in second place 1 point behind leaders Chelsea. Meanwhile United slip down to 7th place.

Content created and supplied by: Calidio (via Opera News )