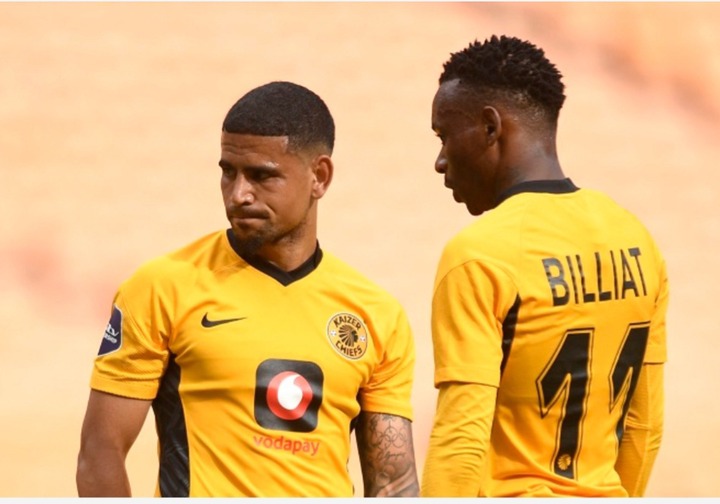 Kaizer Chiefs' rise to second place in the DStv Premiership table has Amakhosi supporters dreaming of a league triumph in May.

In a Soweto derby encounter in Dobsonville on Sunday, the Soweto giants thrashed struggling Swallows FC 3-1.

Amakhosi took the lead in the 42nd minute when Keagan Dolly scored his sixth league goal, which was quickly doubled by Khama Billiat. Billiat's second goal in the 53rd minute put the game out of reach, but Swallows skipper Lebogang Mokoena pulled one back in the 64th minute.

Chiefs moved into second position, eight points behind leaders Mamelodi Sundowns and one point ahead of Royal AM, after their victory.

They've played one more game than Downs and Royal AM combined.

It will take a lot to catch up to the league's undisputed leaders, but there are still a few months remaining in the season.

The Chiefs are managed by Stuart Baxter, the last coach to lead them to a league triumph in 2015.

Since then, Amakhosi have gone an unprecedented six seasons without winning a trophy.

While many have praised the squad's recent "revival," others have questioned Baxter's coaching and stated that the team is performing well despite, not because of him.

Watch: Driver fills tank and drives off without paying, Here Is What The Petrol Attendant Did