Kaizer Chiefs supporters are boiling with anger tonight. They just played a 1-1 draw against Baroka and the results were unnecessary for Amakhosi as they had the change to bury the results and move to Top 8 but the substitutions made by coach Gavin Hunt did not allow. 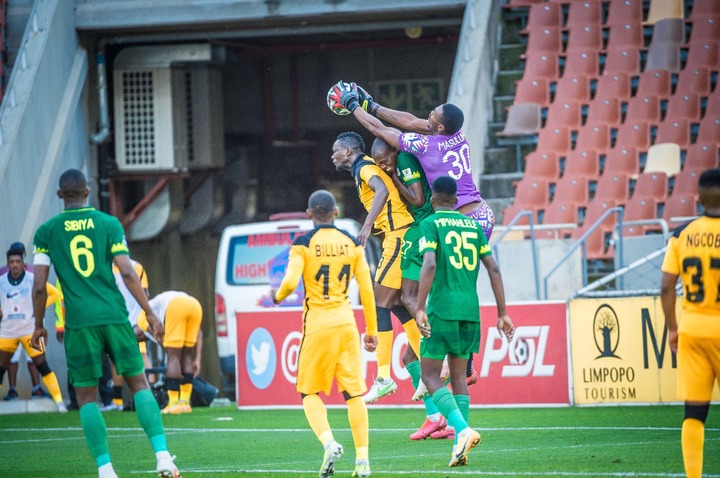 Hunt took out Nkosingiphile Ngcobo and a goal scorer, Lebogang Manyama who were both creating probl;ems for Baroka defense. what angers the fans the most is that instead of bringing Dumisani Zuma, he brought Nkambole for Manyama. Baroka found spaces in Kaizer Chiefs midfield and they ended up getting an equalizer. 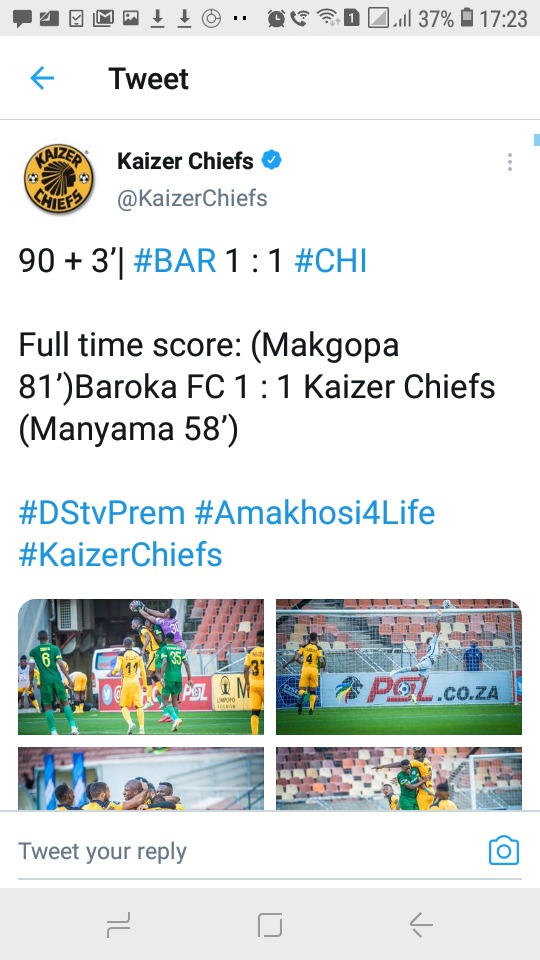 Instead of replacing Samir Nurkovic with another attacker such as Zuma, Hunt brought in a a defensive midfielder in Willard Katsande.

The Amakhosi fans are very angry at their coach especially after what Dumisani Zuma did for them on a match against Horoya.

even Benard Parker had no impact in a game but he was kept for 90 minutes while there is someone like Baccus on a bench.

the way that the fans are so angry at Hunt, it does not look like there will be anyone among them who will try to defend his decision making because it seems if he failed to manage the match. 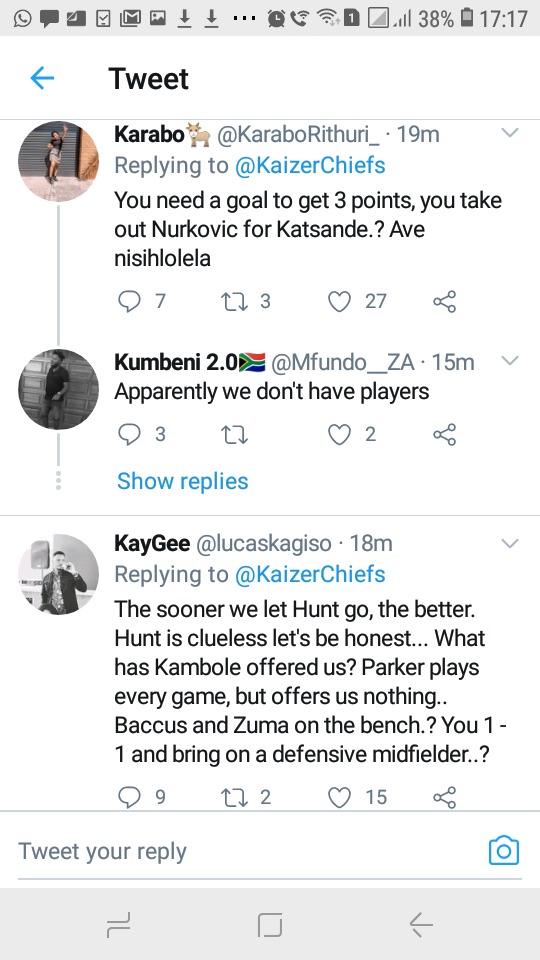 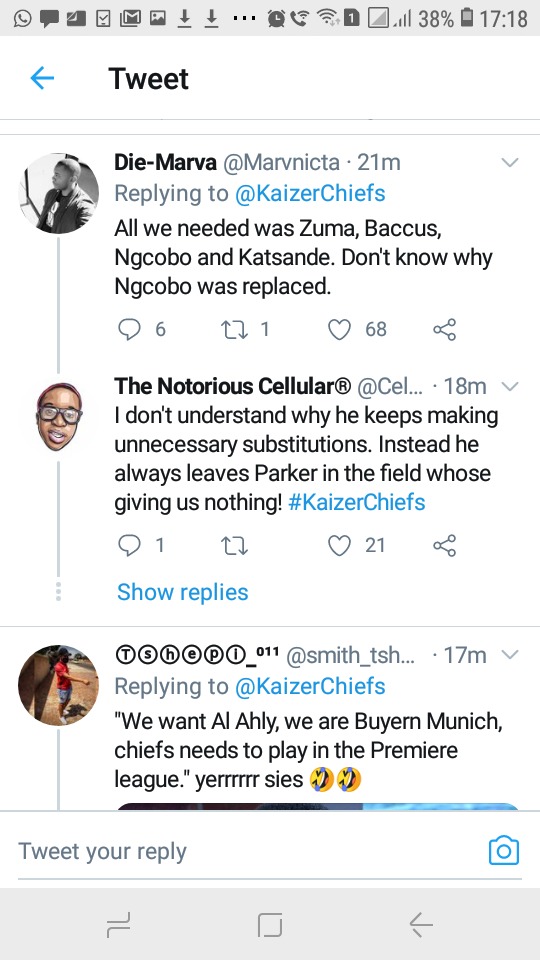 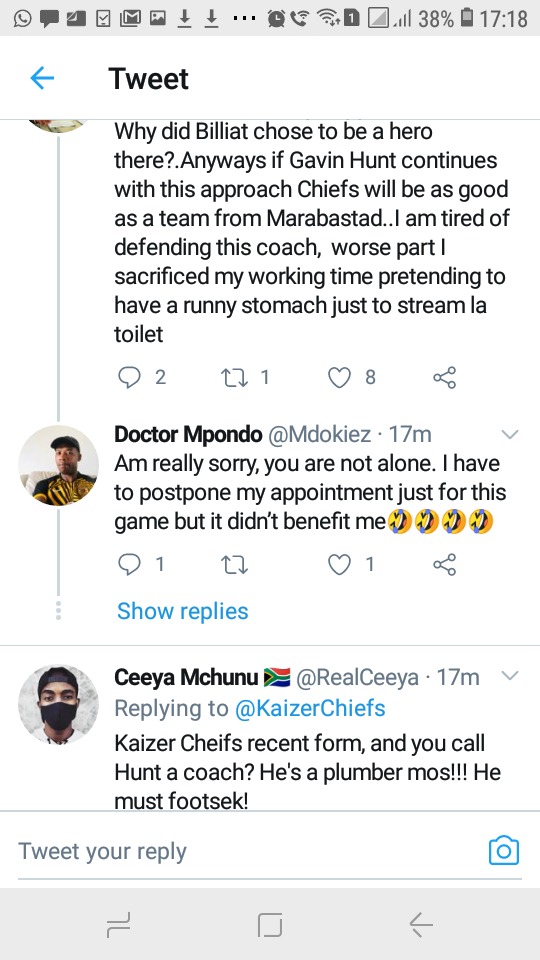 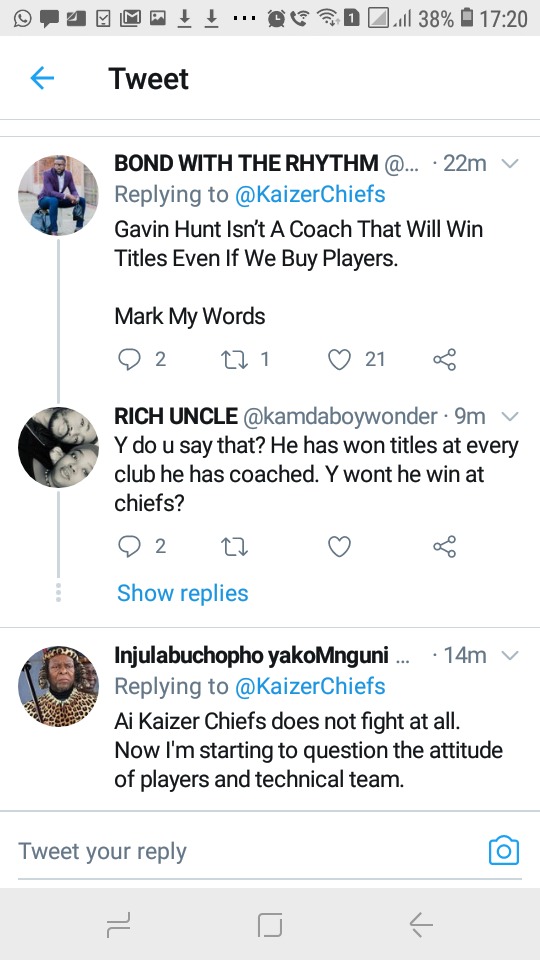 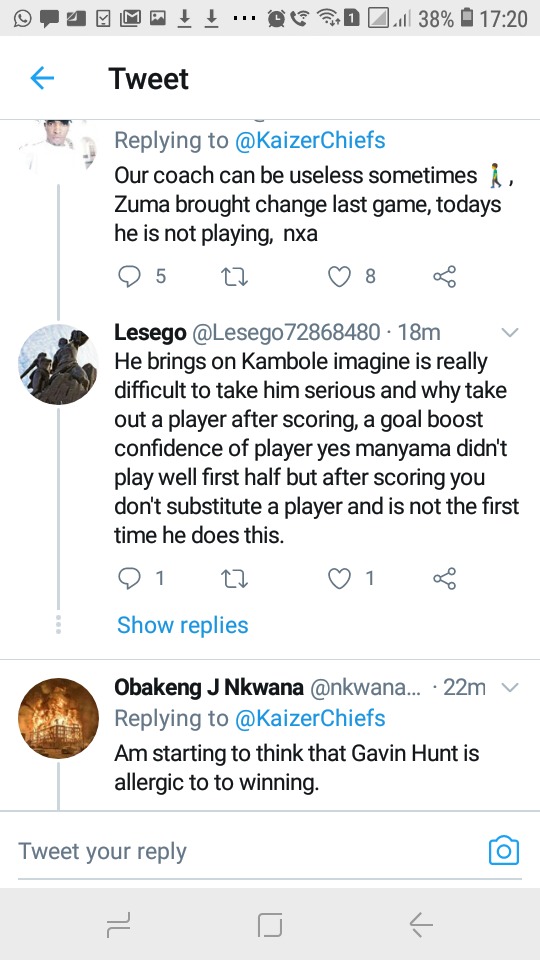 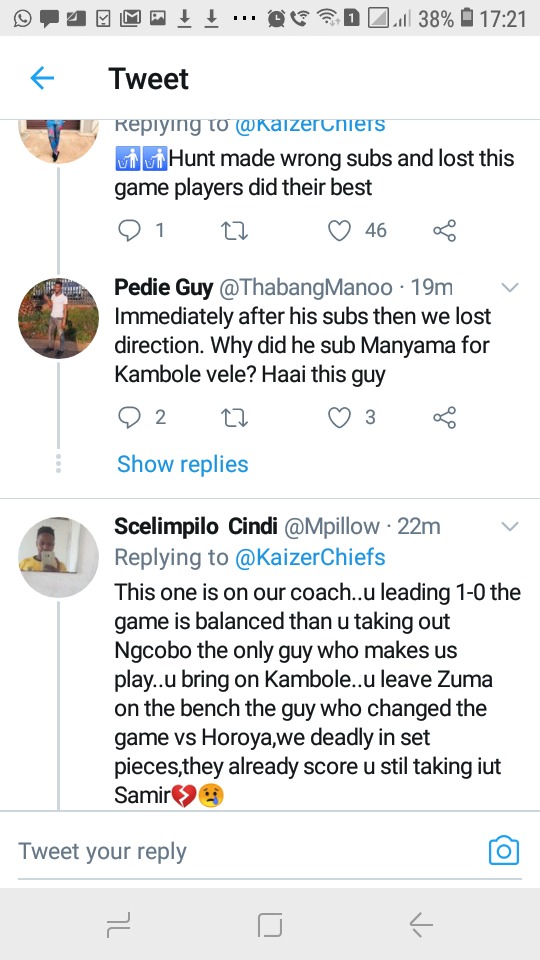 Duarte Gives Magashule Ultimatum, If He Doesn't Comply, This Might Happen

A worm found inside Woolworths salad, the public reacts

Fikile Mbalula warns Carl Niehaus that his behaviour is problematic