One Bafana Bafana star has comented about there incident, that happened in Bafana Bafana humiliating defeate against word Champions France.

He is the smallest player for TS Galaxy, that Ethan Brooks. But always at his best no matter who he comes up against. The 20-year-old always plays his heart out.

After finishing on position nine in the 2020/21 season, which was their first in the DSTV Premieship. The club had to batte relegation in the season that just concluded, but they managed to survive with Brooks playing a huge role. 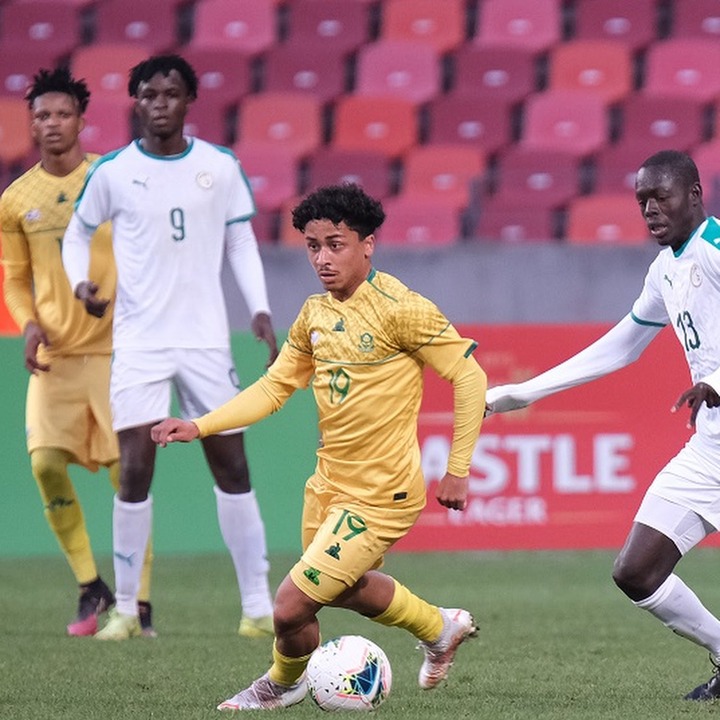 Brooks performances at TS Galaxy also impressed Bafana Bafana coach Hugo Broos, as the young star played a huge role in Bafana failed bid at qualifying for the World Cup. Although Brooks has impressed but, he has some worrying stats since he joined TS Galaxy. He is yet the score or assists for TS Galaxy.

That is not good for a attaching midfielder, as a lot of people the goals and assists for attacking players. Brooks opened about the criticism they recived as players. After rushing to take selfies with France players. After a humiliating 5-0 defeat. He admitted it was unprofessional.

It was not always our intention ti do that our aim was to play Gunea and France. But we don't get to see this guys often. Yes it was unprofessional to take pictures directly after the game. But its a once in a lifetime opportunity, Brooks told Soccer-laduma. Check Out Fascinating Stories of Twins Who Were Separated at Birth