Top 20 Celebs Who Have Appeared In The WWE

Wrestling superstars are larger-than-life characters who frequently make the transition to Hollywood in order for their stars to shine even brighter. However, celebrities occasionally make their way into the ring, and this mainstream crossover usually helps the wrestling industry gain even more recognition and respect. Here are the top 20 athletes that have had the most effect in and around the ring. 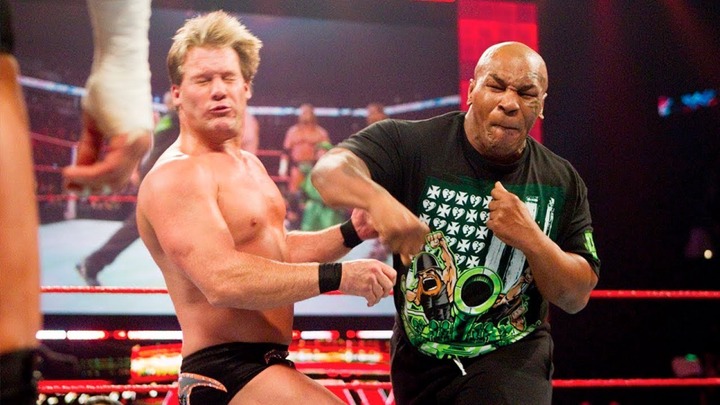 On WrestleMania XIV, Tyson appeared as a "special enforcer" between Steve Austin and Shawn Michaels. In 2010, he was a guest host on WWE's RAW, and in 2012, he was inducted into the Hall of Fame's celebrity wing. 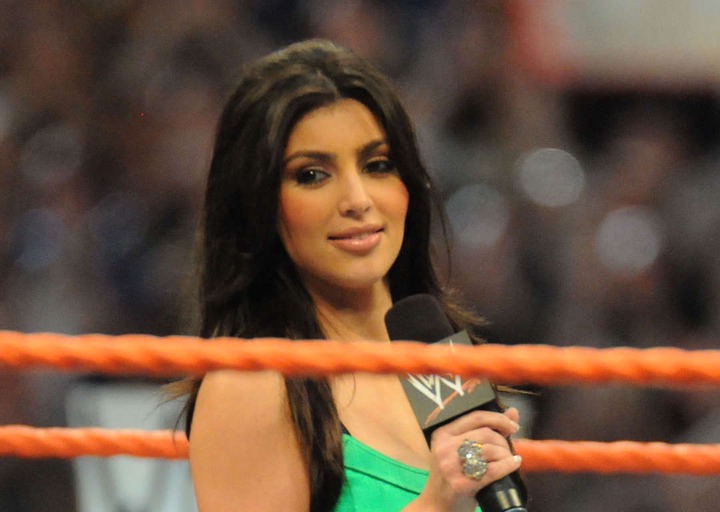 The reality TV star and former Playboy Bunny was one of several celebrities who attended Wrestlemania XXIV (pictured) on March 29, 2008, at the Citrus Bowl in Orlando, Florida, United States. 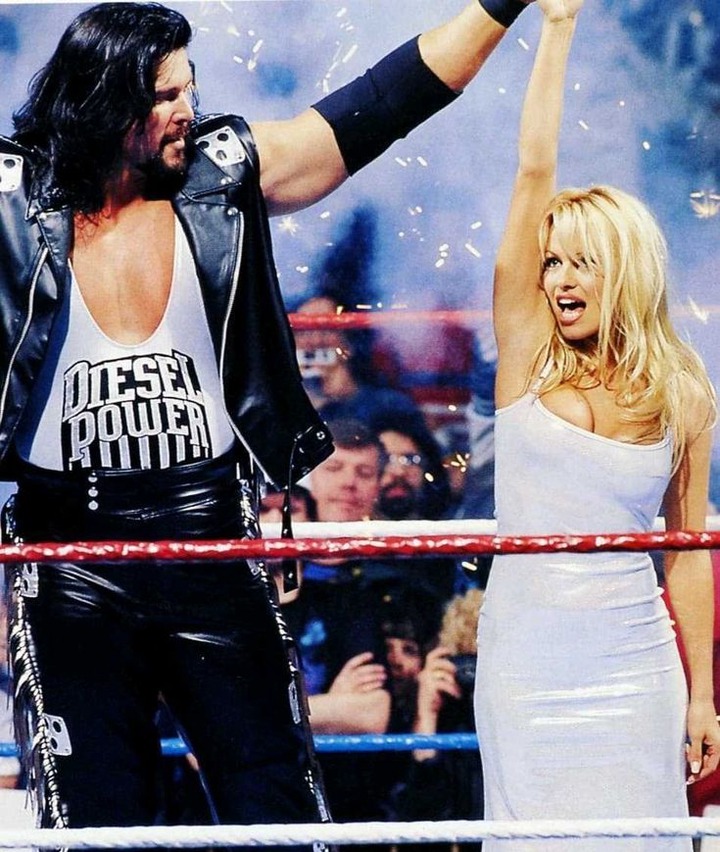 Anderson served as a guest valet for Diesel during his encounter against Shawn Michaels at WWF's WrestleMania XI. Diesel won the match and took Anderson's and Michaels' valet Jenny McCarthy with him. 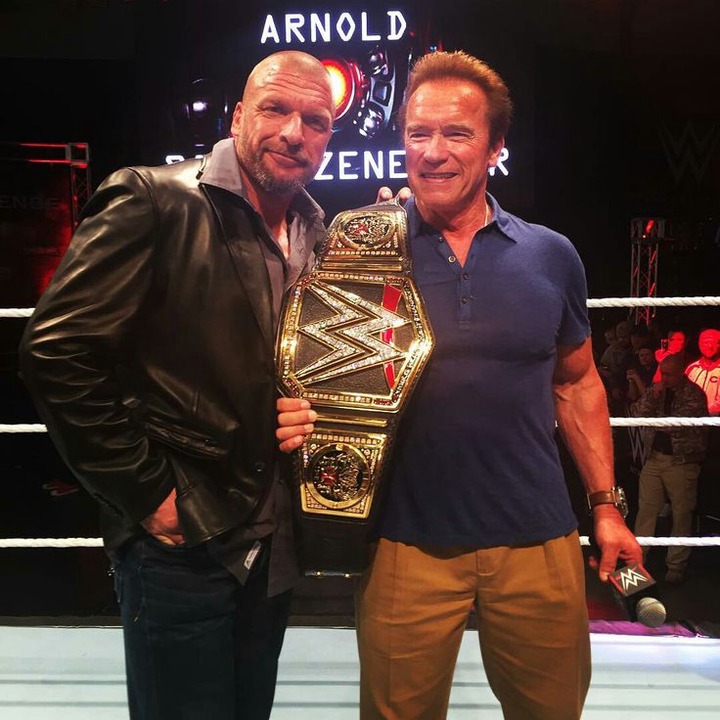 Schwarzenegger was recognized into the WWE Hall of Fame class of 2015 after multiple appearances on WWE Monday Night RAW and Smackdown. 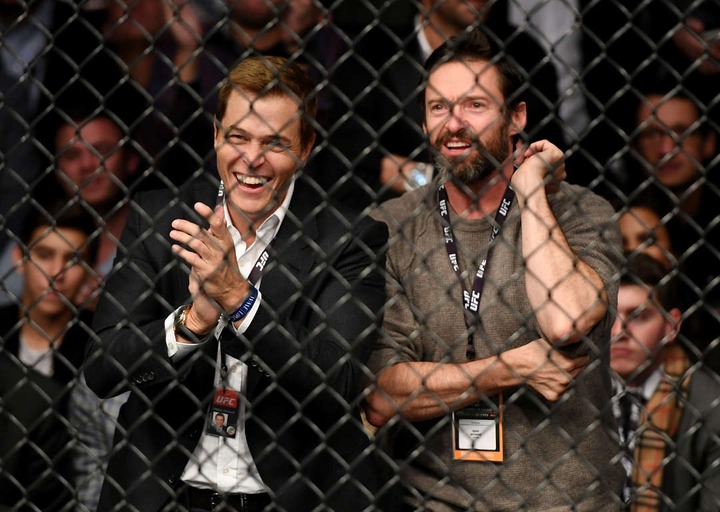 On September 19, 2011, the actor appeared as a guest star on WWE Monday Night RAW for a match between Zack Ryder and Dolph Ziggler. 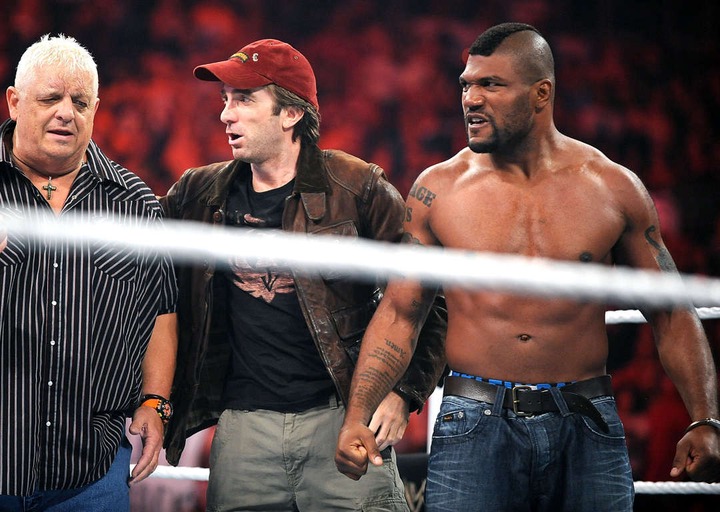 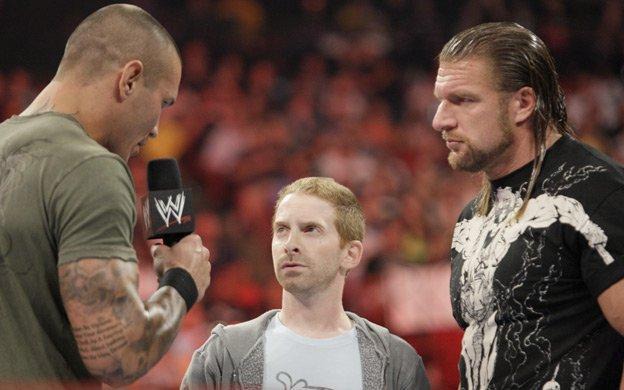 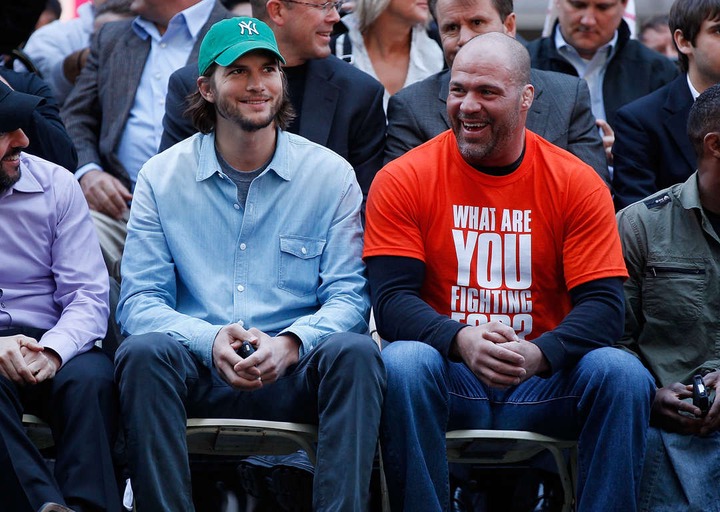 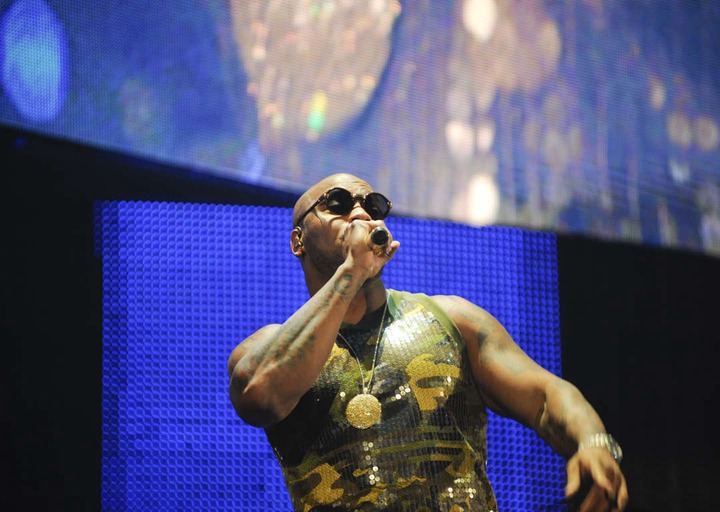 In 2012, the rapper made his debut at WWE's WrestleMania XXVIII.

On December 9, 2012, in Norfolk, Virginia, United States, Flo Rida performs during the 10th anniversary of WWE Tribute to the Troops at Norfolk Scope Arena. 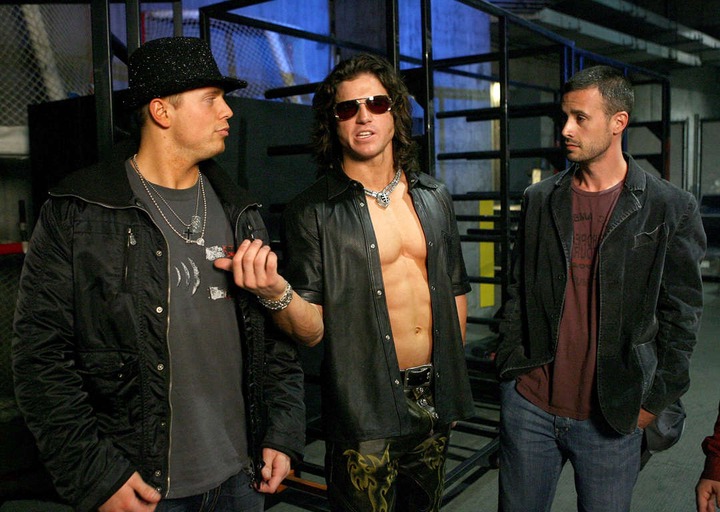 The actor from "I Know What You Did Last Summer" joined the WWE creative team for its Smackdown brand, which lasted until 2009. From 2010 through 2012, Freddie Prinze Jr. was the producer and director of WWE.

On December 9, 2012, in Norfolk, Virginia, the singer performed during the 10th anniversary of WWE's "Tribute to the Troops" (shown) at Norfolk Scope Arena. On April 6, 2018, he was inducted into the WWE Hall of Fame. 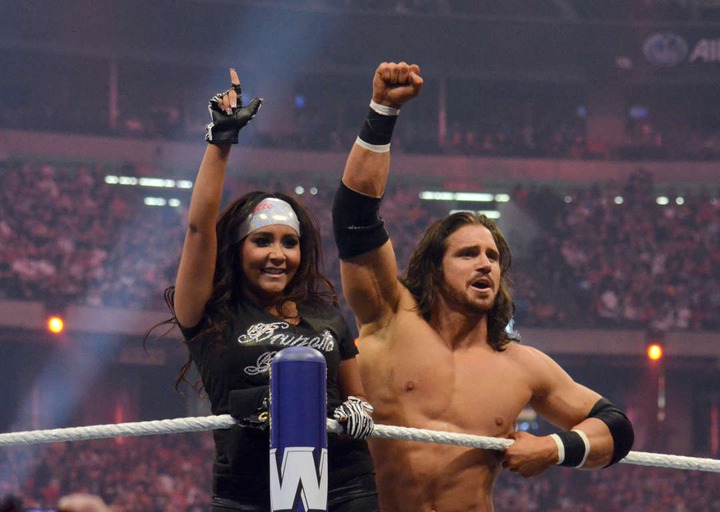 In 2011, the reality TV star was a guest host on WWE RAW and competed in WrestleMania XXVII. 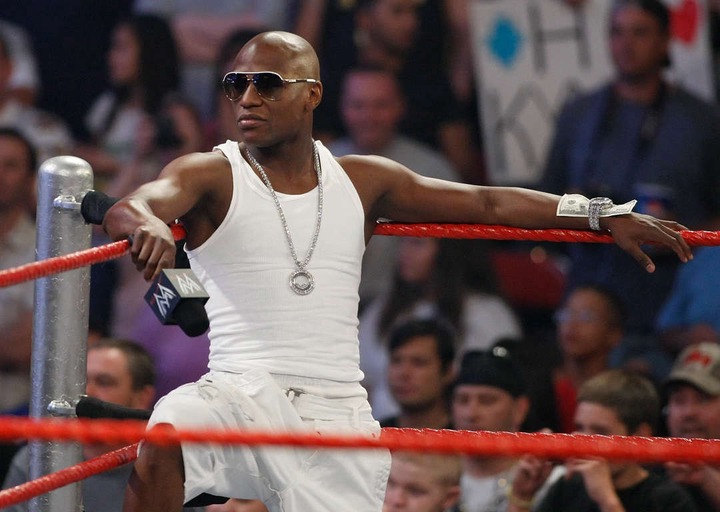 On Aug. 24, 2009, Floyd Mayweather Jr. arrived in the ring (shown) at the Thomas & Mack Center in Las Vegas for the WWE Monday Night RAW program. During the telecast, Mayweather served as a special guest host. The boxer has previously been on a WWE pay-per-view event, when he was involved in a narrative feud with Big Show. 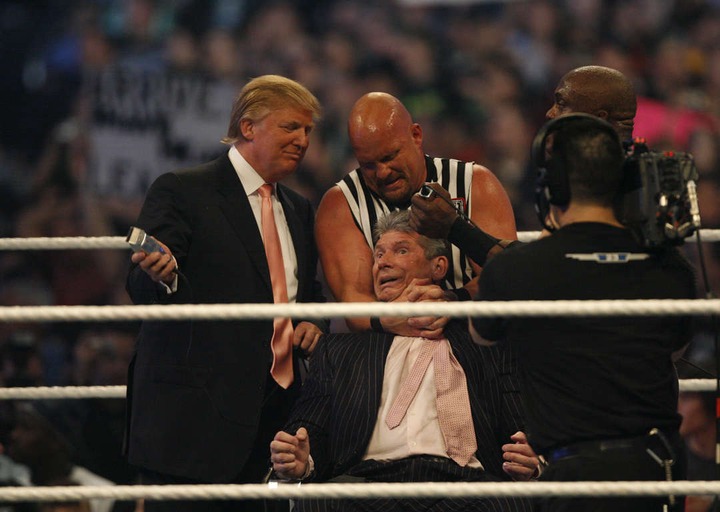 Trump has appeared on WWE several times, including the two times he staged WrestleMania IV (1988) and WrestleMania V (1989) at his Trump Plaza hotel (1989). In 2013, he was inducted into the WWE Hall of Fame. 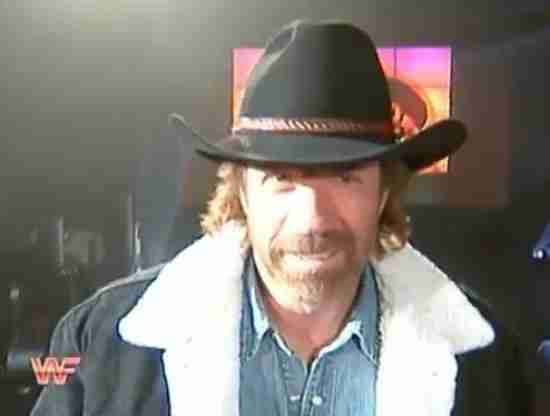 At the World Wrestling Federation's Survivor Series event in 1994, the karate champion delivered a roundhouse kick to an interfering Jeff Jarrett. For a match between Yokozuna and Undertaker, he was a special outside enforcer. 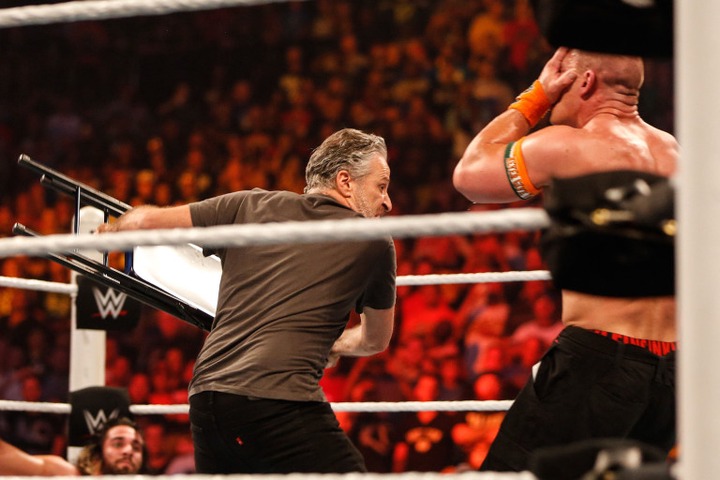 On August 23, 2015, the "Daily Show" host was spotted presenting WWE's SummerSlam and participating in the main event. 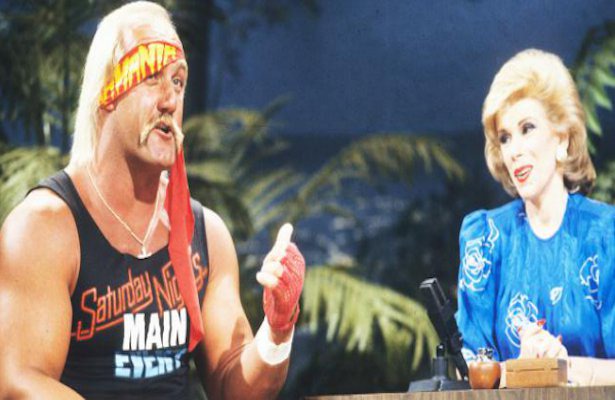 In 1986, the stand-up comedian served as a special guest ring announcer at WrestleMania 2.

Rivers appears in the Leicester Square Theatre's performance of "A Work in Progress by a Life in Progress" in London, United Kingdom. 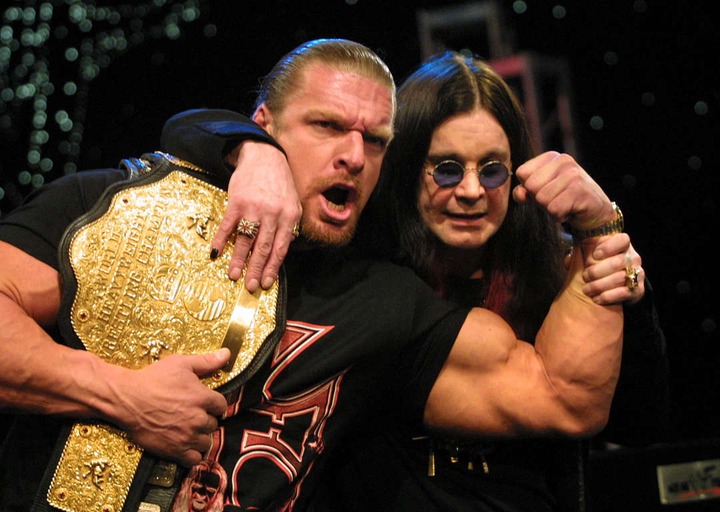 In November 2009, Osbourne and his wife Sharon appeared as guests on WWE's RAW. 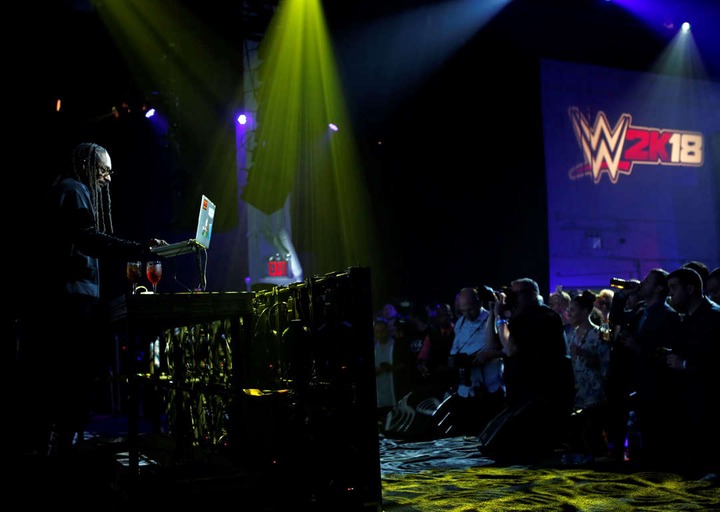 In March 2016, he was inducted into the WWE Hall of Fame's celebrity wing. At WrestleMania XXIV in 2008, he acted as the "Master of Ceremonies" for a match between Maria and Ashley Massaro against Beth Phoenix. He appeared as a guest host on RAW on October 19, 2009. 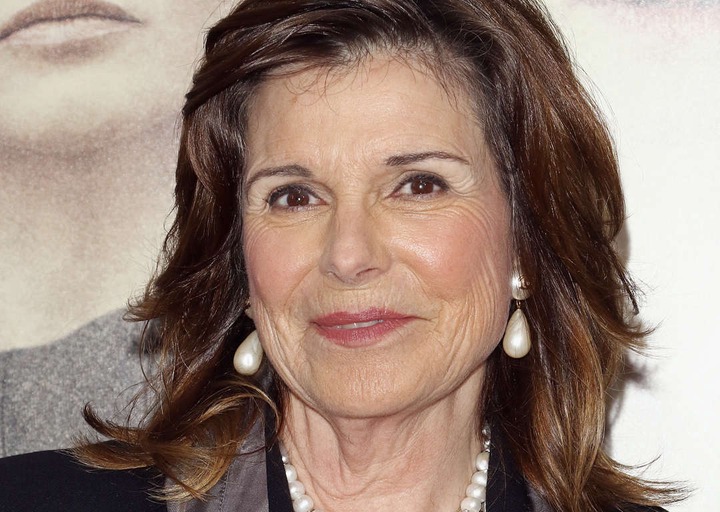 In 1986, she co-hosted WrestleMania 2 with Vince McMohan as a pundit for the WWF.